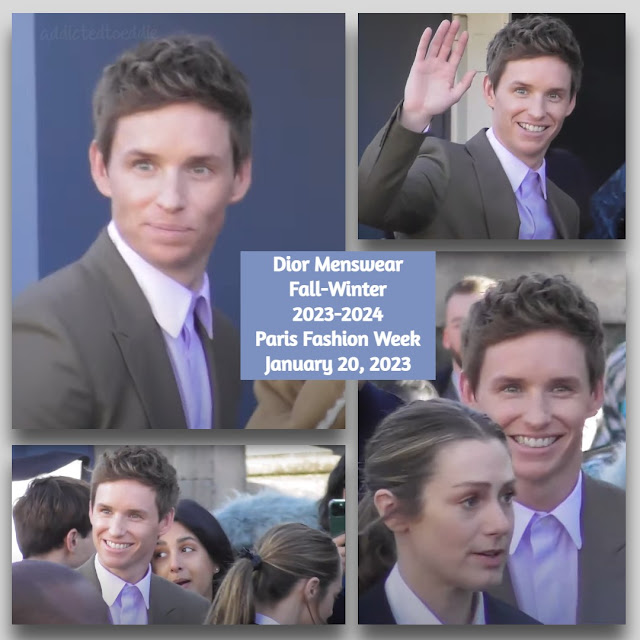 Eddie had a wonderful time at the Fashion show on Friday, Jan.20, 2023.
He sat in the front row with his wife Hannah and met some old friends,
including Robert Pattinson, Gwendoline Christie, and Karlie Kloss.
Videos on my playlist 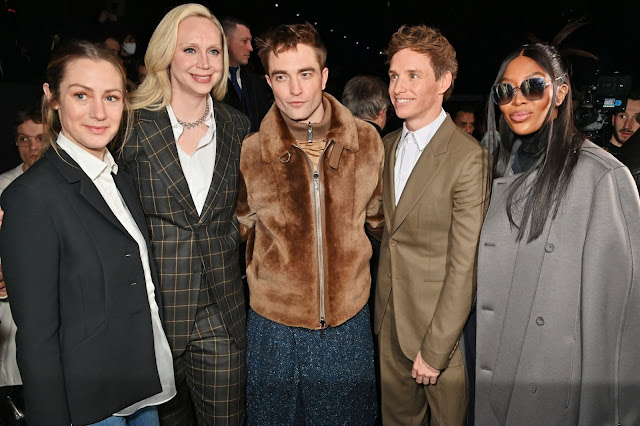 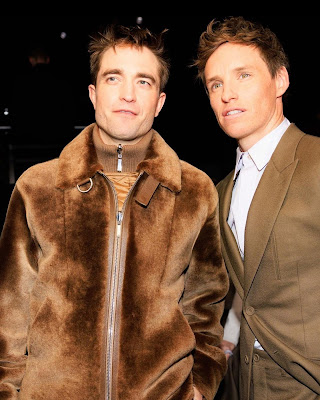 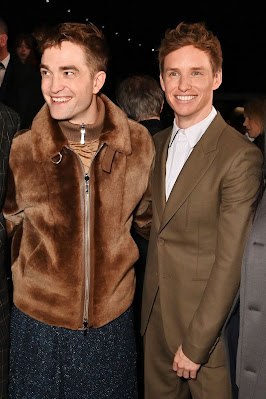 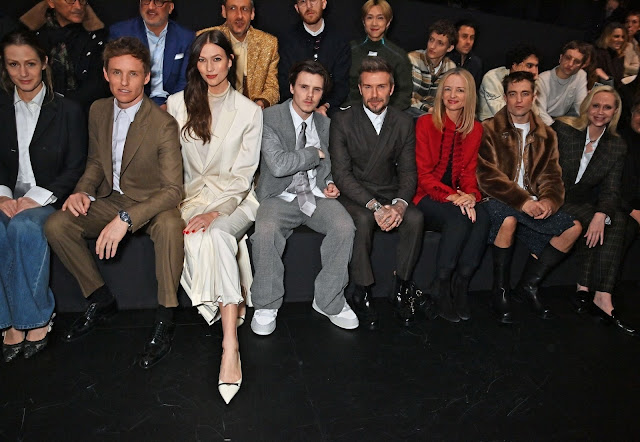 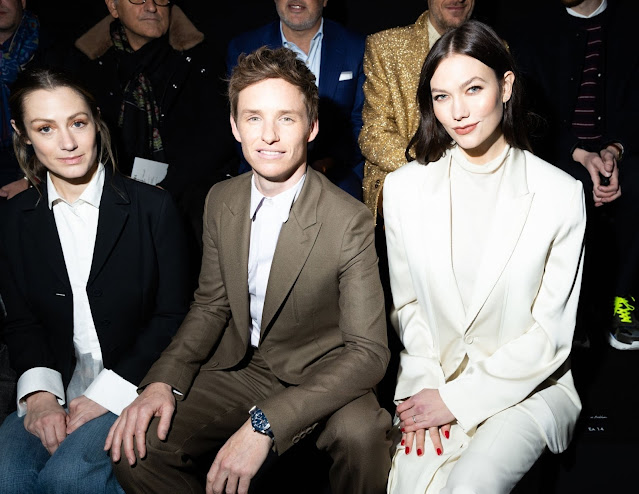 Eddie was sitting between two beautiful women, his wife Hannah and Karlie Kloss. (via)
Eddie had a photoshoot with the supermodel for Vogue in 2011. 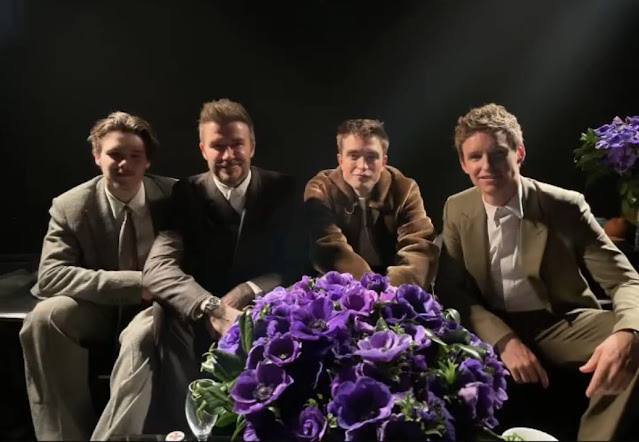 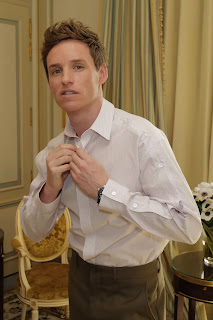 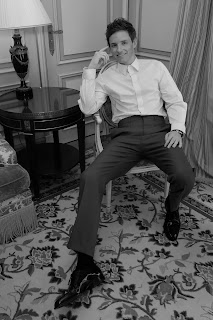 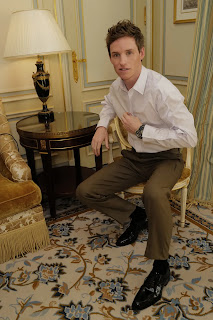 In a new interview for British Vogue, Eddie praises the designer’s formal-with-a-twist
tailoring for its freshness. Also interwoven with those strong-yet-soft lines is the
romanticism the two creatives bonded over upon meeting at a V&A event some years ago,
when Kim Jones, the then-incoming menswear creative director, shared that his obsession
with the Bloomsbury set would underscore his vision for the house. 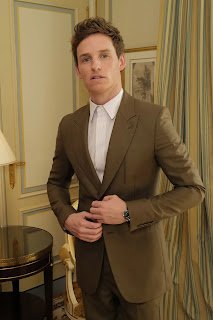 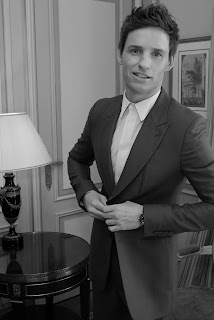 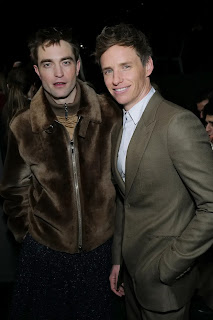 Photos for British Vogue by Darren Gerrish
Read the full article here
Posted by Jutka at 7:43 PM No comments:

The Celebration of the Cabaret Cast Album release 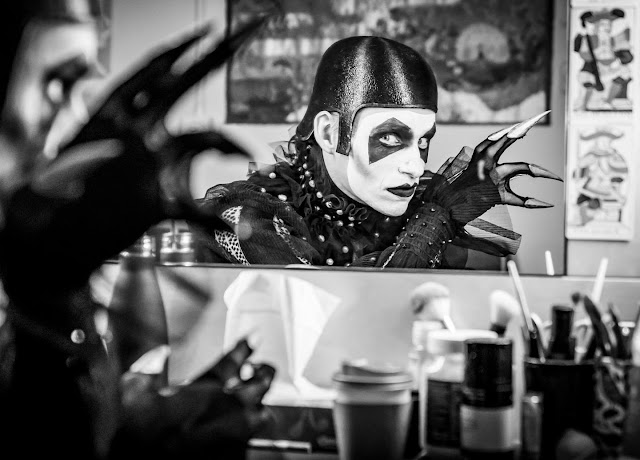 Here's a new backstage photo of Eddie taken by Marc Brenner to celebrate the album release.

More in the related Tumblr posts 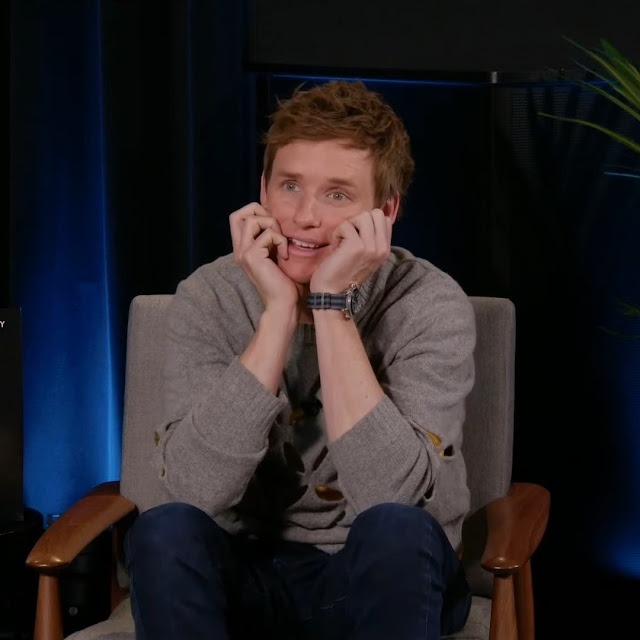 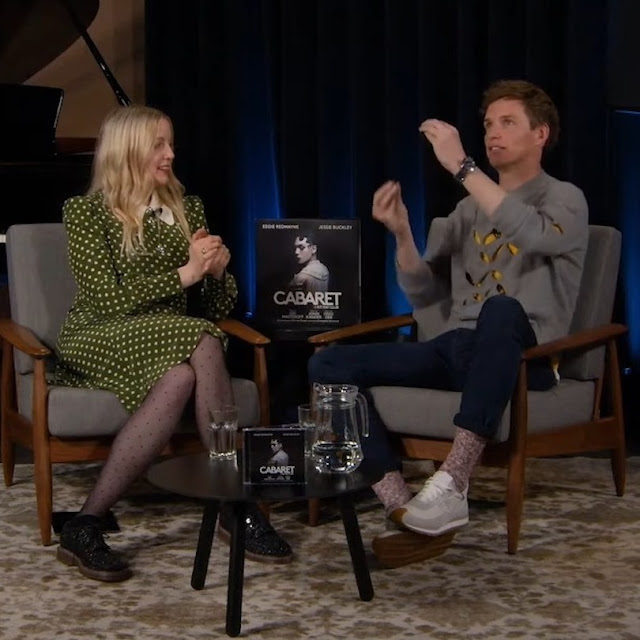 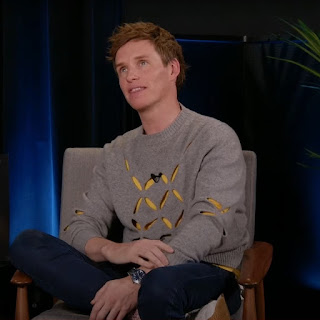 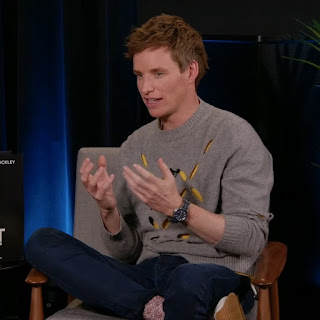 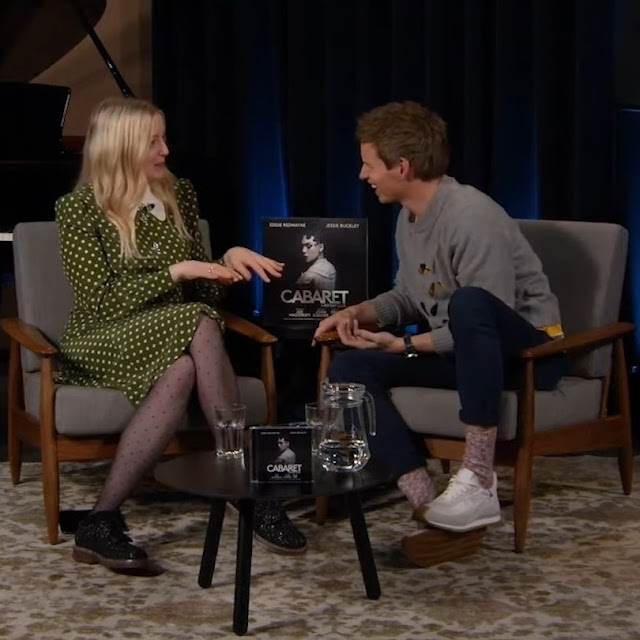 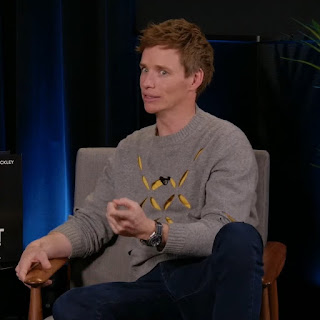 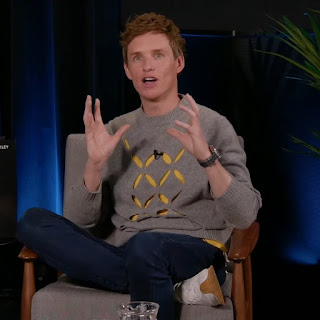 Email ThisBlogThis!Share to TwitterShare to FacebookShare to Pinterest
Labels: Cabaret 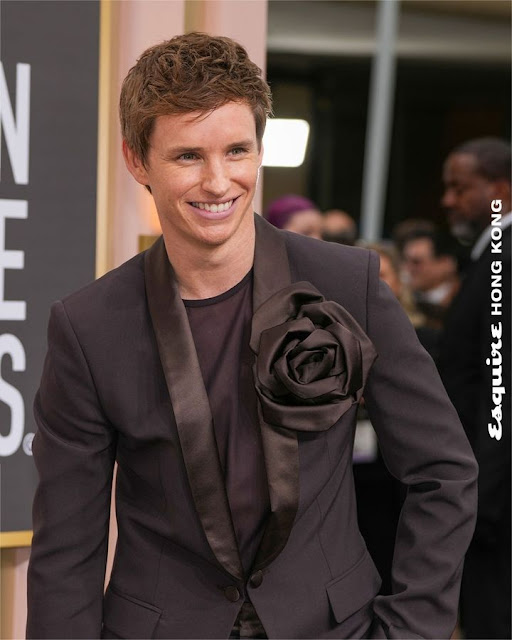 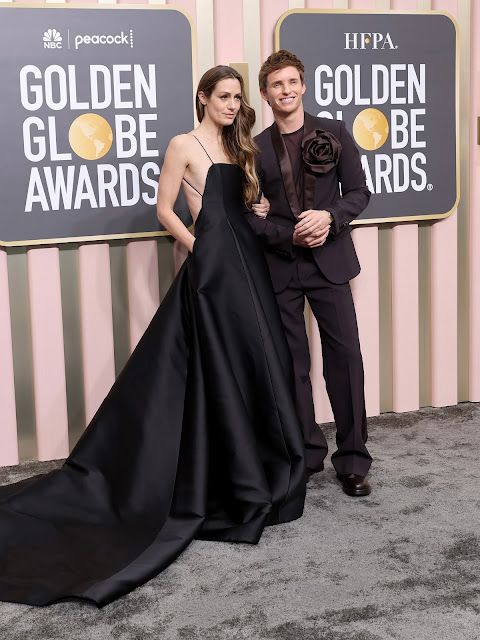 (via)
Eddie attended the Golden Globe Awards with his wife Hannah
on January 10. at The Beverly Hilton in LA. He was nominated in
the 'Best Supporting Actor - Motion Picture' category
for his performance in The Good Nurse. 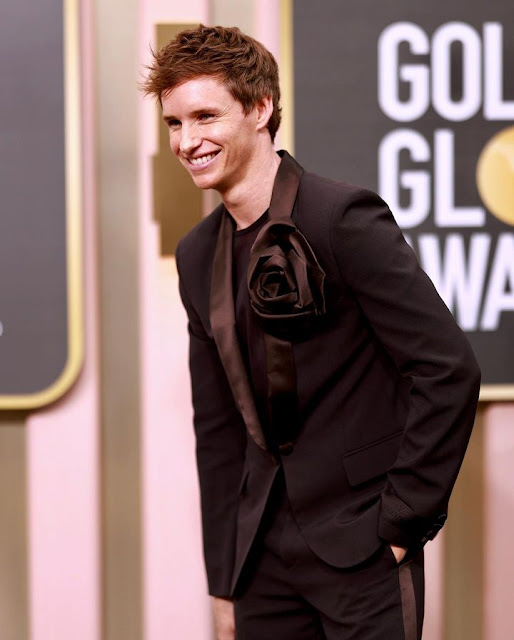 "It's definitely true — I am obsessed with Julia Roberts," Redmayne told E!'s Laverne Cox.
"I told Jessica that Pretty Woman was one of my favorite movies, and Jessica
took it upon herself to try and force Julia to come and say hi," he quipped.
The result? "[Jessica] made it very intimidating, because you wanna be cool
when you meet Julia Roberts, and that was not happening," (via People)
My video playlist 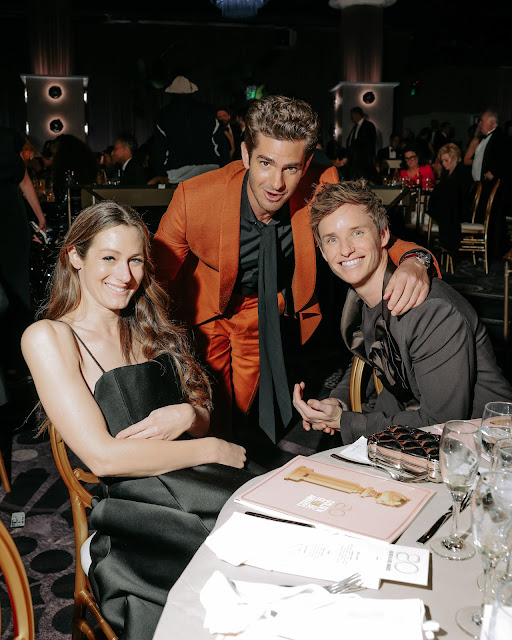 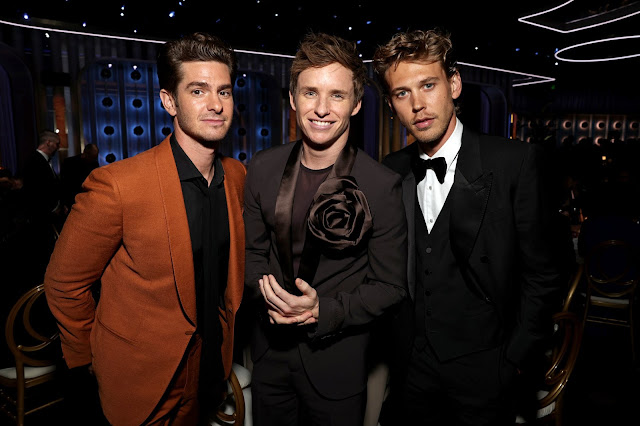 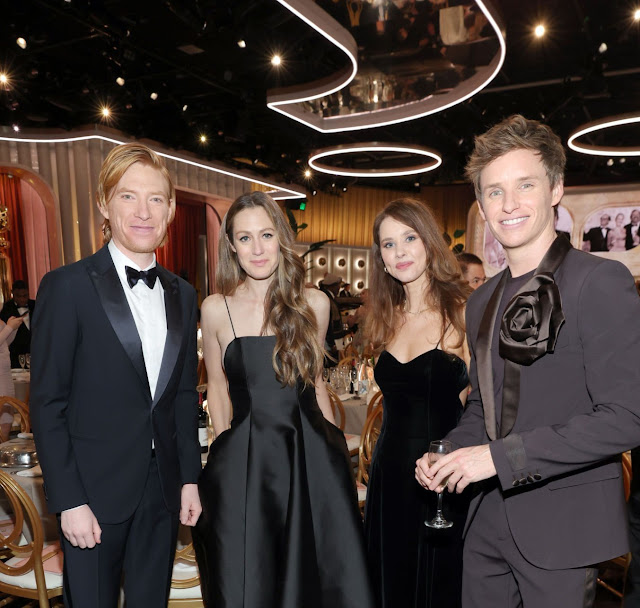