They are mostly positive. The movie is beautiful, technically dazzling and the reviewers praised the
engrossing and emotional performances of the two leads. Some had issues with the flashbacks, they
would prefer a more linear storytelling. It’s worth to see it in 3D on the largest screen possible. 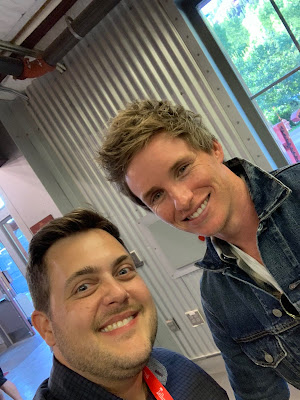 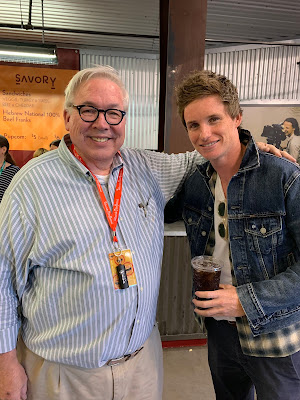 Visually stunning.....so is the movie :) Loads of action and terrific performances
from Felicity... and Eddie, who is of course my new best friend. Kidding but
thank you for the pic. Go see this one on a BIG screen. Chris Schneider
"...Magnificent performance by @EddieRedmayneUK" - Jack Wertzberger

"Felicity Jones and Eddie Redmayne reuniting for this project proves that lighting really
can strike twice. These two have such natural chemistry and play off each other with
ease. Jones portrayal of Amelia is full of energy while Redmayne plays James, a man
dedicated to science. The characters don’t seem like they would work but they do
because of the strong performances..." - Scott Menzel (weliveentertainment)

#TheAeronauts perfectly combines the quiet majesty of the skies and clouds with a high flying adventure that is incredibly human and emotionally engaging. #EddieRedmayne and #FelicityJones give inspirational performances. #TellurideFilmFestival pic.twitter.com/9r7cHzOOzq
— Ashley Menzel at #telluride (@AshleyGMenzel) August 31, 2019

"Eddie Redmayne continues to captures hearts as the charming James Glashier.
His performance is wonderful and I don’t think there is a better actor out there
who could capture the wide-eyed wonder and awe of being 23,000 feet in the air."
- Ashley Menzel (weliveentertainment)

'The Aeronauts' is ambitious in scope. Visuals are a joy. Probably one of the few films that may have benefited from being 3D. Felicity Jones is fearless. Pencil in Steven Price for Original Score. #TellurideFilmFestival pic.twitter.com/Z7XzMuR71q
— Clayton Davis (@AwardsCircuit) August 31, 2019

I just had the pleasure of watching the new Tom Harper film, The Aeronauts, starring Eddie Redmayne and Felicity Jones. Utter brilliance. My hands were sweating the entire time, I was so on edge. Definitely worth seeing.
— Nick Fraser (@FraserFilmMaker) August 31, 2019

Just got out of the World Premier of #TheAeronauts
Gorgeous and tense. An excellent adventure that will appeal to the older crowd. Take your mom. #UnCutGems World Premiere next. Adam Sandler should be in the house. #TellurideFilmFestival #tff46
— brian keasey (@bkeasey) August 31, 2019 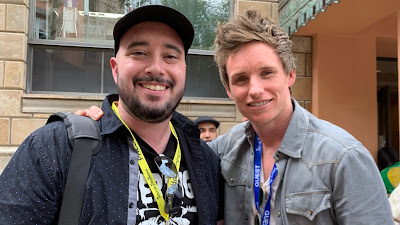 
NBP: THE GOOD - The technicals are all soaring high in this one with
a thrilling third act filled with tremendous stunt-work. Eddie Redmayne
and Felicity Jones make for a great on-screen pair once again.
THE BAD - A quickened pace that forces heavy-handed dialogue to tell
the story. Flashback narrative structure fails to get us invested early on.

A recurring mistake in the articles, that they mention hot-air balloon.
The balloon in the movie actually a gas balloon!!!
Eddie talked about it in an interview
My related post
Posted by Jutka at 11:54 PM No comments:

The Aeronauts promo tour started with the World premiere at the Telluride Film Festival on Friday. 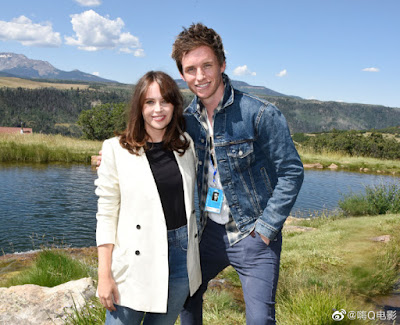 Eddie Redmayne and Felicity Jones at the Telluride Film Festival 2019
ahead of the premiere of their new film The Aeronauts.
Telluride Patron Brunch 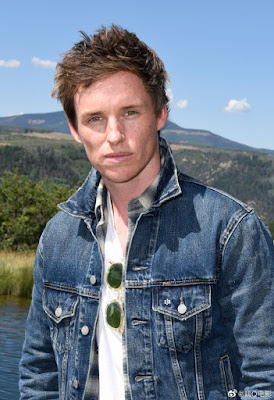 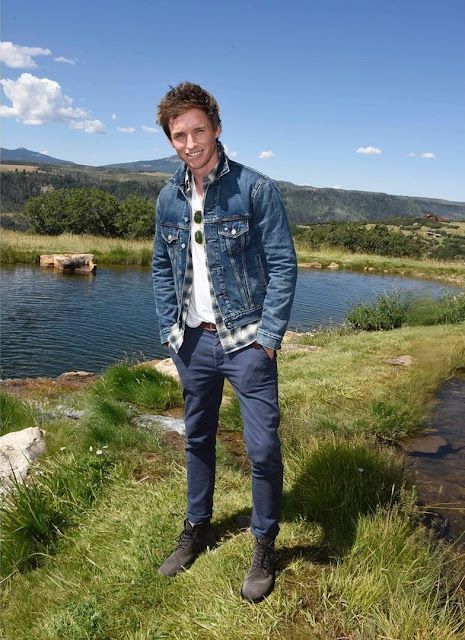 @vivienphotos on IG: Telluride Film Festival launching into full swing.
Such a beautiful, sunny morning in the mountains. (via) 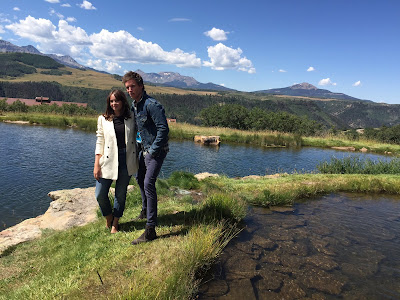 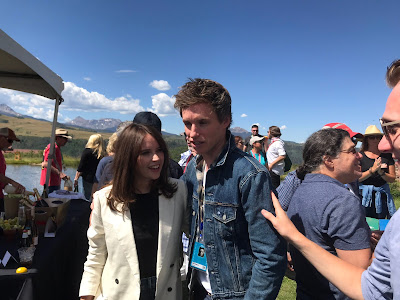 Yes, that’s Felicity Jones and Eddie Redmayne with a slight cameo by their The Aeronauts
director Tom Harper. - Marc Malkin on Twitter 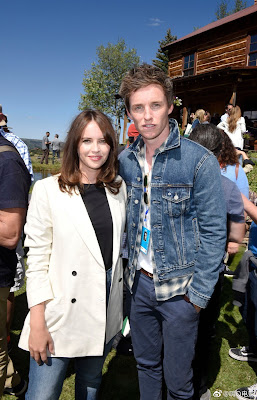 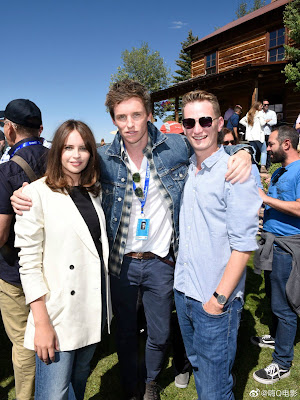 Eddie, Felicity, and director Tom Harper before the premiere (x) via

Aeronauts co-stars Felicity Jones and Eddie Redmayne are fielding questions about their hot
air ballooning film, which premieres Friday. Asked about its distributor Amazon’s recently
announced, two-week release plan for the movie, a new experiment for the streaming
company, Jones says, “The movie is a huge adventure, so it makes sense that its release
might be, too. These characters we’re playing were both pioneers, after all.” (THR) 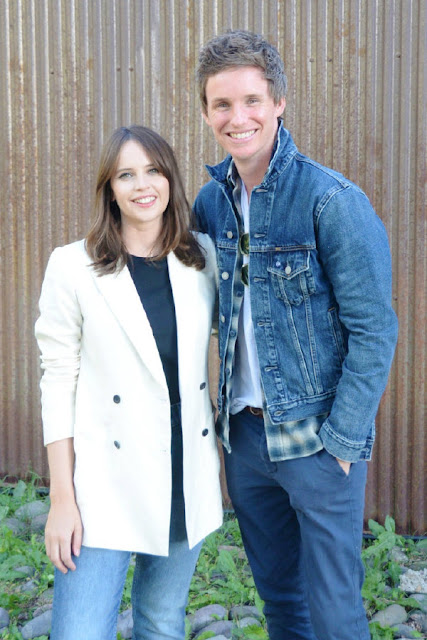 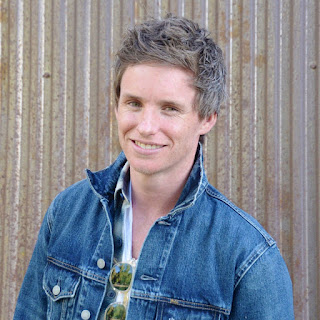 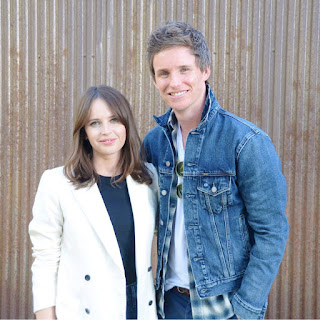 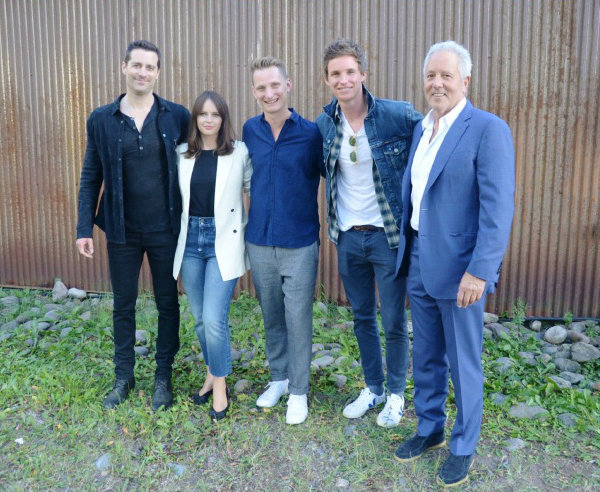 Todd Lieberman @toddlieberman tweeted: After several years of work,
I’m incredibly proud of this film and all the amazingly talented folks
who dedicated their lives to bringing it to life...

Michael Patterson tweeted: Settled in for the first ever screening of The Aeronauts at
the Herzog Theater. Wife just asked Eddie how he was doing. His answer..."Nervous" 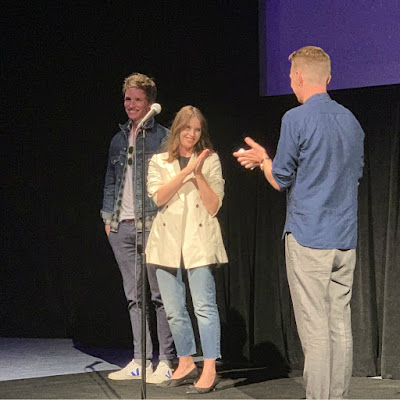 The first trailer of The Aeronauts is out, and it's exciting

In 1862, daredevil balloon pilot Amelia Wren (Felicity Jones) teams up with pioneering
meteorologist James Glaisher (Eddie Redmayne) to advance human knowledge of the
weather and fly higher than anyone in history. While breaking records and advancing
scientific discovery, their voyage to the very edge of existence helps the unlikely pair
find their place in the world they have left far below them. But they face physical
and emotional challenges in the thin air, as the ascent becomes a fight for survival. 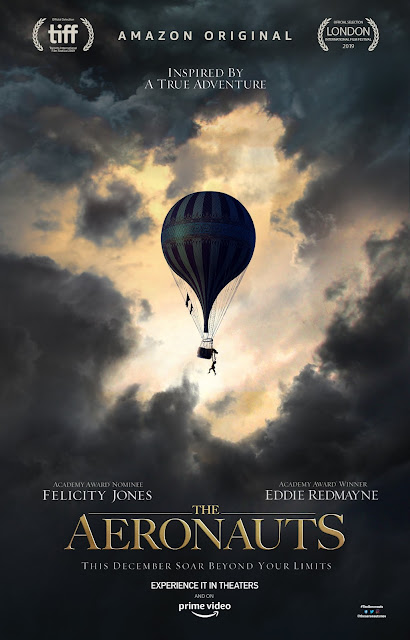 
BFI announced today the schedule of the London Film Festival.
The Aeronauts will be having a gala screening!!!!
Luxe Leicester Square Monday 07 October 2019 18:20
Tickets On sale 12-09-2019 10:00 am
There are 3 more screenings in other cinemas. - Read more