The official title is Fantastic Beasts: The Secrets of Dumbledore 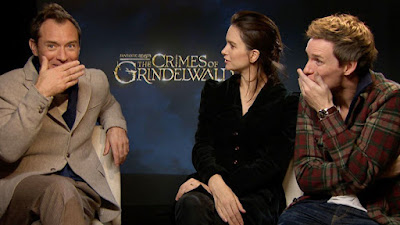 Katherine didn't know the title of Fantastic Beasts 3 at the time, but now
everyone does (Video (via)). Warner Bros recently released updates, the
third movie got its title, new earlier release dates, and official synopsis.
"Professor Albus Dumbledore knows the powerful Dark wizard Gellert Grindelwald
is moving to seize control of the wizarding world.  Unable to stop him alone, he
entrusts Magizoologist Newt Scamander to lead an intrepid team of wizards, witches,
and one brave Muggle baker on a dangerous mission, where they encounter old and
new beasts and clash with Grindelwald's growing legion of followers.  But with the
stakes so high, how long can Dumbledore remain on the sidelines?"

The Secrets of Dumbledore hit theaters on April 15, 2022,
3 months earlier than its previously scheduled release on July 15.
People in the UK and Ireland can see it a week early from April 8.
The release date here in Hungary is April 22. 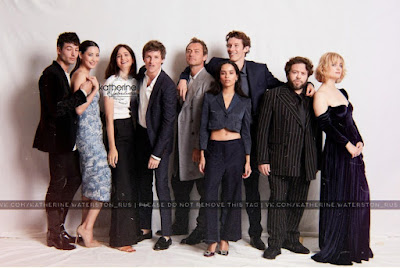 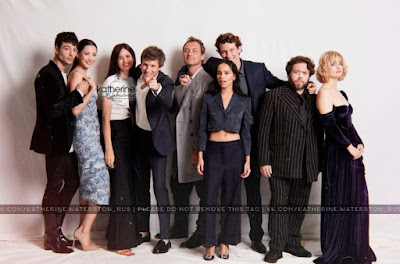 New/Old outtakes from the photoshoot for 'World Screen Magazine'
with the cast of "Fantastic Beasts: The Crimes of Grindelwald".
Source: Katherine Waterston Russia on Twitter - 2 more
Almost everyone will return in the third installment. 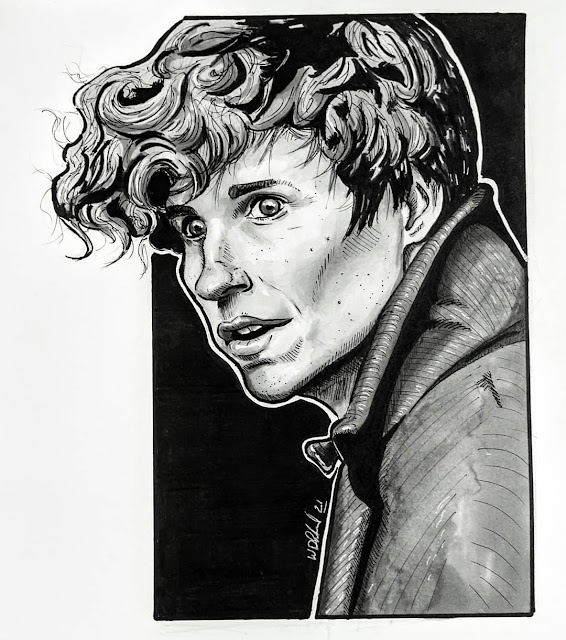 Newt portrait by Will Crawford (x)
At its CineEurope presentation in Barcelona, Warner Bros screened some behind-the-scenes footage
from Fantastic Beasts: The Secrets Of Dumbledore, providing a bit of fresh insight into the project.
The  BTS scenes shown in Spain included a quick glimpse of Mads Mikkelsen as Gellert Grindelwald.
The story picks up in the 1930s, a little after the events of the previous film, and will take place in such
far-flung locales as Bhutan, Germany, the U.S., the UK, and China. Evoked were new creatures, old
favorites, more magic and even a peek back into Hogwarts. (Deadline)
James Newton Howard: "I’m super excited about the Beasts movie. I think it’s by far
the best one. It’s really good. Mads Mikkelsen is playing Grindelwald. He’s so great,
and it’s just great. It’s full of magic and scary stuff and romantic. It’s just really fun."
Related Tumblr posts
Posted by Jutka at 8:53 PM No comments: