Amazon changed the release plan for The Aeronauts

(x)
According to a Deadline report by Andreas Wiseman this week, Amazon
Shifts Release Date & Cuts Theatrical Window For Potential Awards Pic
‘The Aeronauts’ With Eddie Redmayne & Felicity Jones.
The cinema release date delayed. 🙁 We have to wait until December 6.
The movie will be available on Amazon Prime from Dec 20.

Amazon Studios head Jennifer Salke explained the rationale behind the release changes:
“The Aeronauts is a spectacular film featuring some of Felicity Jones and Eddie Redmayne’s
finest work. The level of filmmaking is nothing short of a technical feat that transports you
to another world high up in the clouds. The theatrical experience is an important part of
our business, but our highest priority is our customers. We know The Aeronauts is a film
Amazon Prime Video customers will want access to as soon as possible, and is the perfect
example of high-level, quality filmmaking customers can expect from us both in theaters
and on Prime. Considering how competitive it has become to capture audiences’ attention
and how audiences are consuming their entertainment, we believe this is the best choice
for the film and that we’re delivering our customers an epic film that we believe
will be a major player in the awards conversation at the height of awards season.” 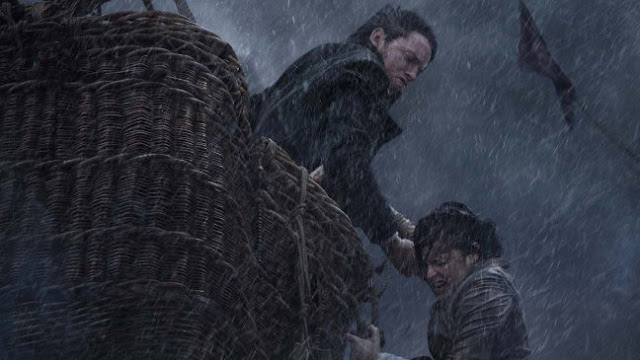 
The film’s not going to Venice and not included in the TIFF lineup either.
I’m hoping for good news from other festivals like Telluride (August 30-September 2),
New York, L.A.’s AFI Fest, or the London Film Festival ( will run from October 2 – 13,
with the full program announced on August 29.)...

FilmNation sold the movie to a string of international buyers who plan to release the film
later this year. We hear Amazon is working through their new plans with these distributors.

What will happen with the one-week IMAX commitment?

Eddie Redmayne and Victoria Yeates, Mooncalves and a Kelpie.

Footage of making of the Newt’s Menagerie scene in the
Fantastic Beasts: The Crimes of Grindelwald | Postvis Reel

This scene shows Newt's character, his connection to his creatures, that I believe
will be crucial in the future. Maybe the tamed Kelpie will help Newt in the sequel.
There will be three more films and only J.K. Rowling knows the whole story.

Deleted scene from Fantastic Beasts: The Crimes of Grindelwald

In an interview for MTV in November 2018, the cast talked about the filming of this scene.
You can watch the interview here

Eddie with the Golden Astronaut for Omega 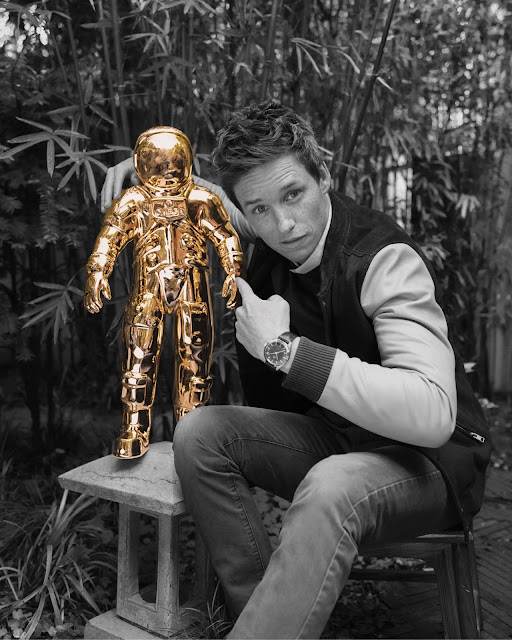 Golden Astronaut charms his way into celebrity world. (via Omega on Twitter)
Photographed with Eddie Redmayne as part of the promo of Speedmaster Moonwatch
released for the 50th anniversary of the first Moon landing.

Omega for the 50th anniversary celebration of Apollo 11.
Space ambassadors and friends of OMEGA reflect on real and imaginary lunar experiences.
(I didn't find Eddie in the videos in the story, but we got the new photo above.)

Email ThisBlogThis!Share to TwitterShare to FacebookShare to Pinterest
Labels: Omega

November 2018 - BTS of 'The Late Late Show with James Corden'

Here are a few photos from Eddie's publicist and the official Twitter of the show. I forgot
to post them back then, there were a lot of things going on during the FBTCOG promo. 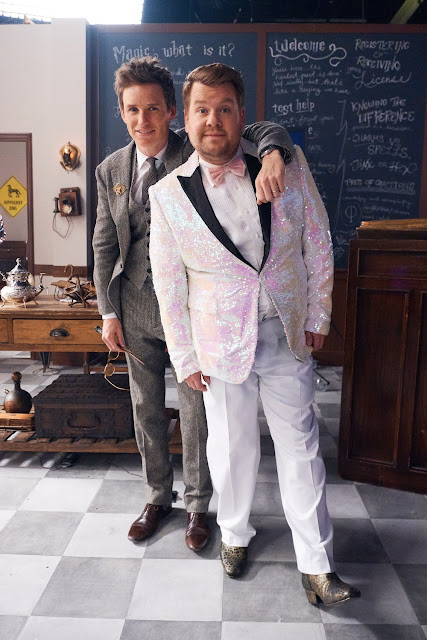 Eddie Redmayne and James Corden on the set.
source: @latelateshow on Twitter 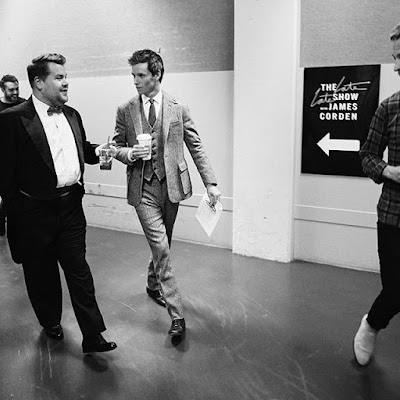 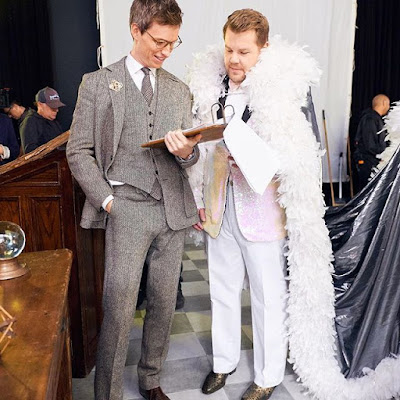 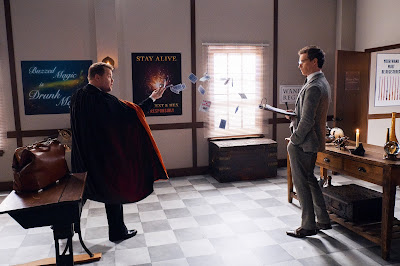 Those magic skills are ridiculous.
source: @latelateshow on twitter

Eddie Redmayne and his wife Hannah was spotted in London yesterday. They look well and happy. 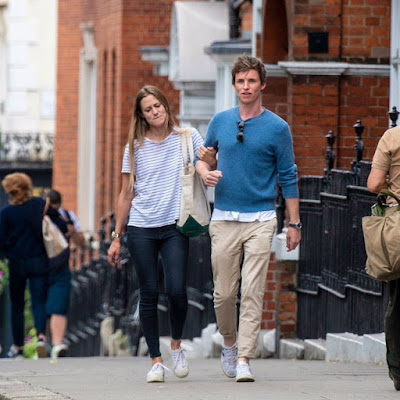 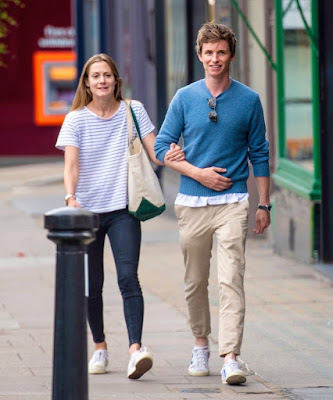 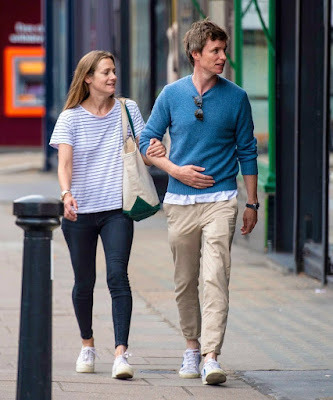 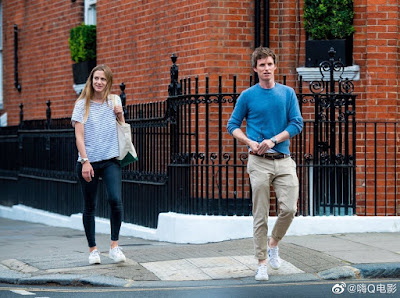 Eddie enjoys his time off with his family before he goes back to work. The filming
of 'The Trial of the Chicago 7' starts soon, and he will promote 'The Aeronauts.

Eddie's theater visit - Toast at The Other Palace 8th July 2019

Eddie went to see Nigel Slater's play 'Toast' on Monday. He posed for a few group photos
with the author and cast members. 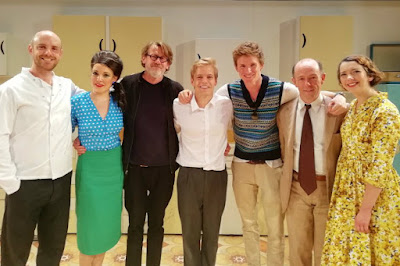 So this was rather wonderful. The utterly lovely Eddie Redmayne came to see Toast last night. Such a great night. Many thanks to our fabulous audience.(And huge thanks to @lilyvanillicake for the gorgeous lemon meringues.) @TheOtherPalace @ToastPlay pic.twitter.com/Z0sLc7qnKT
— nigel slater (@NigelSlater) July 9, 2019 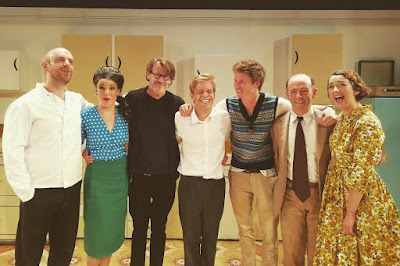 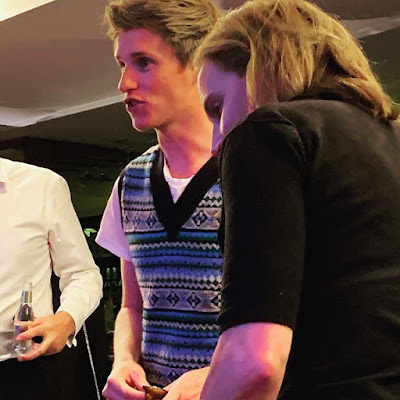 Jeff Jones posted on Instagram: At the next table before we see Toast by Nigel Slater,
Eddie Redmayne #starstruck #theotherpalacetheatre #europeanvacation #lovemylife

Eddie and Hannah at Zoe Kravitz's wedding in Paris 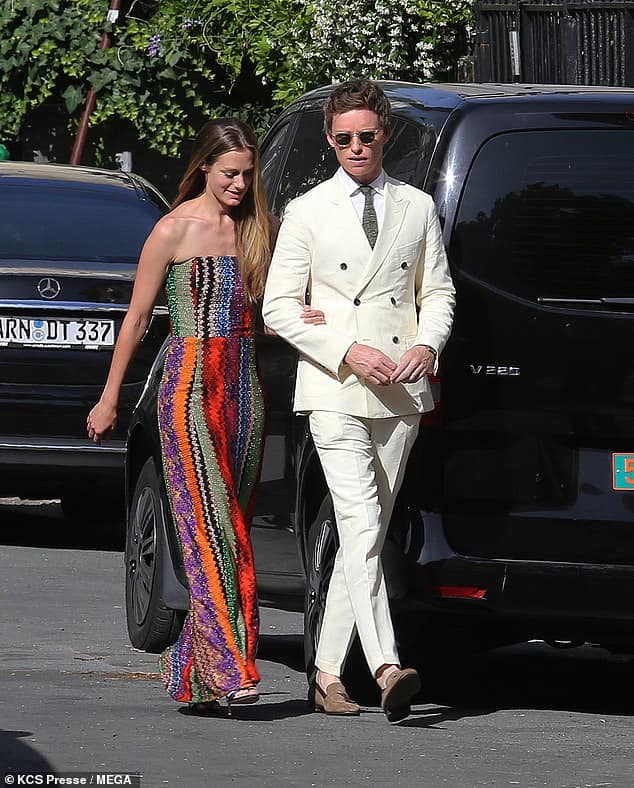 Eddie Redmayne and Hannah Bagshawe were among the stars who attended
Zoe Kravitz's wedding to actor Karl Glusman in Paris on Saturday, June 29th.
Daily Mail article with photos 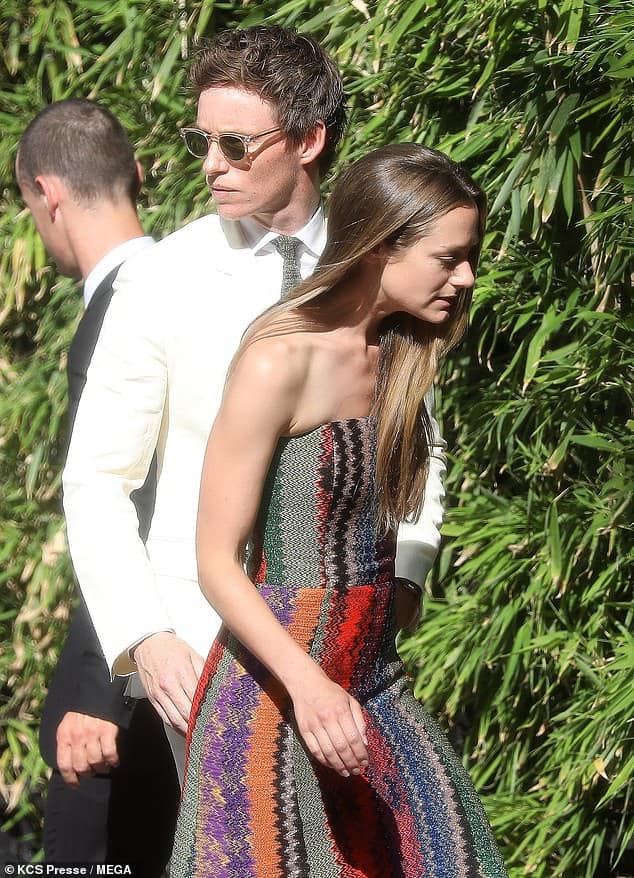 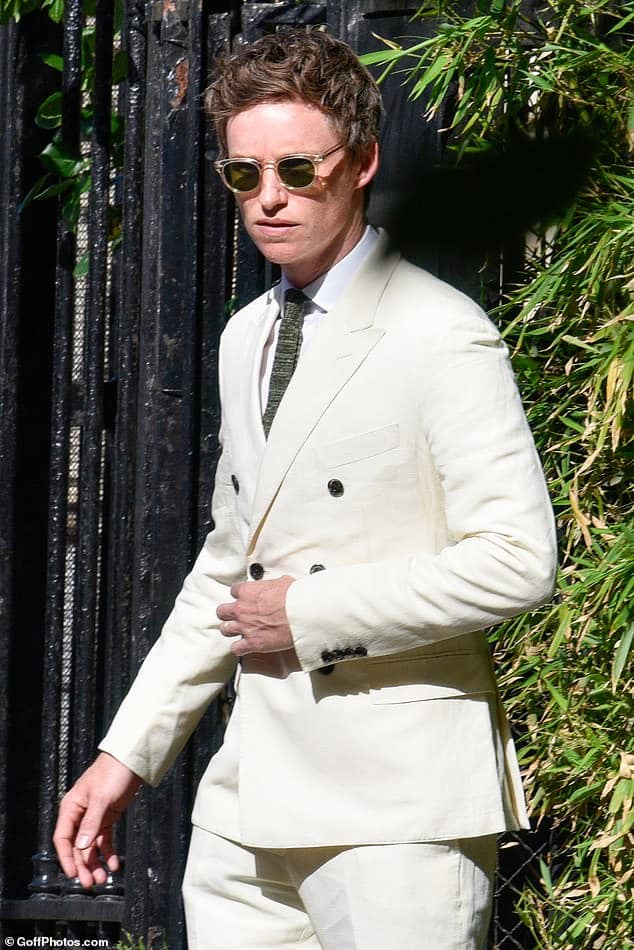 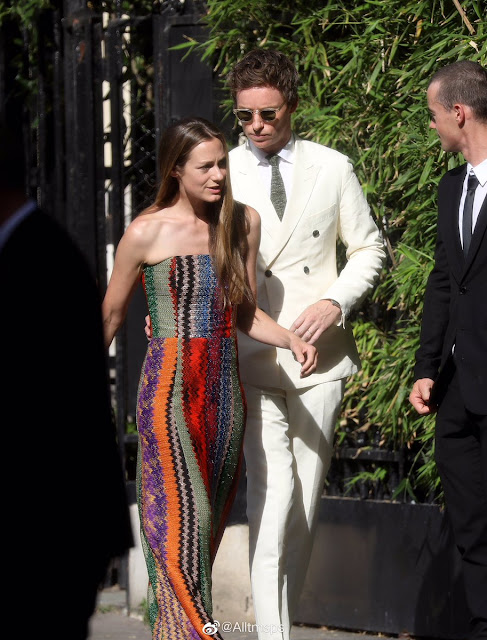 I think Eddie wore the same outfit at the Omega House opening in Rio in 2016,
except the shoes.