Fantastic Beasts in The Crimes of Grindelwald final trailer

In Grindelwald's escape scene the carriage is pulled by Thestrals. The Thestral tail hair
was used to create the most powerful wand known by wizards, the Elder Wand.

You can see a snakelike beast to pop up also. Is this a Runespoor?
Newt has two of them in his suitcase (FBAWTFT deleted scene)

In this scene Newt enjoys much riding the Kelpie. It reminded me the scene from
'Harry Potter and The Prisoner of Azkaban', where Harry flew on the hipogriff's back.

Newt with the Kelpie under the water (in slow mo)
Newt has a strong connection to this beast, an art poster recently revealed, that
his patronus is a kelpie.

"I have a love-hate relationship with that little guy... I thought he did pretty immaculately
in his debut, but there’s a lot more Niffler to come. He looked so sweet and adorable just
then, but don’t be fooled." - Eddie Redmayne at the MTV Movie Awards in 2016
And the Niffler has babies in The Crimes of Grindelwald
"It’s probably been my favourite scene to shoot so far, the baby Nifflers,’ Eddie admitted.
‘They’re just causing havoc and it coincided with the time that I now have a 15-month-old
child and the baby Nifflers retain many of the same qualities!"

This is Eddie Redmayne's favorite beast Pickett the Bowtruckle that
was kept by Newt Scamander as a pet.

‘I love the Bowtruckles so much,’ says Eddie Redmayne. ‘I think Pickett is my favourite character.
He’s a bit of a loner within the family of Bowtruckles. He feels a bit bullied by his pals. He has
attachment issues, so he keeps faking illness to hang out in my pocket. He is also incredibly agile
and of great value. I use Pickett as a bartering tool with Gnarlak who runs The Blind Pig.’
pottermore: Here’s how the magical creature was designed

Kappa is a Japanese water demon that feeds on human blood. They are known for strangling
humans that invade their shallow ponds. A Kappa was an attraction of the Circus Arcanus.

One can protect, and appease a Kappa by throwing a cucumber inscribed with that person's
name; however, if they can trick it into bowing, the water in its head will spill out, weakening it.

Do you have any idea, what's happening here? Ezra Miller as Credence in the Circus Arcanus

Early in the MTV Comic Con cast interview Eddie Redmayne says with relief, there aren’t any
too embarrassing moments with any creatures in the film. He admits, though, that this new beast,
is Chinese and that he did film a scene where he speaks to it. "I was trying to attempt to […]
speak some Mandarin to the Zhou-ou, but I think it’s been cut." (via: Mugglenet)

related gif from the Comic-Con trailer (originally posted by aurrorpotter)

“The Zouwu is terrifying if you’re a normal human being and to Newt Scamander, like a big kitten.
This is how it’s described in Chinese mythology: gigantic elephant sized cat, five-coloured.
It really does take a Newt Scamander to contain and look after that beast.” - J.K. Rowling
(via the-leaky-cauldron.org)

The location is the French Ministry of Magic

I wonder if they're trying to escape from a beast or from wizards here?

J.K. Rowling confirmed, that Grindelwald was a seer. This could be something that he saw in the
future (aka World War 2 - these are not WWI planes) This might be Grindelwald trying to convince
Newt to stop fighting by showing him what it would lead to. I agree with fantasticbeastsfanaticlove.

mugglenet.com: Beware! New Beasts Ahead in “Crimes of Grindelwald”

My gifs from the final trailer (with only one exception) 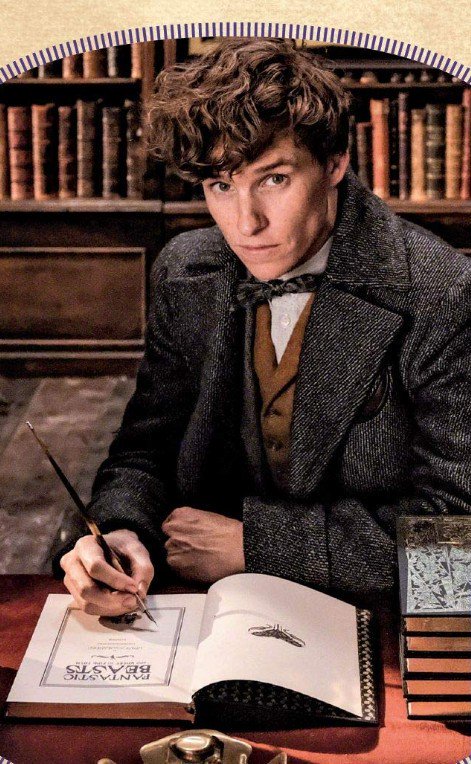 New promo pic of Newt Scamander the author dedicate his book.
via: @mrsmaisels on Twitter

Some Fantastic Beasts took over billboards in New York, Toronto and Tokyo, with an
assist from Twitter. Legendary author J.K. Rowling debuted the trailer for upcoming
feature film Fantastic Beasts: The Crimes of Grindelwald on NBC’s Today Tuesday
morning.  Shortly thereafter, the trailer was exclusively available on Twitter, complete
with a special cast introduction, and a “waterfall stream” of real-time reaction tweets
appeared alongside the trailer on billboards in Times Square and near Penn Station in
New York, in Toronto’s Yonge-Dundas Square and in Shibuya Crossing in Tokyo.
(source: adweek.com) 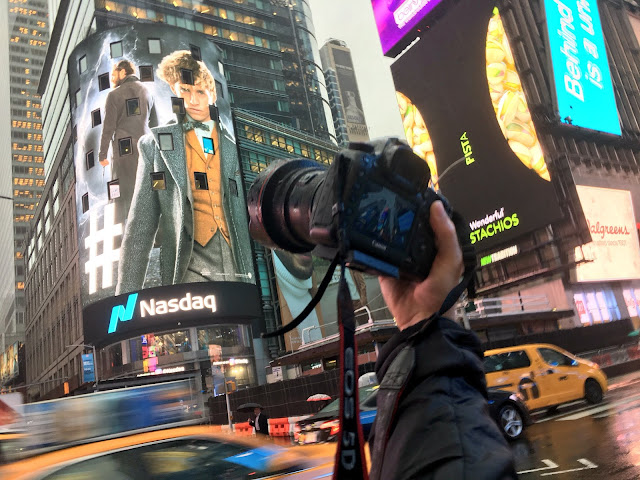 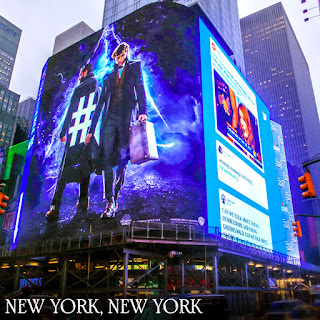 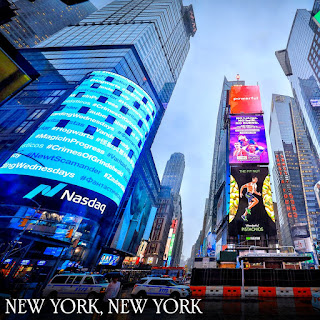 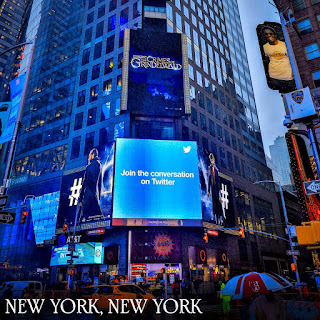 Today’s takeover of NYC with @Twitter for the #FantasticBeasts: The Crimes of Grindelwald final trailer was quite magical! | 📸: @photographerjon pic.twitter.com/zb8ZxWz2aw
— Fantastic Beasts (@FantasticBeasts) September 25, 2018 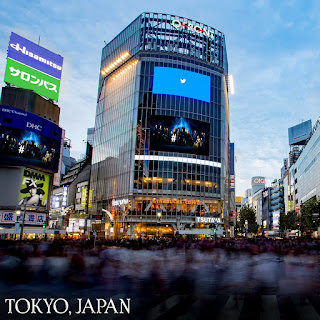 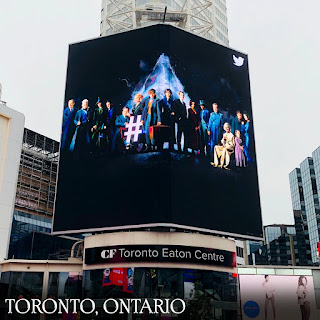 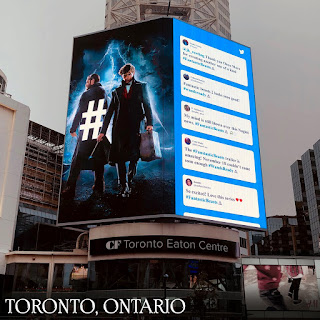 Email ThisBlogThis!Share to TwitterShare to FacebookShare to Pinterest
Labels: Fantastic Beasts 2, promo, The Crimes of Grindelwald

Final trailer for The Crimes of Grindelwald - amazing new footages

The new trailer was released today, and as amazing as I expected, even more.
It includes a lot of new footage.

‘A safe house in Paris’

Poor Jacob tries out a Portkey

"Do you know why I admire you, Newt? You do not seek power.
You simply ask is a thing, right?"

Theseus asks Newt to choose a side, and Newt responds,
“I don’t do sides,”
but it’s looking like Newt won’t be able to avoid this
international conflict with Grindelwald for much longer...

Gellert Grindelwald’s grandiose speech has echoed through every trailer we’ve seen
so far – and this one is no different. He wants wizards and witches to take their
‘rightful place’ in the world, he says. ‘Join me, or die,’ he finishes simply. (Pottermore)

Tina gleefully ties up Theseus with magical ropes, and Newt claims it
to be the best moment of his life. Well, this is going to be fun... 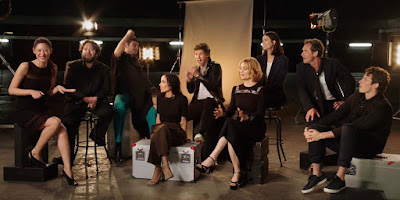 The trailer with the introduction of the cast

Get your #WandsReady — @jk_rowling and the cast of #FantasticBeasts: The Crimes of Grindelwald have your first look at the final trailer for the film, arriving in theaters November 16! pic.twitter.com/uEj5XBm80b
— TODAY (@TODAYshow) September 25, 2018

Eddie Redmayne sent a video message to Fantastic Beasts fans.
He’s is in London filming 'The Aeronauts', so sadly he could’t attend
the activities around New York on this special day.

My gifs from the video 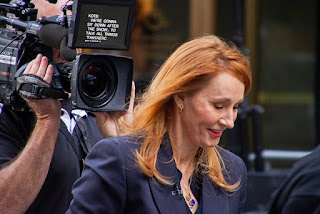 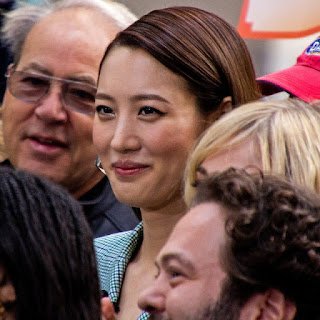 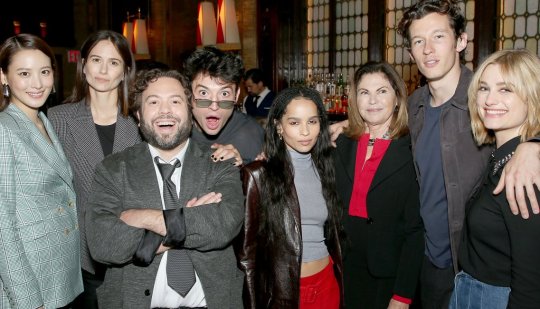 (x)
Shortly after Rowling's appearance on The Today Show, Warner Bros.
continued promotion of Fantastic Beasts: The Crimes of Grindelwald with
worldwide press and influencers, getting to meet Rowling herself and
chat with the cast and crew about their work in the saga. (snitchseeker)

Read more about the NYC events in the Variety article here