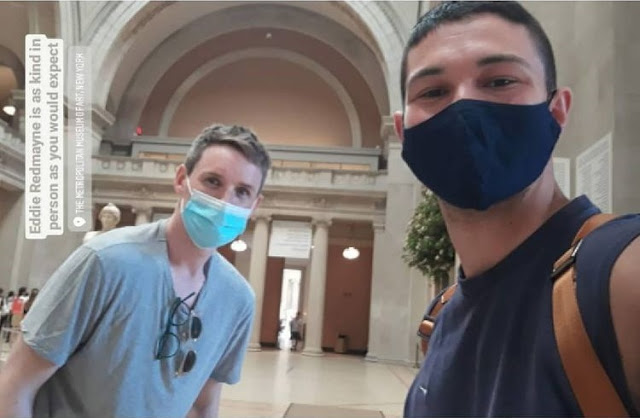 @valentine.poindexter.orozco met Eddie at the Metropolitan Museum of Art
in New York, and posted his photo on his Instagram story yesterday.
Via Eddie Redmayne Turkey on Instagram 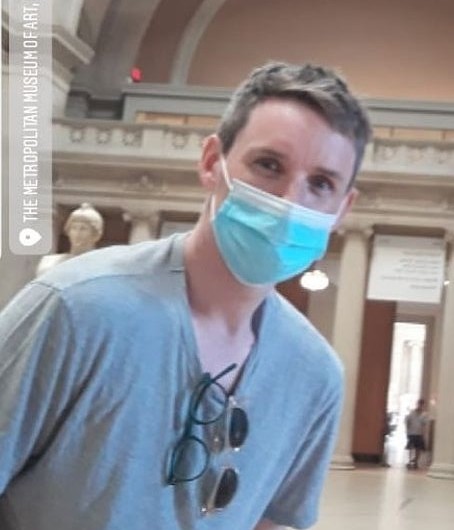 Eddie’s T-shirt in the new selfie looks like the one he wore when he
proposed to Hannah 7 years ago. ❤ Romantic museum date? 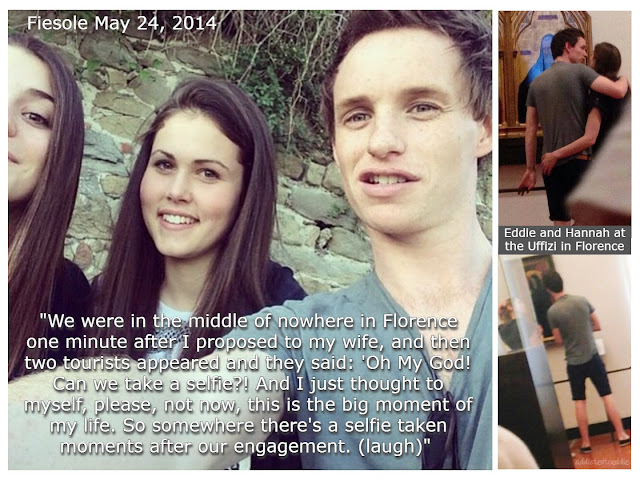 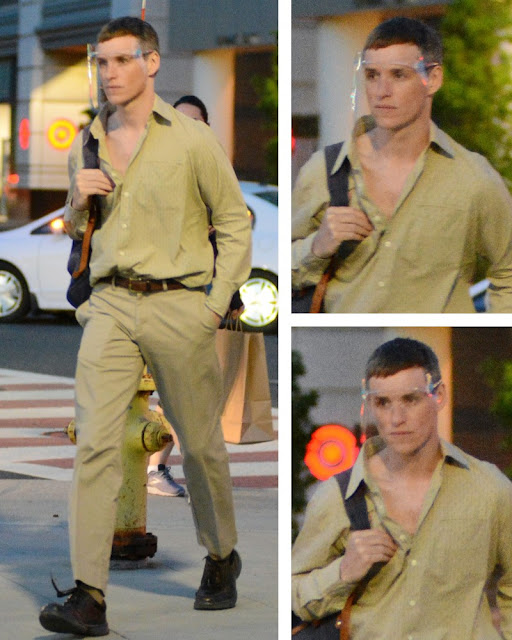 Eddie Redmayne photographed on the set in Stamford on Thursday.
You find gorgeous Hi-res photos on Weibo here.
For the final six days of filming, May 17 to 21, the set moved to the University
of Connecticut-Stamford campus at 1 University Place. The author of the novel
Charles Graeber visited the set and posted photos on Monday. 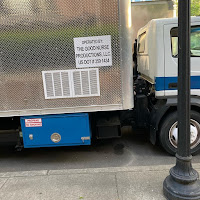 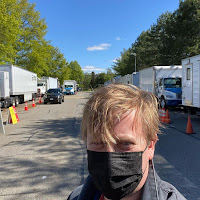 The Good Nurse movie has begun filming scenes in various areas of Norwalk.
Sabrina Church, the city's director of business development and tourism, said
the production started filming Monday at Van Dyk Recycling Solutions,
which is located on Dr. Martin Luther King Jr. Drive.
The production will continue shooting in Norwalk through June 4, and filming
will take place in other areas of the city, including the Mechanic Street Lot near
Wall Street and Richard C. Briggs High School on Main Avenue, Church said.
Source: patch.com 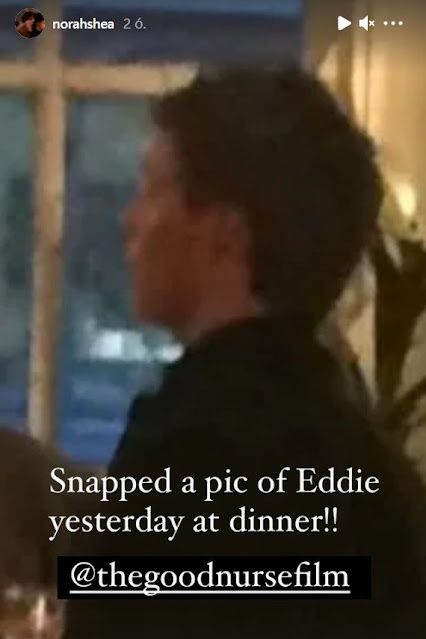 Norah Murphy Shea posted this photo in her Instagram story
last weekend. Looks like Eddie needed a haircut since.
His hair grows so quickly.
Posted by Jutka at 12:00 PM No comments:

Email ThisBlogThis!Share to TwitterShare to FacebookShare to Pinterest
Labels: sighting, The good Nurse

NEWS! Eddie returns to the stage this November

He's in negotiations to play the role of the Emcee in Cabaret. 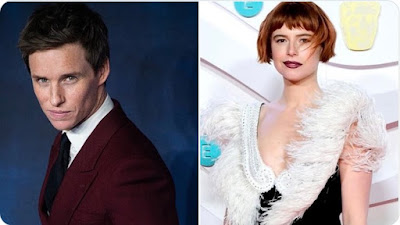 (x)
Baz Bamigboye revealed in his article that "Oscar-winner Eddie Redmayne
is close to fulfilling his dream... of playing the decadent master of ceremonies
in the classic musical Cabaret in the West End. And he is tipped to share
the stage with Jessie Buckley, who will play Sally Bowles."
The new production of Cabaret is due to begin performances at the
Playhouse Theatre, near the Embankment in London, in early November.
Read more about the new theatre project here
Hopefully, I'll have a good reason to travel to London this fall.
I have to see him on stage in this role. I bet he will be fantastic. 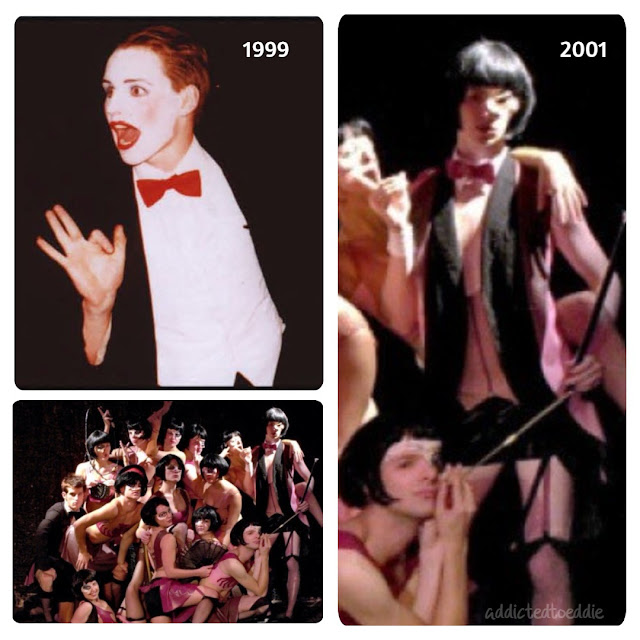 Eddie played the role of Emcee in Cabaret first in 1999 in Eton. James Parry reviewed
the JRC show in Eton College Chronicle: "...There were many stars of this excellent
performance but despite the outstanding quality on display, one actor still stood out
head and shoulders above the rest. This was, of course, Eddie Redmayne whose
performance in every respect was sensational. He was the master of ceremonies of the
Kit-Kat bar and this title could not have been more apt. Eddie really did run the show;
One could feel the audience focus even more as they found themselves captivated
by this truly mesmerizing acting. Eddie held the audience in his hands, almost literally.
His singing was incredible, as usual, but he also showed his flexibility and immense
skill as an actor as he adapted to a difficult and demanding role. With an actor of this
caliber in the house, it would, however, be difficult not to produce an excellent play."
From page 37 of the Eton College Chronicle June 1999 issue
Eddie also played this role 20 years ago at the Edinburgh Fringe. The show was performed
by Doubled Edged Drama, a production company with links to Eton, Eddie’s former school.
Ed Bartlam, director of the Underbelly, said Redmayne’s Fringe performance in Cabaret
still stuck in his head. “It was our second year at Underbelly so we were very much
finding our feet and it was all very atmospheric. Eddie was a slightly creepy Master of
Ceremonies in the show and would come up behind people’s backs in the audience and
get a fantastic reaction...I still remember it as one of the best shows we ever did." (source)
Eddie told a personal story in an interview for The Scotsman in 2012. “Half of my family
live in Edinburgh...My grandmother’s in Liberton and the last proper musical I did
was Cabaret. It was in the Underbelly and it was all dark and dingy. I remember my cousin
brought my grandma to see it and we were all in latex, PVC, and masks and there was
quite a lot of interaction. I was up in my grandma’s face and I just heard her say ‘and when
is Eddie coming on?’ And my cousin was like ‘that’s him! The one leering in our faces!’”
Eddie also sang some songs of Cliff from the musical in a show called Perfectly Marvelous
in NY on October 25, 2012. Read more about it in my old post here
Update: It's official! 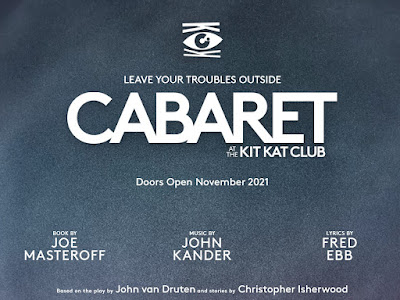 The KIT KAT CLUB in London’s West End will open its doors this November with
the musical CABARET starring Oscar, Golden Globe, BAFTA, Tony and Olivier
award winner Eddie Redmayne as ‘The Emcee’ and Bafta Nominee and British
Independent Film award winner Jessie Buckley as ‘Sally Bowles’.
Inside the Kit Kat Club, life is beautiful. The famous setting of Kander & Ebb
and Masteroff’s musical is brought to life with a capacity of just 550, to host
a unique production of Cabaret, the likes of which audiences will have never
experienced before.
Director Rebecca Frecknall said today “It’s such a privilege to have the
opportunity to direct Cabaret, a show that has always been dear to my heart.
It’s thrilling to be able to approach this classic and important musical at a time
when its themes and atmosphere feel so contemporary and resonant. I’m in awe
of my incredible creative team who have come together to create a bold new
production as well as a new ‘Kit Kat Club’, a bespoke home where we can
truly embrace and unlock the world of Cabaret for a new audience”.
Dates, further details, and full casting to be announced soon.
Source: londontheatrereviews.co.uk
Tickets on sale from June 28
More info here
Posted by Jutka at 11:48 PM No comments: 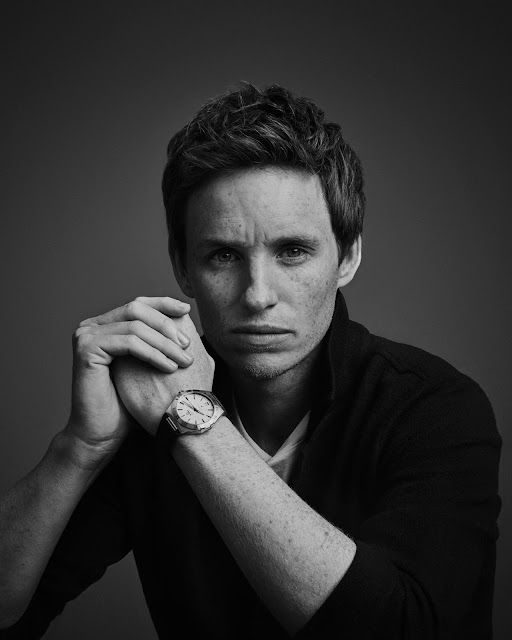 Omega shared a new image on social media from their recent campaign
with brand ambassador Eddie Redmayne wearing a
CONSTELLATION CO‑AXIAL MASTER CHRONOMETER 41 MM
in steel with rhodium-grey dial and black rubber strap.
(via Omega on Facebook)
Other photos from this photoshoot were released last December
by Omega China, you find them in my earlier post here.
Currently Eddie's filming 'The Good Nurse' in the US.
New cast members announced.
Check the movie's IMDB page for details.
Related Tumblr posts
Posted by Jutka at 3:57 PM No comments: