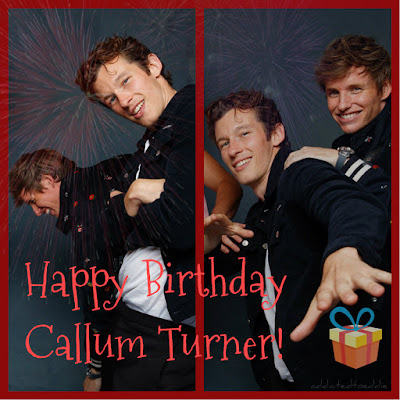 "I was very impressed and inspired by the [career] choices that [Eddie] makes. He's always
made really good choices, so I was over the moon to just go and meet him. I actually did
this weird thing on the first take. There's this scene, and umm . . . well, I just kissed him
on the head. We weren't even recording. It's not in the movie. There's no reason for me
to have done it, but yeah. I think that's probably why I got the part." - Callum Turner

"I was watching War and Peace. I don't know if you guys saw that, which he was in.
My wife and I were watching and he turned up on screen, and literally, both Hannah and I,
[said] that's like a taller, darker, better looking version of me!" he laughed. "So when David
was auditioning people for that part and said 'I want you to test with this actor,' and Callum
walked in, I was, like, holy sh*t." ( popsugar)

Callum and Eddie at the Madrid Premiere - gif source: xoxoeddie

This video by Horned Shield captured some great moments. 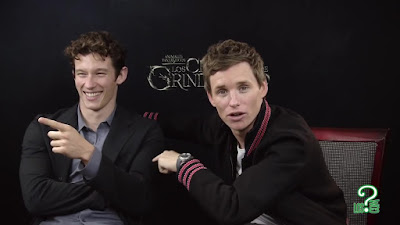 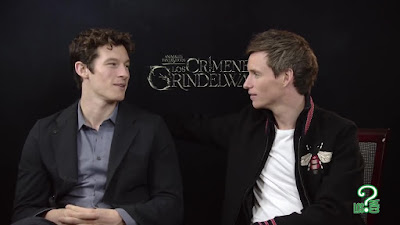