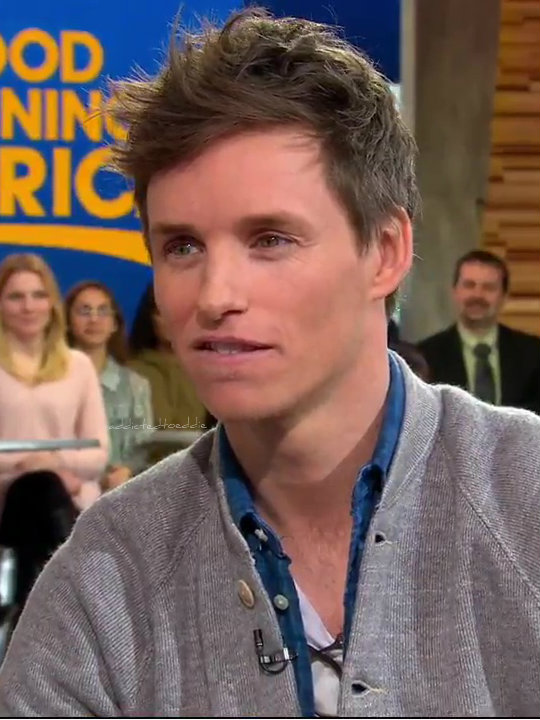 Eddie promoted Early Man in ABC’s Good Morning America today in NYC.
In the interview he also talked about his growing family and his former
“puppy” roommate Jamie Dornan. 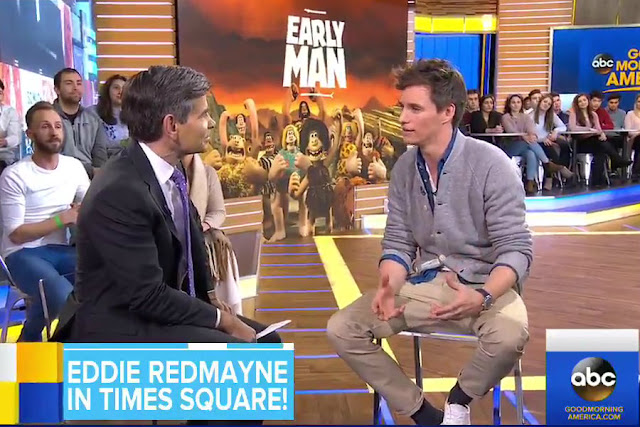 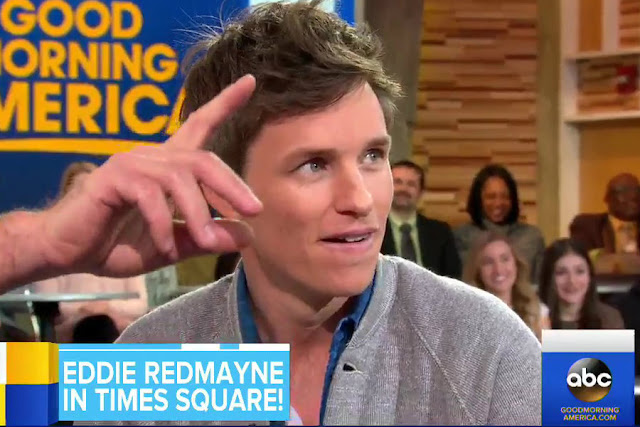 “…You know, I’ve barely done any voice work before so I had no idea what the process
would be …you sit in a sound booth with the director and you mess around for a couple
of hours doing ridiculous noises … I got physically into it, so I ended up after the
recording session with all these weird sort of knots and I had to go to a chiropractor …” 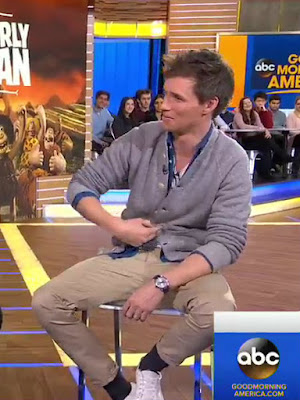 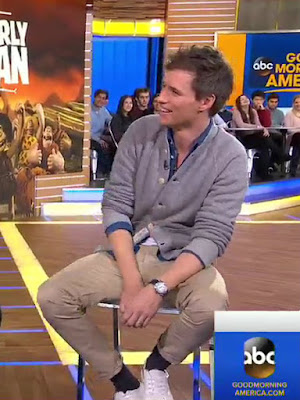 What’s it like having a tiny one at home? Eddie: It’s wonderful. She is completely wonderful.
I don’t think she’s really aware that there’s a … we thought that there was a moment when
she went up to my wife, Hannah, & kissed her tummy & went ‘baby?’. I was like - she’s
only 18 months, Iris - so I was like ‘wow, she’s a genius!’ & then she turns round & points
to my stomach & kissed my stomach & was like ‘baby?’. (via) 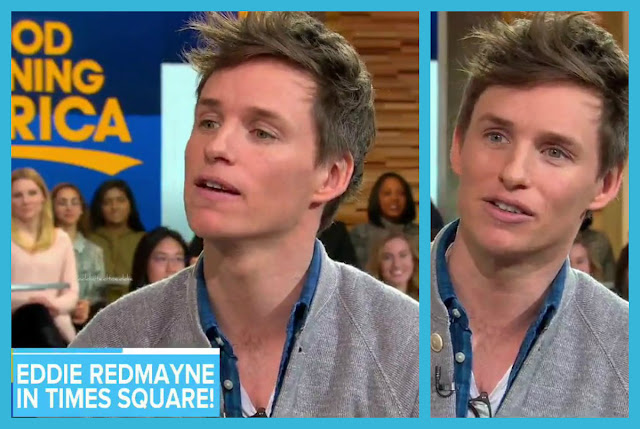 Eddie Redmayne said living with Jamie Dornan was like ''living with a puppy''. They shared an
apartment in their earlier in LA. He told Good Morning America: ''Basically, it was like living
with a puppy because he has more energy than any human being you've ever met. There's sort
of a twilight zone between 5:00 and 6:00 when he just goes insane and it was like a puppy.''
Jamie previously revealed Eddie was ''desperate'' when they used to live together.
''...We were both very desperate, you know it was slim pickings in those days for work -
the idea was you'd come out and all go to the same sort of auditions...We both had the
same agent at the time and I remember on the second day, one of the courieres arrived
with 25 scripts and Eddie and I were like, 'Who's it for?' It was for me. Eddie didn't
take it that well. He was calling his agent saying, 'Jamie just got a sent loads of scripts.'
About an hour later a courier arived with the exact same stack of scripts.''
(Eddie talked about what was it like living with Jamie in an interview for e-talk too.) 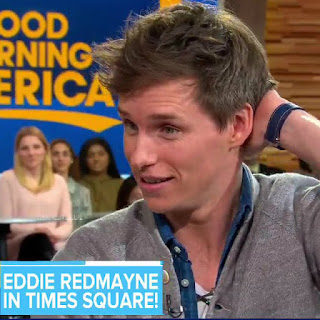 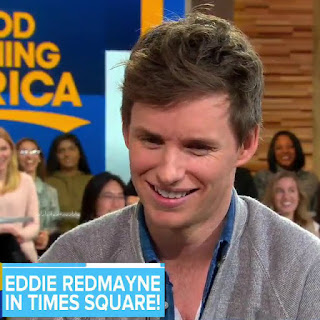 My gifset on tumblr
Eddie in NYC (tumblr posts) 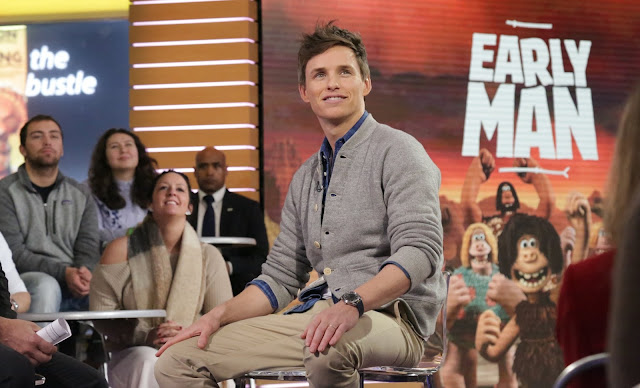 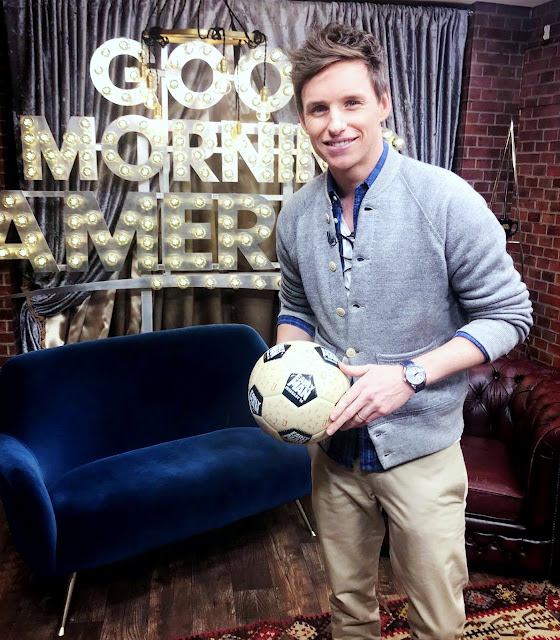 via selene
USA TODAY:
How 'Early Man' transformed a hesitant Eddie Redmayne into the ultimate star caveman ...
Contactmusic:
Eddie Redmayne: Living with Jamie Dornan was like 'living with a puppy'