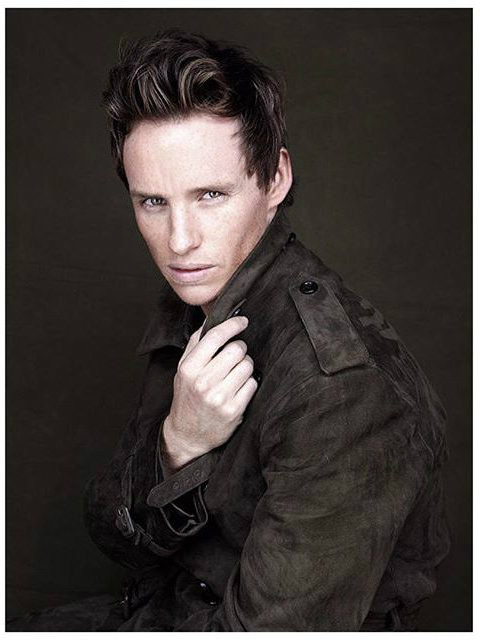 Jerry Avenaim posted this beautiful photo on Instagram. This is
from his photoshoot for Fade In magazine 2013 January issue.
You find the photo with text in the photographer's earlier tweet here. 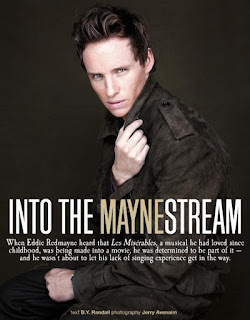 Very excited to be shooting a cover and feature on Saturday with Les Mis co-star Eddie Redmayne among others.... http://t.co/ri0gApxu
— Jerry Avenaim (@avenaim) December 7, 2012

The amazing
Fade In magazine interview is here.

You’ve said that you’ve found fear to be inspiring. How?: "Because generally I’ve found that the work
that I’ve done that’s outside of my comfort zone, when I have to leap further from myself, I find I tend to do
more interesting work, and I find the process more disconcerting, but also more exhilarating. So it’s often the
parts I feel like I’ve been pushed on the most as an actor, when I’m cast in something that feels entirely
inappropriate, but someone has offered it to me, some mad person has a bit of blind faith in me taking that.
Like I did a film called The Yellow Handkerchief, where I played an adopted Native American, or Hick or
Savage Grace, playing this incestuous kid. The things where it feels really outside of my comfort zone are
the more intriguing ones for me, and certainly Les Miz felt like the extremity of that because it was a musical." 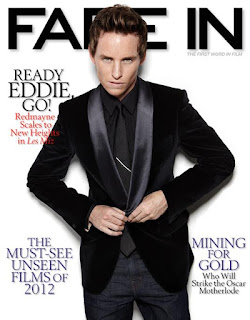 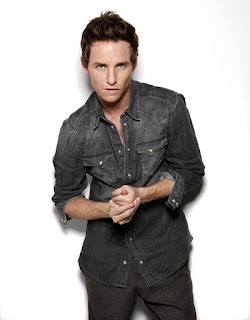 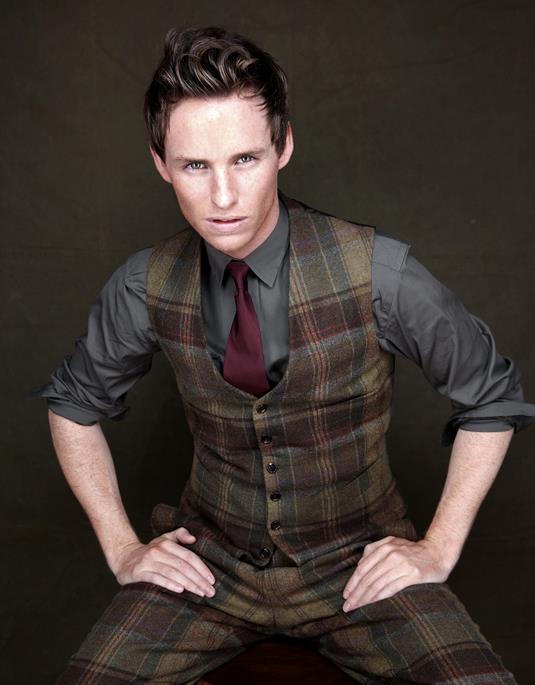 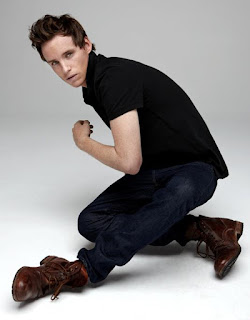 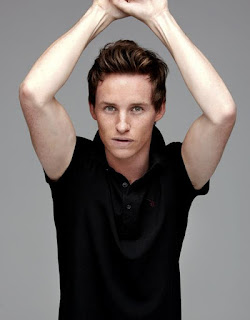 What’s your ten-year plan? "I genuinely don’t have one. Even with Richard II,
I hadn’t done a Shakespeare play for ten years since my first professional job,
and it took [former Donmar Warehouse artistic director] Michael Grandage to go,
“Right, Eddie, I want you to play Richard II,” and I had to go, “Oh, really? Okay.”
I pursued Les Miz because I knew something inside me had loved it since I was
younger and had ruminated on that piece for years. I’m becoming more interested
in directing. I have such admiration for film directors because they have to be the
masters of many arts, there’s this sort of polymath quality to what they do, and
you need to be schooled in all those things to be a really, true great director.
I try by osmosis to glean moments of that from different people on different
film sets, so I would love at some point to direct, but I don’t think that will be
anytime soon. I’ve got a lot of learning to do."

Behind the scenes of the photoshoot 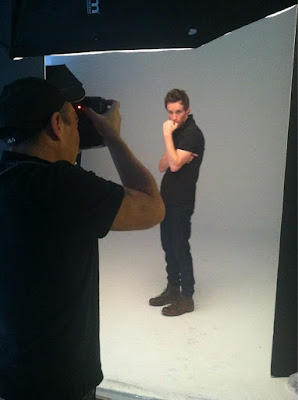 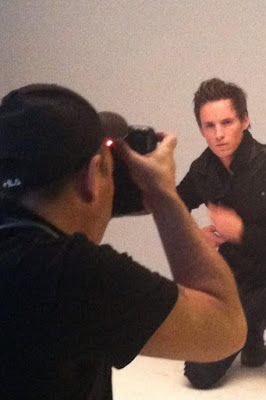 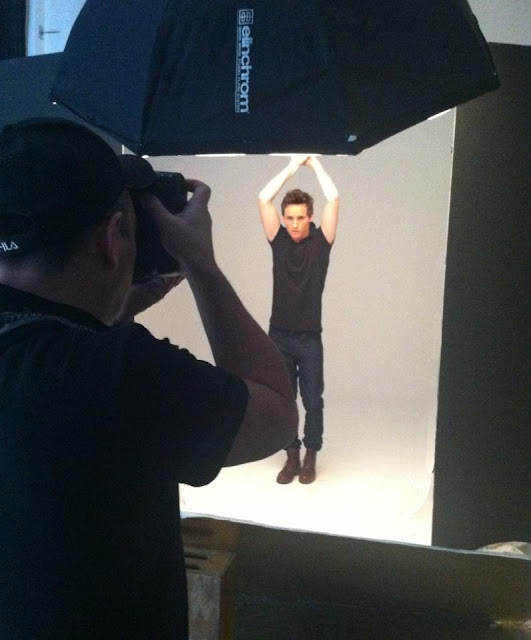 Jerry Avenaim on facebook: Behind the scenes from Saturday's cover shoot
with Les Mis and My Week with Marilyn star Eddy Redmayne.
I think this kid is going to win an Oscar this year for Les Miserables...
#Prediction