VFX by METHOD Studios - BTS of The Crimes of Grindelwald

What was the sequences made by Method Studios? We designed and created new CG fantastic
beasts, 12 of which are featured in the film including the Kelpie, Augurey, Leucrocotta, and baby
Nifflers; we also handled a complex underwater sequence inside Newt’s magical creature hospital
where he tames the unpredictable Kelpie. 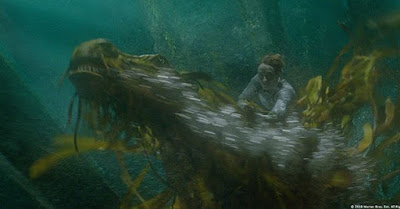 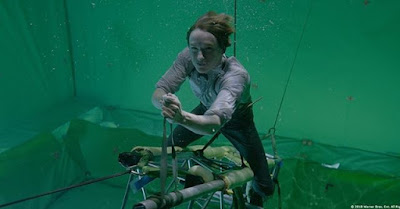 "On set, Animation Supervisor Stephen Clee managed a team of up to five puppeteers
moving in sync as one stand-in to give Eddie a physical reference. Some of the action was
filmed dry-for-wet, and other portions were shot with him submerged with a respirator in a
20-foot deep tank. The underwater footage provided our artists with a real-world starting
point for Newt’s wet hair and clothes, air bubbles, and buoyant physical movements; it was
such a huge help to actually have him in the water. For shots of Eddie riding the Kelpie,
he was filmed riding this big buck puppet with reins, so we were somewhat tied to his
animation and the puppet’s animation – where he was putting his hands and how he was
interacting with the puppet. We needed our CG model to be flexible so it could be true to
what Eddie was doing with the puppet. Sometimes we’d thin out or increase the amount of
kelp to help blend the live action and CG elements. The two reins were basically rotomated
to where Eddie’s hands were to make sure they were connecting properly. The CG Kelpie
wasn’t an exactly replacement for the physical buck but rather a balancing act between
animation and roto to make sure performance feels authentic." - Nordin Rahhali 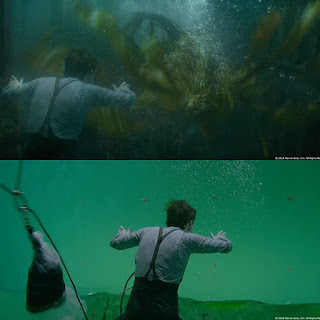 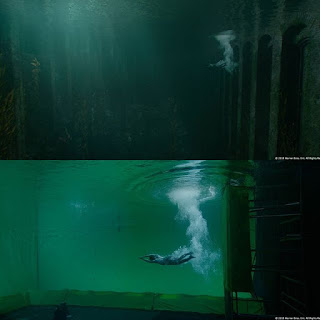 "The Kelpie sequence was the most complicated, mainly for the reasons outlined in other questions,
but also because it had the least amount of practical set to use. These shots were basically Eddie on
a green screen stage, and with water being the main element missing, it was definitely a challenge." 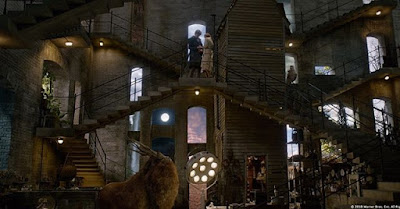 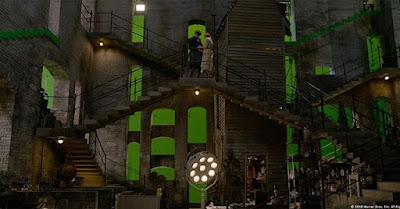 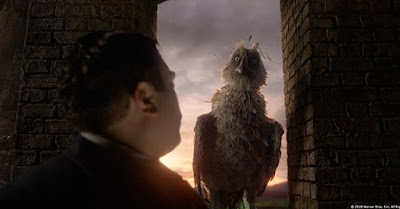 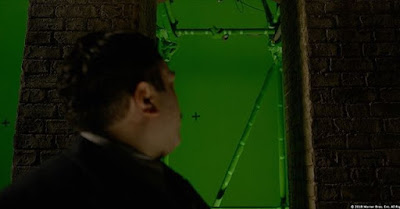 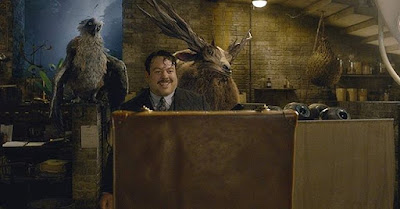 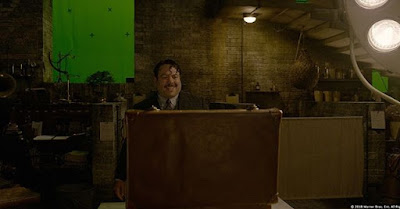 Email ThisBlogThis!Share to TwitterShare to FacebookShare to Pinterest
Labels: Fantastic Beasts 2, The Crimes of Grindelwald