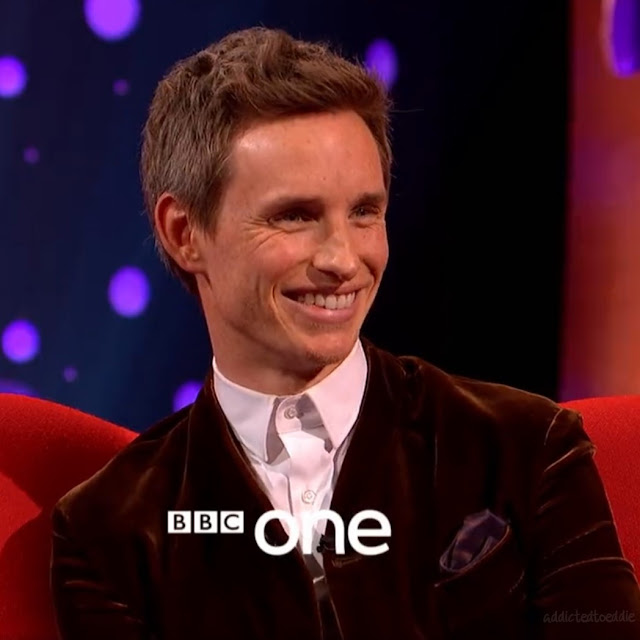 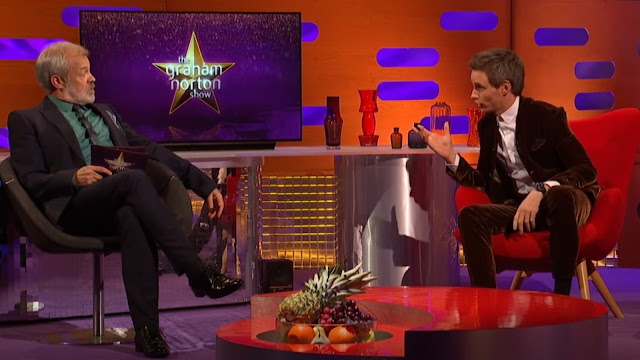 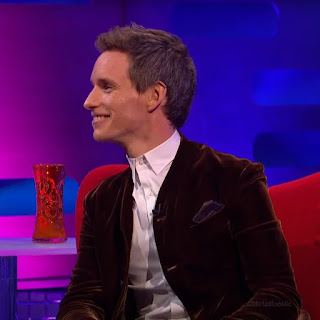 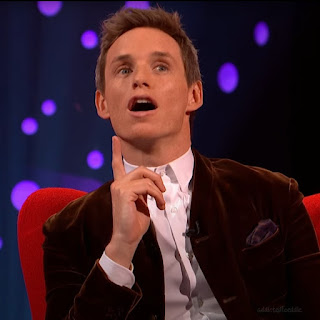 "I worked with a wonderful movement director, a woman called Alexandra Reynolds,
who has helped me on films that I've done and she's a dancer by trade, and for one
of the last films I did, I had to learn to waltz. And she stopped me halfway through and
she said, Eddie, if anyone ever approaches you to join Strictly Come Dancing, there is
only one answer, and it's no. And I was deepéy humiliated. So now I'm in a musical
with Jessie to make up for it, to prove to the world that I am capable of dancing,
which by the way I am not." 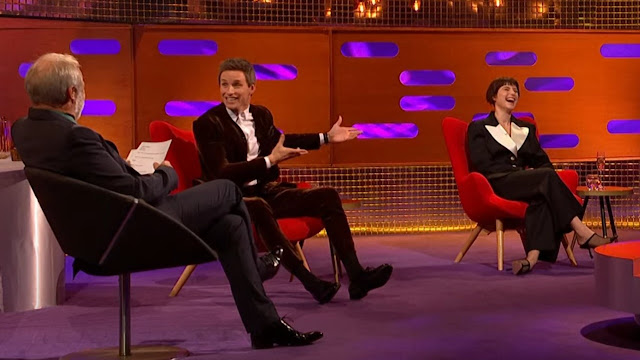 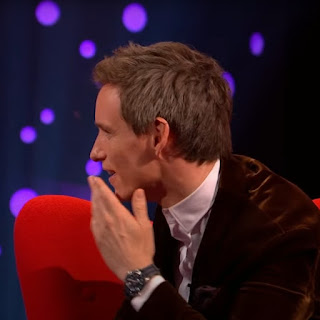 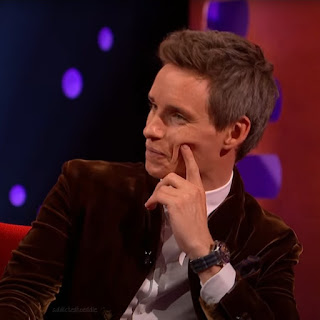 Eddie talked about having lots of fun with the new production.
When he was asked about how it differs from the film and the previous
stage production, he said: 'They are both beautiful and extraordinary, but
Jessie and I love the musical so decided to investigate it in a different way.
'It's properly immersive for the audience, you really feel like you are
in the Kit Kat Club in Berlin.' 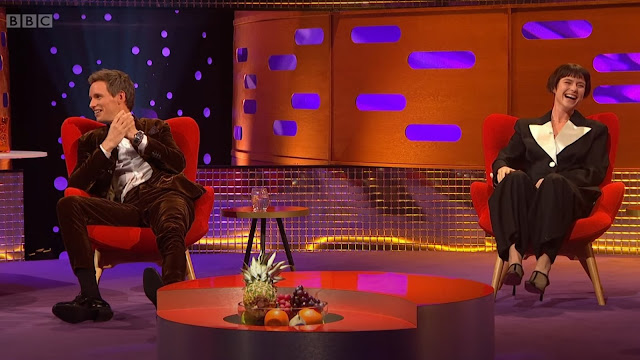 Eddie told a story of his Edinburgh Fringe turn in Cabaret in 2001.
Her grandma went to see him then, now Eddie gave a private show to her.
He explained: 'She is nearly 100 and not able to come and see the show,
so I went to her care home with the karaoke version of the musical and
performed the whole thing for her – even Jessie's [Buckley] parts.'
'She definitely dropped off – she said she was closing her eyes
because she was enjoying it so much!'... 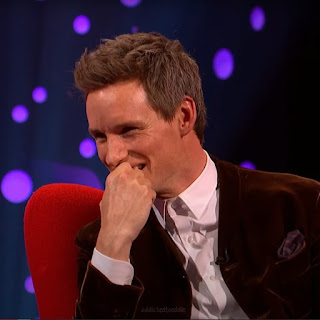 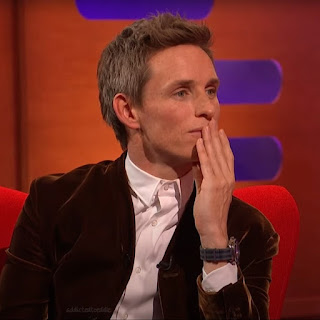 "My wife Hannah - when we decided to do Cabaret - she was like, it is not going to involve
audience participation, is it? And I said, I don't think so, but it is going to be quite immersive.
And she said, you have to guarantee me that there is no audience participation because she
literally has an absolute detestation of it, and also Hannah has this weird thing by which if
she's embarrassed or humiliated, tears start coming out of her eyes, so there is no audience
participation, but... not that I know of (maybe a little). As far as Hannah is concerned!..." 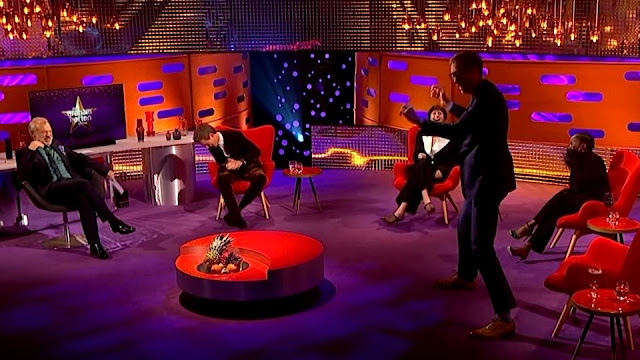 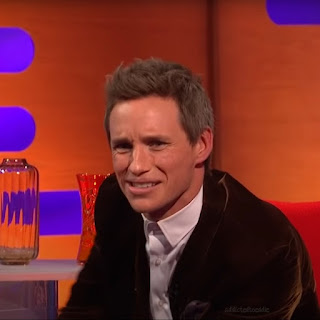 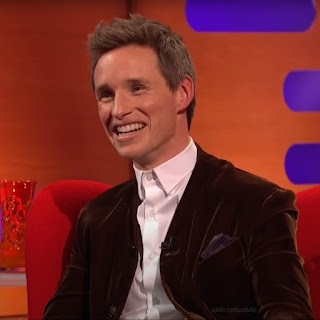 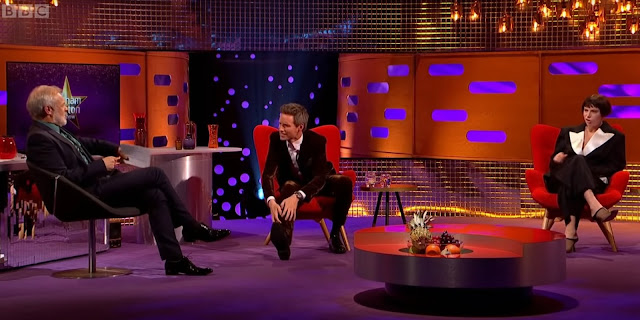 "There is a bit always in the morning, during the movement warm-ups, where
- really the cast of dancers and singers are formidable - we do these warm-ups
in the mornings and there is this big rehearsal space and always across the room,
Jessie and I catch our eyes and we are straining slightly, touching our shins a lot..." 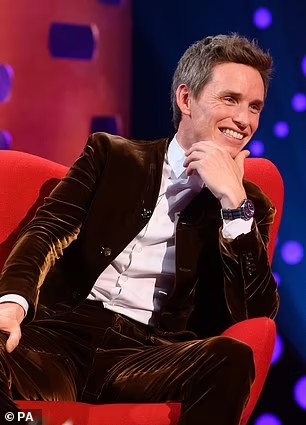 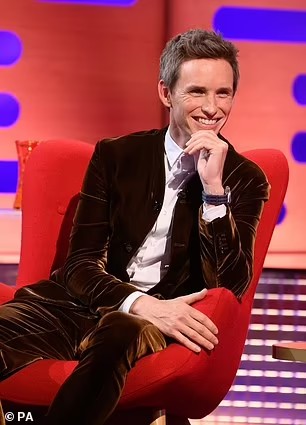 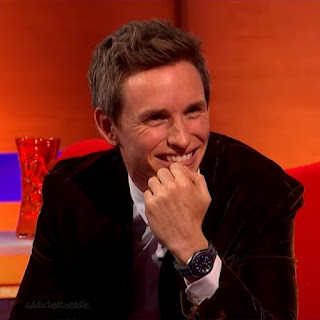 Sir Ian McKellen asked: "How many weeks have you had on Cabaret?"

- Rehearsal? We've had about six weeks. Yeah, I think we've had about six in total."
Sir Ian said: "You'd better be good...Particularly as I'm coming to see you. It's my
Christmas treat from Anthony Cotton in Coronation Street, and we are going to sit
in a box... I gather we get to eat food and we'll be able to throw you scraps."... 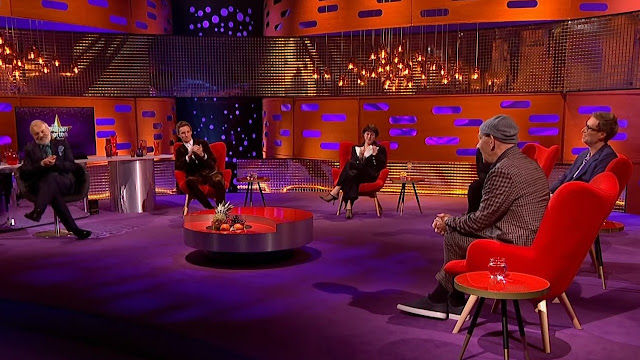 Near the end, Eddie recalled his first meeting with Sir Ian McKellen:
"I don't know if you know that, but when I was about nine or ten years old,
I auditioned, I had a screen test with you for the film you did of Richard III.,
Ian McKellen said: "You gave a wonderful audition."

Eddie continued: "But at the same point, I remember it being like a seminal
moment for me. I'm such an admirer of yours, and we have met over the years."
Ian McKellen: "We have, when I saw your Richard II."...
Eddie: "There is a terrifying thing that happens sometimes in the theatre, hearing
you are coming to see Cabaret...Quite often, when you play particularly Shakespearean
parts, obviously they've been played before by very good actors. And I remember,
when I was doing Richard II, there was one seat at the Donmar Warehouse where
the actor who had played... it was the Richard II. seat, and so it was... Ben Whishaw,
Sir Ian McKellen, Derek Jacobi, and every night I would sort of come, oh, God!
Be good, be good! But you were very generous afterwards." 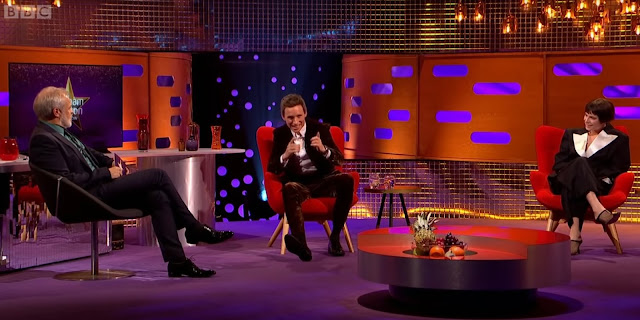 Ian McKellen: "You were very good. What's the story about you not getting the part
in Richard III, the film?"

Eddie: "Well, sadly, I gave everything, everything my nine-year-old acting self could give..."
Ian McKellen: It was the director, Richard Loncraine. He just didn't go for you,
but... Just imagine what your career might have been like."

Eddie: "You know what was worse though, I was auditioning to play one of the
princes in the tower, and it just happened that the school I was at next term were
doing a production of Richard III, and I auditioned to play the prince in the tower
and I didn't get the part in the school play either...Not meant to be."

Related Tumblr posts
Posted by Jutka at 1:10 AM