I already made a post about the Fabtastic Beasts Apple Store Q&A last November, but I think there are a lot more worth to post about it. In this part Eddie Redmayne talked about his Pottermore patronus test. 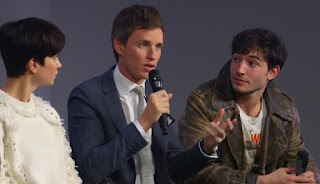 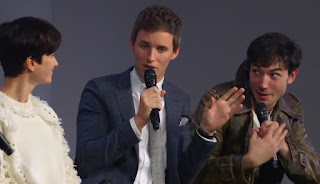 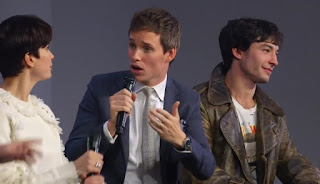 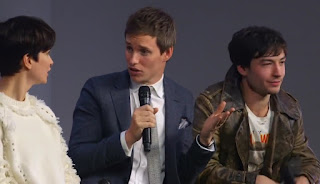 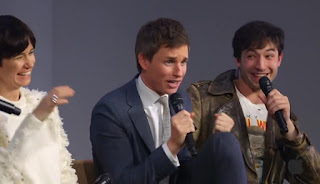 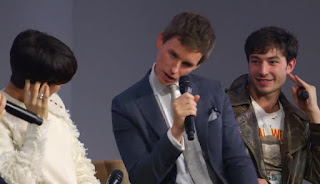 - A Basset Hound! The sweetest freaking dog in the World!
- Ezra: That make so much sense. 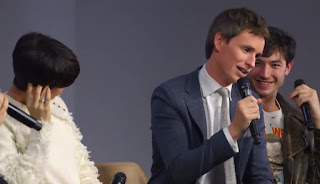 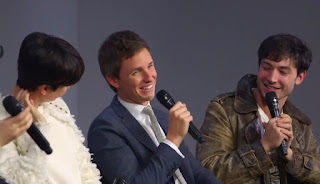 - I was so happy. And because he came on screen and he was like
... sort of slightly dopey, like just a ...it made me really happy.
- Ezra: Such a Basset Hound, it's awsome. 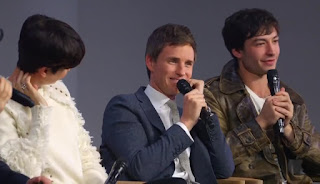 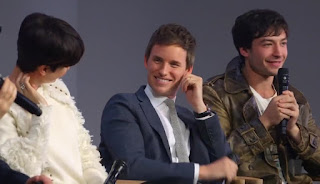 My screenshots from the full video. (click for full size)
My gifset on tumblr