Almost one year ago on 14th November, one day before the movie's European premiere
Eddie Redmayne and Katherine Waterston were guests in The One Show on BBC One.
I found some photos in the Katherine Waterston Online Gallery, and realized, that
I didn't make post about this Fantastic Beasts interview yet. So many things happened
at the time, that I could hardly follow the events. Better late than never. 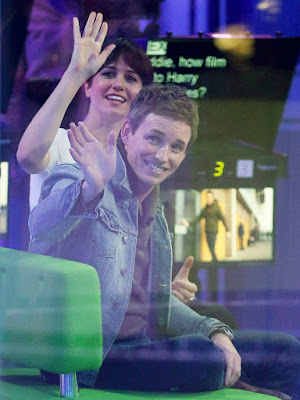 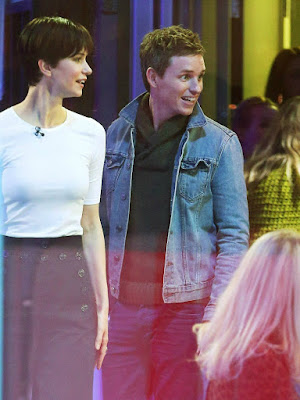 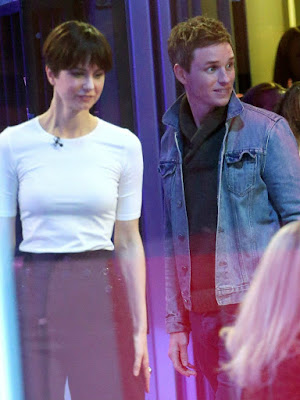 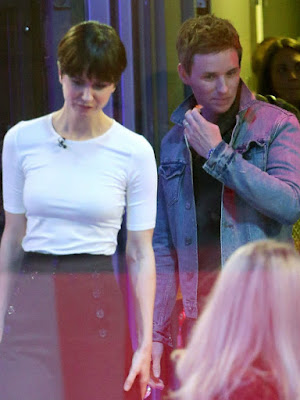 Alex Jones (presenter): I hadn't seen any Harry Potter...
Eddie: Shh! Tell no one! There's a whole quidditch team over there.

A.J.: The good news is, I'm into it now....the brilliant thing is,
you don't have to see any of it to get the film

Katherine: Well, there's a term I just learned. It's called Easter eggs,
which is like, when a script has little clues for people. The big fans
will be able to pick up on things, that are hidden in there...

Eddie: It's so weird. I was asked at Comic Con, this huge thing,
when we were introducing the Fantastic Beasts trailer. An American
talk show host was running it, and he asked me about...

Katherine: So they're clues for the super fans, but...
Eddie: I'm so pleased, you didn't know, what that was...
Katherine: No, I don't. I learnt from Eddie...

In the interview they also talked about how they get into character (including
some demonstrations), and how was it having J.K. Rowling on the set.
There are some entertaining bits, maybe I will post some more gifsets later,
when I find time. You will find the updates in the related tumblr posts here.