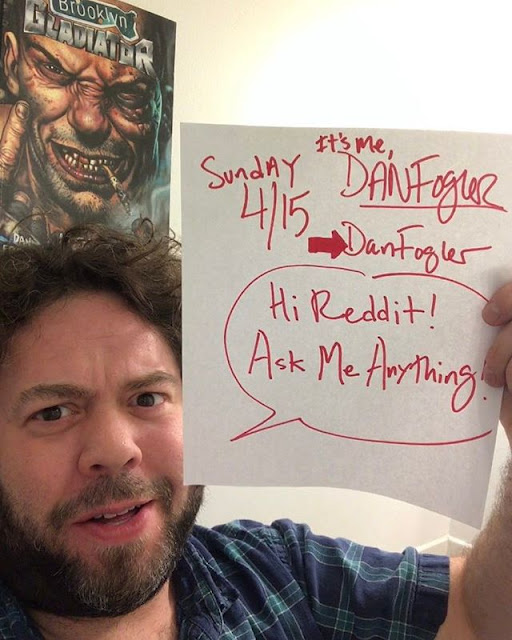 @danfogler: AMA SUNDAY FUNDAY! 4/15 starting 10am est till whenever!
@reddit ask me anything! #brooklyngladiator #fantasticbeasts 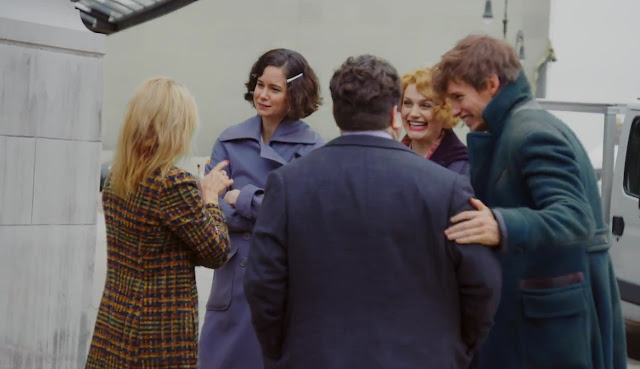 ...if you could mention something fun/interesting about those talks with Mrs. Rowling that'd be great...
Jk was so cool. she said she really loved Jacob. cut from the same cloth as Ron. he get's to be
comic relief, lover, and hero all in the same journey. she was as giddy and excited to share
her story with us as we were to hear it.

What was it like working with Johnny Depp and Jude Law?
...Jude is a Gentleman and his charisma is a sort of super power, pretty sure he's kryptonian he
has this "crystal Gaze" that i'm convinced is Xray style. and a mench. if that makes any sense...
aaaaand Johnny. Johnny. Johnny. Johnny... what can i say? despite the sad fact that there was/
is a swirling wind of controversy around him, He was REALLY cool me. i can only state facts.
and what i know is i didn't have a lot of scenes with the guy but when we were just chilling off
camera he let me pick his brain about Brando and Hunter S. Thompson and Rock and Roll and
he didn't have to do that. and it was just so Fun to have both of these Legends hanging around. 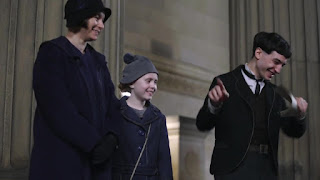 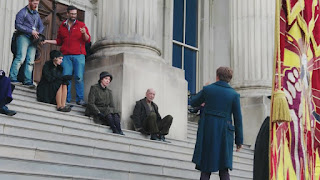 Among the people on the fb sets who do you as a comedian find the funniest?
Um Ezra is Hysterical, Eddie is Rather Cheeky and both Alison and Katherine are lovely quirky
giggle munchkins... but that Niffler man...he doesn't have to say anything and i'm in stitches! 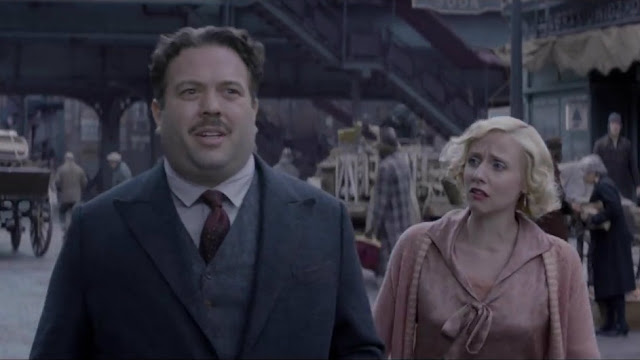 is there anything about fantastic beasts that didn’t make the first film that you can tell us?
after jacob's fiance leaves him, he goes home and his house keys don't work.so he slumps and
walks all the way around the building and climbs up the fire escape and through the window.
it was all very Chaplain-esque and there was a great bit right as he opens the case that got
ommitted where jacob open's the case expecting muffins and he sees the stampede coming and
so he just calmly places the lid back down and backs away slowly in dread...that expression
though was so silent movie dead pan...love that stuff. but of course it was cut for time.

(x) (x)
most memorable moment during filming:
Loved Meeting Ron Perlman one of my heroes wish i could have a career like his,
and that whole giggle water scene in general was so much fun!

...How was it, working with J.K Rowling? and did you get to meet with any of the
original Potter cast?
it was a BLAST. i met Emma Watson she was lovely. and Warwick Davis was very nice.
and of course Bonnie wright is a gem and Evanna is a doll. 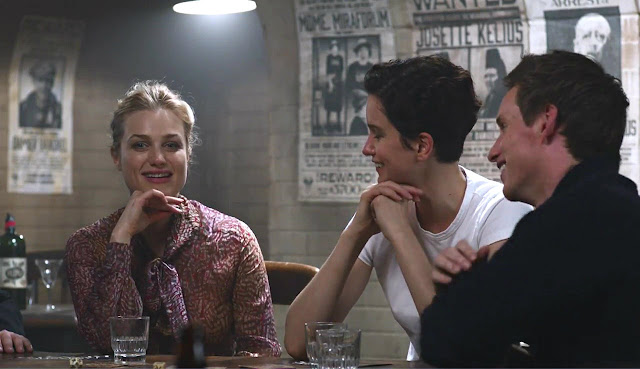 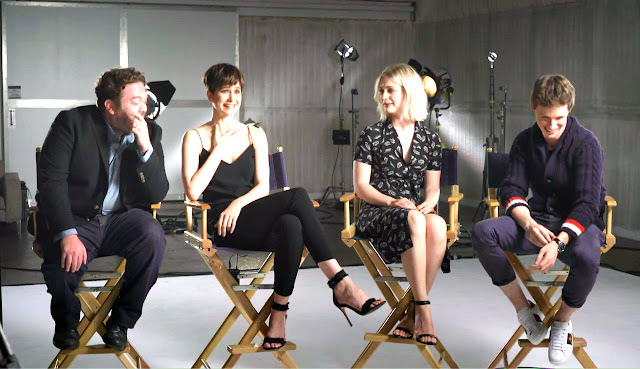 ...How do you see him (Jacob) moving forward in future movies...
i'm not sure how it'll turn out but i'm pretty sure jacob becomes the watson to Newt's sherlock 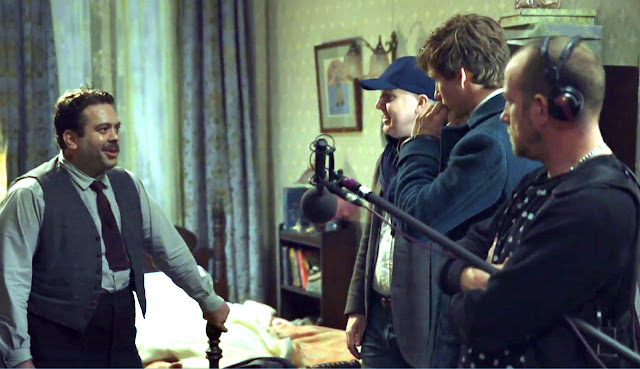 How does it feel to be a part of the Harry potter universe?
it's like i'm charlie being let into the chocolate factory, i run home everyday fast as
i can singing "I've got a golden ticket!" ...i'm not being facetious. its awesome 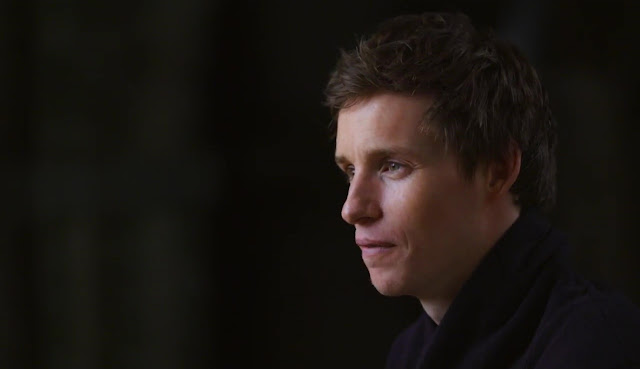 ...what was it like working with Eddie Redmayne? I haven't scrolled through yet but it's something
that I haven't seen asked very often and he seems like one of the best guys going around!...
Eddie is a scholar and a gentleman and he can star in any movie i'm in as far as i'm concerned.
pretty sure he'll be knighted soon. 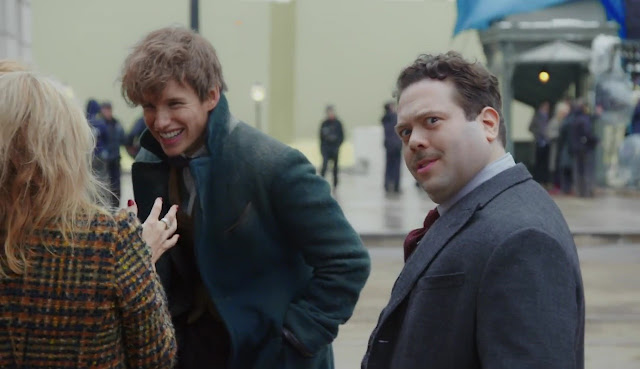 What do you think connects you to your character, Jacob, in Fantastic Beasts? Did you add
any quirks of your own to the performance, and what do you do to step into his shoes?💜
I always add my sense of humor into my characters, can't help it. jacob is very close to me
in a lot of ways. his journey was a mirror image of mine coming into the magical franchise
being in awe. he's from nyc like me and my great grandfather was a baker on the lower
east side so it feels kinda like fate. 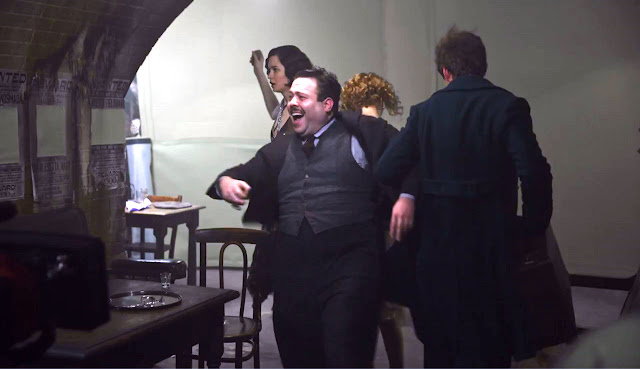 ...Going forward, when the battles get bigger and more magical, do you still see yourself
playing an important role in a wizarding war?
i'm sure newt will have some kind of magic armor for Jacob to wear. Jacob survived ww1
pretty unscathed. he's good to have around in a fight. 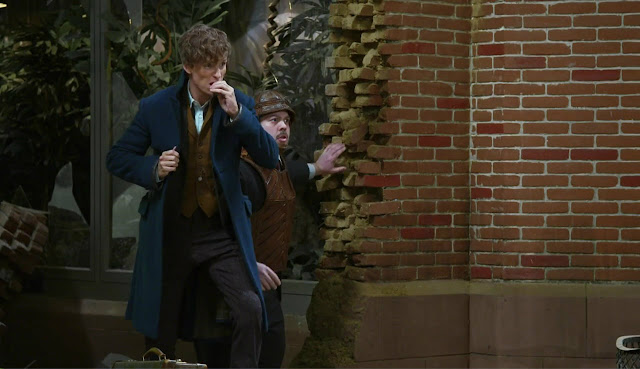 What was your favorite scene to do in the first movie, and why?
loved shooting the erumpent scene. perfect blend of comedy and action. 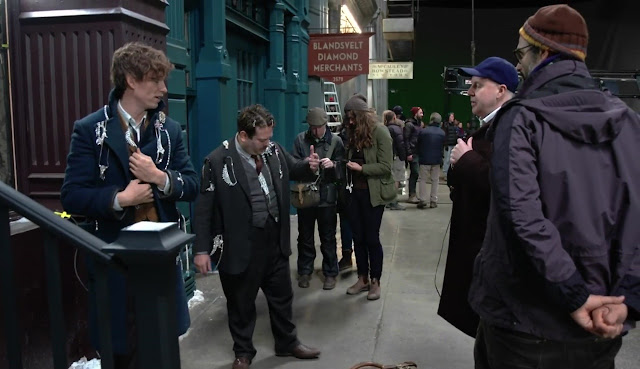 You were fantastic in Fantastic Beasts. Please tell me that you’ll be in every film
for the rest of the series.
i'll be surprised and very upset if i'm not. 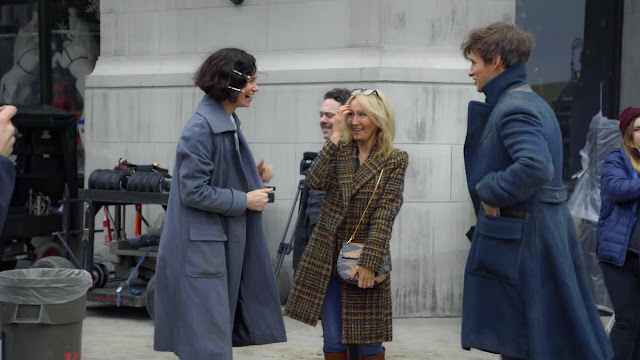 What do you think about the friendship between Newt and Jacob, any ideas on how
it is going to evolve in the sequels along with the story?
yeah it's a classic duo i must say... i can't divulge anything but i can say that
their relationship becomes more complex.

Of all the talents that you have worked with, who would you say has been
a biggest role model? Who have impacted your career?
good question. i'd have to Say Chris Walken. he taught me as long as you are fully comfortable
on camera then you will only get 3 directions your whole career doesn't matter who the director is:
1) "Do one slower" 2) "Do one faster" 3) "that was great now split the difference and we got it!"
.... and holy fuck he's right! 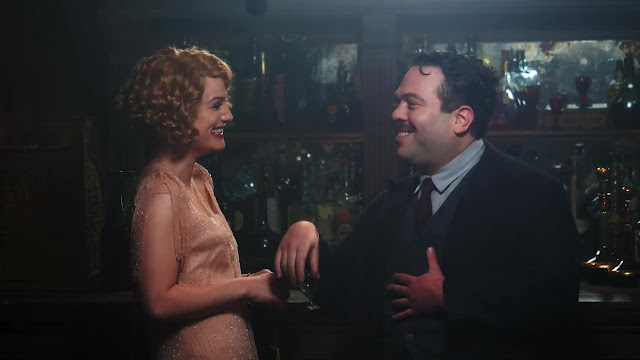 who you feel more comfortable working with, Ali or Kath?
that's tricky really love working with both and got to do more with Kat
this time around but i guess Alison cause we work most together.

Check out www.dan-fogler.com and if you'd like to Buy his new Graphic novel
BROOKLYN GLADIATOR VOLUME ZERO you may purchase on line here: https://www.amazon.com/dp/1988247349/ref=cm_sw_r_cp_awdb_t1_8SI0AbYPJB73D

(screenshots and gifs from the DVD extra videos and the FBTCoG trailer)
Posted by Jutka at 1:10 AM