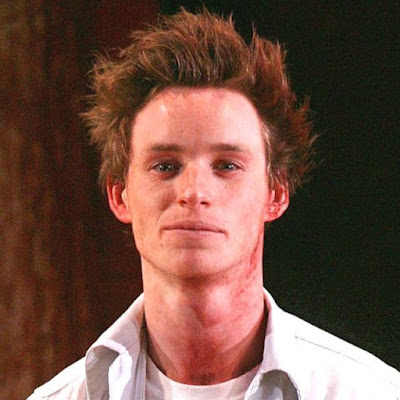 Eight years ago today was the premiere of John Logan’s play ‘Red’
in the Golden Theater on Broadway. Eddie Redmayne won the Tony
Award for his performance as Rothko’s fictional assistant Ken.


Alfred Molina in the video: "Look at him, just look at him! The man knows how to
work a camera. He's so handsome, talented, I vowed never to work with anyone quite
so talented and quite so good-looking ever again. :D :D :D It's making me look bad." 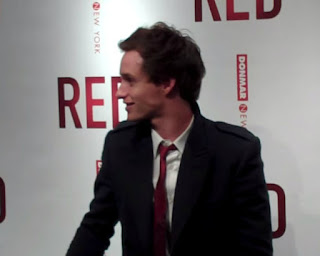 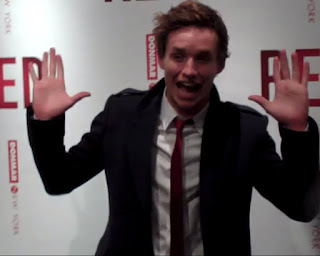 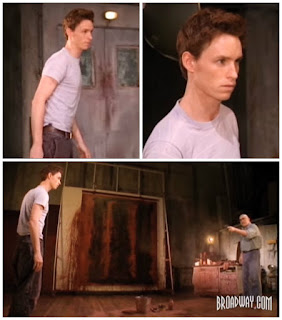 "What I love about my experience of Broadway thus far is that the sense of community here, as opposed to the West End, is amazing. The fact that we share a stage door with two other theaters and that
we had what’s called a gypsy run-through, when the casts from all
the other shows came to see us, and that there are all sorts of mates from England working here and American mates who turn up at the show—it’s an exceptional thing, and there’s nothing like it in London.
It’s always been sort of a dream to live here for a bit, so I’ve decided
to grab the thing with two hands and get a flat in the East Village, buy
a load of paint, buy a load of canvas, buy a guitar. I’m like a parody
of what East Village living is, or used to be. My plan is that, by the
end of the run, the moment in the play when Ken comes out with a
painting of his in a box, there will be a real thing in there. Of course,
the audience still won’t get to see it—it must remain a lovely enigma
—but I’ll know it’s there. (Vogue)"


The play will be revived from 4th May to 28th July 2018 at the Wyndham’s Theatre
in London’s West End, directed by Michael Grandage with Alfred Enoch playing Ken,
and Alfred Molina reprising his original role as Mark Rothko. (wikipedia)

If you want to get e-mail about my new posts, please subscribe in the box at the bottom of the sidebar.