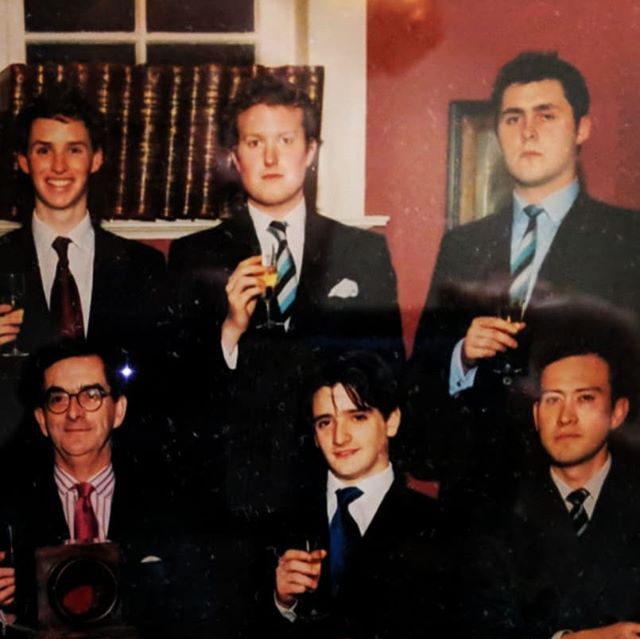 Sean O'Harrow (Executive Director of Kemper Museum of Contemporary Art Kansas
City, Missouri) posted this old group photo taken at a Pitt Club event in 2002.
He wrote: Academy-award winning actor @eddieredmayneofficial is starring in
@theaeronautsmov, a new online film about 19th-century balloon pioneers.
Here he is (upper left corner) in 2002 in a group photo with a younger me (lower right
corner). We all kidded him at the time about his crazy ambition to be an "actor"! I like
to think that it was because of our teasing that he worked harder to prove us wrong...😉

On the photo in the lower left-hand corner you can see David Watkin (1941-2018),
who was professor emeritus of History of Architecture in the Department of
History of Art at the University of Cambridge, and  Pitt Club president.