When Eddie went to Cambridge he earned a little pocket money with modelling.
Magazinecanteen posted on Instagram a photo of the young Eddie from 2003. 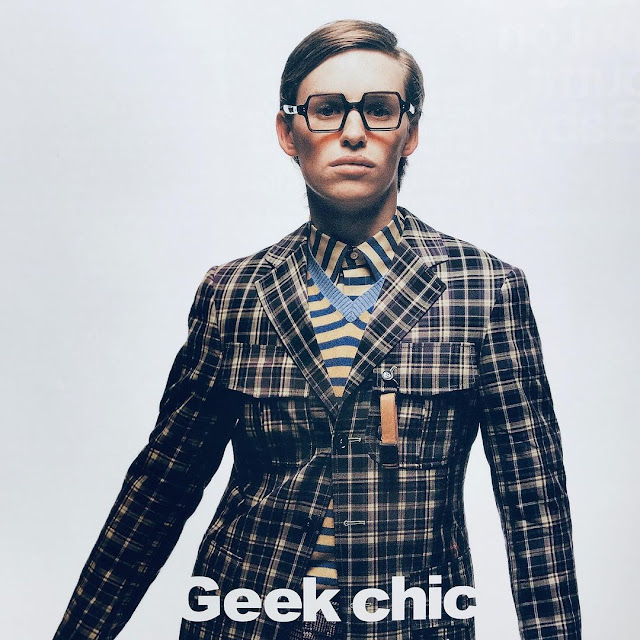 Magazinecanteen: "You can forget that Eddie Redmayne was a model before an actor.
I don’t! I wonder if this was around the time he lived with Jamie Dornan and
they were both modelling... geek chic by David Bailey. Arena 133 #davidbailey"
(source)
The Arena Magazine 133 was the April 2003 issue, which means that
the photo was taken during Eddie's Cambridge University years.
This was the time when he starred in an episode of Doctors.
Thanks to @gallery.celeb on Instagram for the great find.
I haven't seen this old photo before.
Links:
Cambridge University years 2000-2003
Eddie in a 'Doctors' Episode from 2003
Variety's Actors on Actors with Jamie Dornan
Posted by Jutka at 8:06 AM

Email ThisBlogThis!Share to TwitterShare to FacebookShare to Pinterest
Labels: modelling