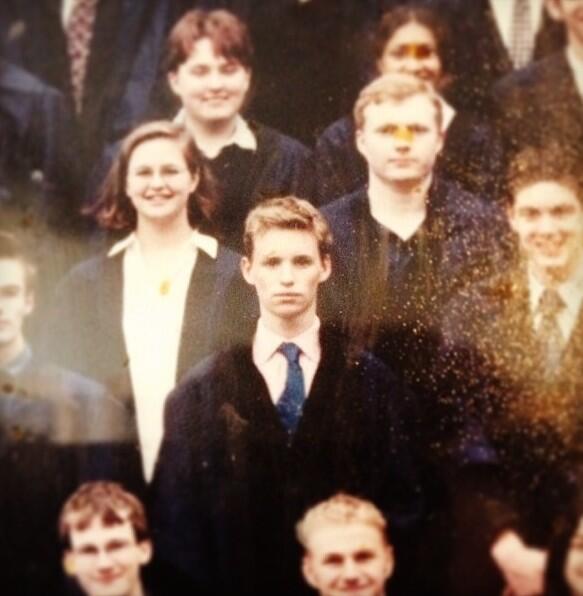 This old photo showed up on Instagram a few days ago( x ). I felt an urge to do a post about it.


There is a small but significant fact that the admissions tutors at Cambridge University did not know about Eddie Redmayne when they accepted him to study History of Art at Trinity College: he is colour blind. Not surprisingly, it caused a few problems during the course of his studies. “In your exams you would have these envelopes with images in them,” he says, “I remember there was one about chalk drawings, the difference between black chalk and red chalk; I had no idea!” ( x )
He went on to study history of art at Trinity College, Cambridge, whence he graduated with 2:1 Honours in 2003 (x) 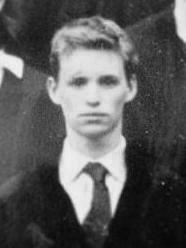 Eddie Redmayne about his University years: What I do remember is this idea of sparring with friends, arguments about issues and current affairs. I'm a pretty poor arguer, but there are those moments when you suddenly realize that you've taken a standpoint, and you've so been pushed into a corner, and you're actually beginning to believe what you're saying more than you ever actually meant. ( x ) 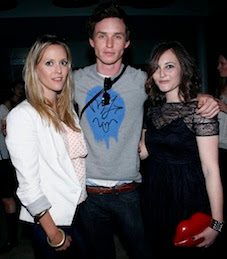 KATE KINGSLEY Young Loaded and Fabulous Book Party -
April 05, 2010 - My post about the event
Kate Kingsley (on the right in this photo) was a classmate
of Eddie Redmayne in Cambridge. (x)
Clemency Burton-Hill (on the left in the photo) is a friend of Eddie from Cambridge too. She studied English at Magdalene College, Cambridge. She attended several events together with Eddie for example the Dimetros press night afterparty (x) on 25th March 2009 in London (Donmar Warehouse).

"I sang when I was a kid. And I really enjoy it. And I had, like, a choral scholarship at Cambridge….But I haven’t sung for, like, 12 years. And I sort of lived a minor life of decadence for a few years, as in I hadn’t particularly given a s*** about the state of my vocal cords." ( x )
In Cambridge, where he studied art history (specialization : the end of the 19th beginning of 20th century art in Britain and France ) , he continued to play in the National Youth Music Theatre at the same time worked as a model
to earn pocket money. ( x ) 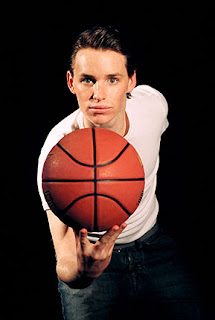 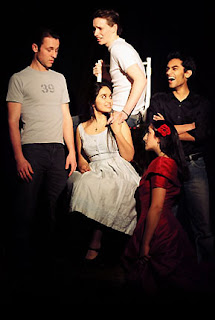 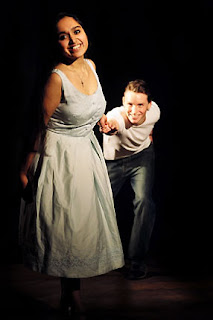 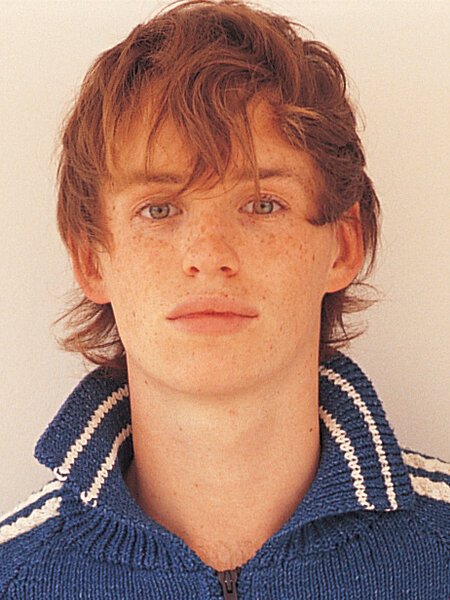 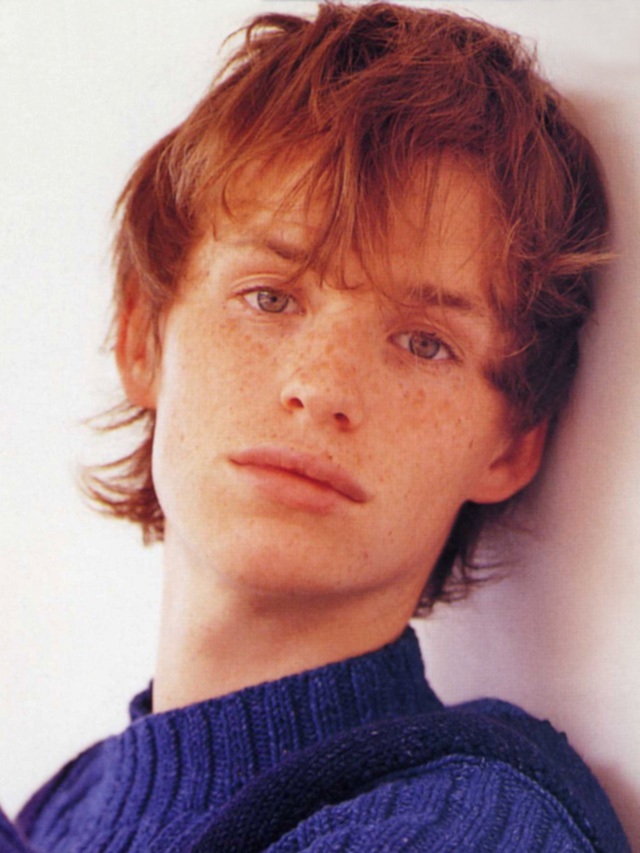 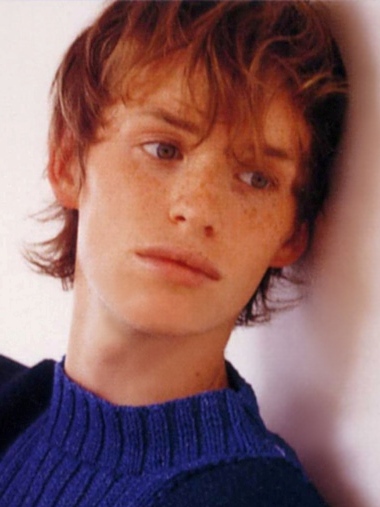 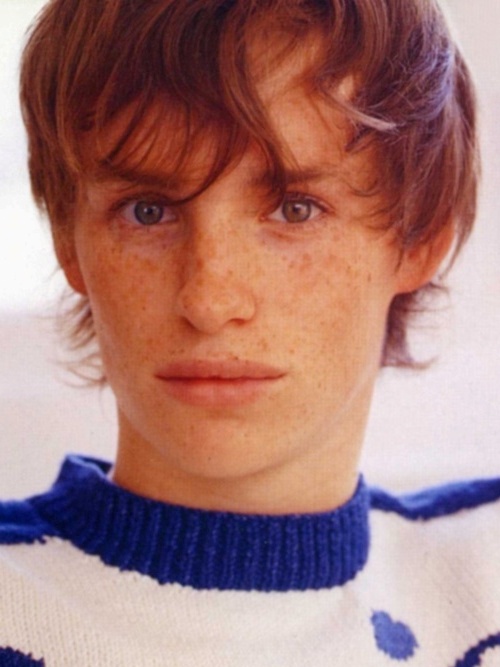 Modelling: Rowan pattern book published in 2004 By Joey Toller
these are cropped images, the original scans are here

After his first year got a call from, the casting director for London's Globe Theatre."She had got my name through

the head of drama at my old school. The Globe had been commissioned by Middle Temple Hall to stage a
400th anniversary production of Twelfth Night as it had first been staged there."
....Some days later while drinking in a London pub, he got a call asking if he was in London. Could he go over to the Globe right then for a second audition? "I was quite tipsy and that may have helped as it was the most terrifying recall
of my life." But he got the job playing Viola.
...He could have stayed and done a Globe season but he was still at university and enjoying his degree course.
He was given lots of conflicting advice but in the event stayed to complete the course and was glad that he did. (x)

He wrote his dissertation on the artist Yves Klein and his signature color: a pure electric blue IKB....
“I wrote 30,000 words on this color, and I never grew tired of it. The pigment is staggering. It’s amazing that
a color can be so emotional. One can only hope to achieve that intensity in acting.” (x) 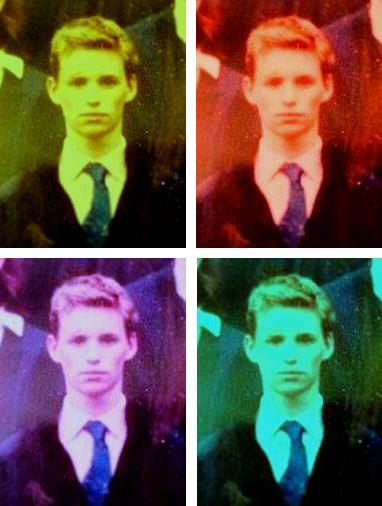 ...You’re landing on your feet I think. You went to school in Cambridge.
Redmayne: That’s right, yeah.
I have friends that went to school in Cambridge, I’ve been to Cambridge, and that’s a hell of a town
to go to school in.
Redmayne: It’s quite beautiful isn’t it?
It’s amazing.
Redmayne: It’s one of those things that even when you wake up in the morning and you’ve got a massive essay to write on some great masters piece of work, and you’re hung-over and feeling miserable, you look outside and its very beautiful, and you go, “It could be so much worse.” So, I was very spoiled to go there, but I loved it.
Do you ever go back?
Redmayne: No, I haven’t been back in a while, but what was amazing actually is they have a great heritage or history of actors there and when I was there Rebecca Hall, you know, Vicky Christina Barcelona amongst other things, and Tom Hiddleston, and Dan Stevens, Khalid Abdalla from The Kite Runner; so there was a group of us that were all there. And it was so interesting because we would all do plays together and mess about. So it’s wonderful having started having a group of friends from back in the day.
I’m going to ask you a question that almost nobody is going to get, did you attend any of May Balls?
Redmayne: I did, yeah. They’re really not going to get that. These were these hilarious- in fact, they were balls where I was dressed pretty much as I am dressed in Les Mis, not much has changed in like a hundred years. I did go. They’re very debauched, incredibly indulgent parties. Yeah, I did go to a couple. 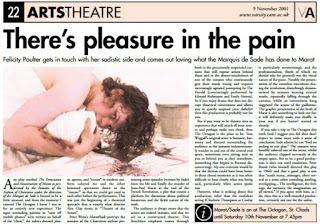 A trace of Eddie in an old edition of Cambridge magazine via @linkie16
"...The audience is always aware that the actors are indeed inmates and that we are in a constructed theatre. This Brechtian emphasis comes through both in the precariously suspended curtains that still expose action behind them and in the absent-mindedness of one of the inmates who continuously gets their words wrong and requires increasingly agitated prompting by The Herald (convincingly performed by Edward Redmayne and Emily Howes)..."
(1967 film version)