IT'S A BABY GIRL!!! - Congratulations to Eddie and Hannah! - Happy Father's Day! 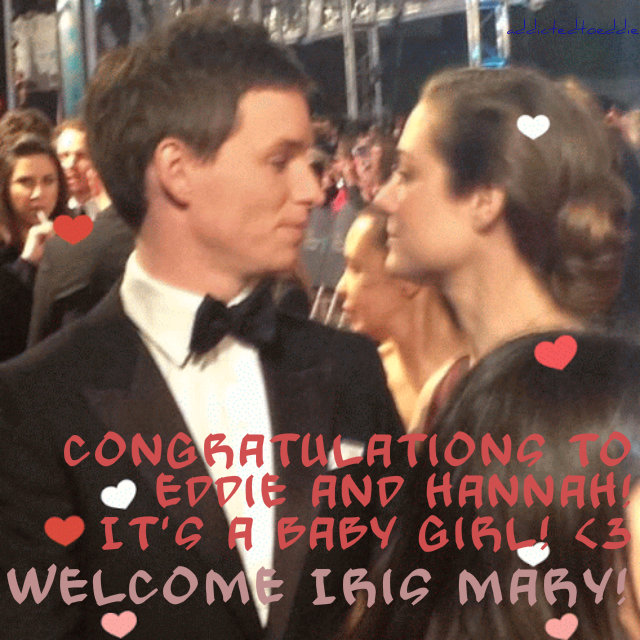 Welcome Iris Mary Redmayne! <3 :)
She was born on 15 June, the happy parents announced the news in The Times,
the same traditional way as they announced their engagement. The baby's middle name
appears to be in honor of Eddie's Scottish grandmother. Best wishes to the family!
Congratulations to Eddie Redmayne and his wife Hannah!
Happy first Father's day to Eddie! I'm sure Iris Mary has a wonderful dad.
babymayne posts on tumblr 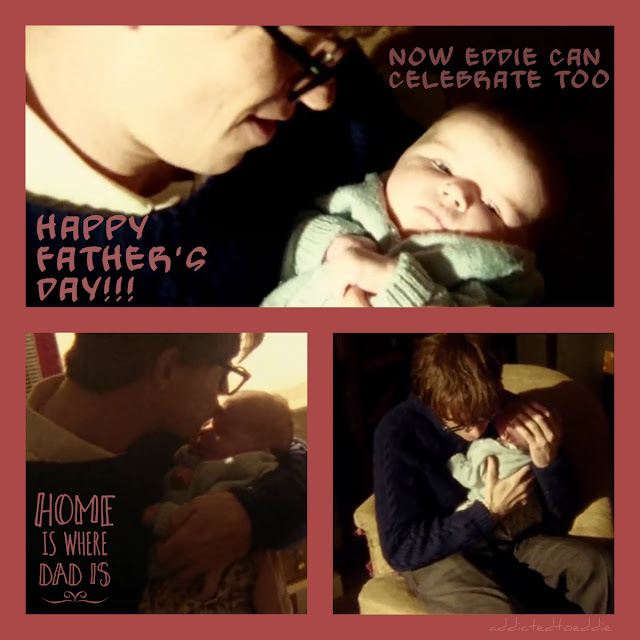 
A spokeswoman confirmed to Mirror Celeb: "I can confirm that Eddie and Hannah Redmayne have welcomed
their first child." (source: Mirror)

“Iris is one of the bouquet of turn-of-the-last-century flower names that is gradually beginning to regain its appeal:
it is now at the highest point it has been since the Thirties.
In Greek mythology, Iris (Ίρις) was the goddess of the rainbow, a messenger for Zeus and Hera who rode the rainbow as a multicolored bridge from heaven to earth. In ancient times, the Iris was considered a symbol of power and majesty, the three petal segments representing faith, wisdom and valor. This colorful image led to the naming
of the flower and to the colored part of the eye.”
Other stars chose Iris to their daughters are Jude Law and Sadie Frost, Renee O'Connor and Judd Apatow and Leslie Mann
(source: nameberry.com via)

Hannah and Eddie at The Oscars this year

LA Times: Eddie Redmayne and his wife welcome a baby girl
One of the classier birth announcements, alluding to the biannual events
in the Redmaynes’ relationship and his new Prada role. (via)