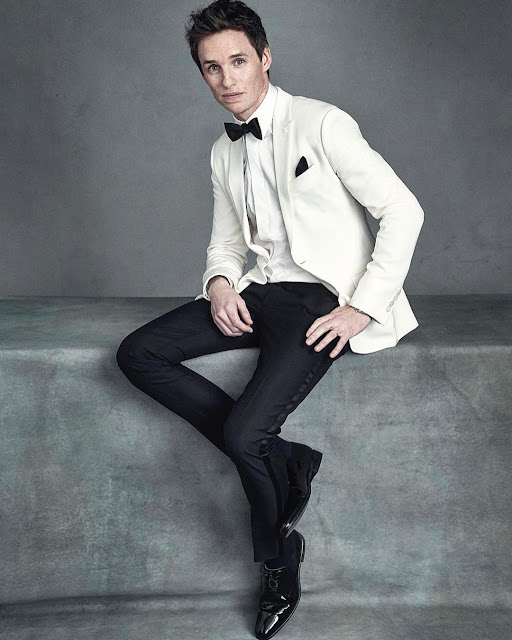 gavinbondphotography: 3rd years a charm.
Happy I had a little more room this year and I could venture out of my 8x8 box
and photograph more than just Eddies face. Part of my BAFTA portfolio for the
latest issue of British GQ published today. @britishgq #eddieredmayne @bafta .
Photographed using #Leica s007 @leicauk #bafta #britishgq

Photos of the BAFTA 2017 BTS photoshoot from Gavin Bond's Instagram 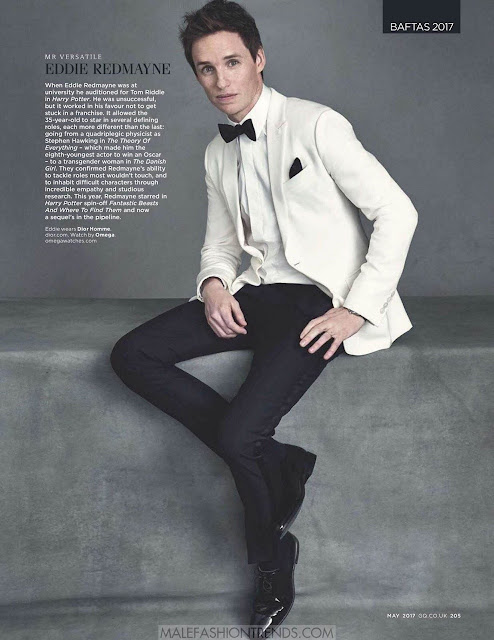 MR VERSATILE EDDIE REDMAYNE
When Eddie Redmayne was at the university he auditioned for Tom Riddle
in Harry Potter. He was unsuccessful, but it worked in his favour not to get
stuck in a franchise. It allowed the 35-year-old to star in several defining roles,
each more different than the last: going from a quadriplegic physicist as
Stephen Hawking in The Theory of Everything - which made him the eighth-
youngest actor to win an Oscar - to a transgender woman in The Danish Girl.
They confirmed Redmayne's ability to tackle roles most wouldn't touch, and to
inhabit difficult characters through incredible empathy and studious research.
This year, Redmayne starred in Harry Potter spin-off Fantastic Beasts
And Where To Find Them and now a sequel's in the pipeline.
(Eddie wears Dior Homme. Watch by Omega)

Tumblr posts
Posted by Jutka at 12:43 AM