Throwback: Eddie in the live program of B96 Chicago radio in October 2014

I participate in 30 days idol challenge and made posts on tumblr, Instagram, Twitter and facebook. The task
of the 25th day is idol at the radio show. I rewatched the video and decided to make a post about it here too. 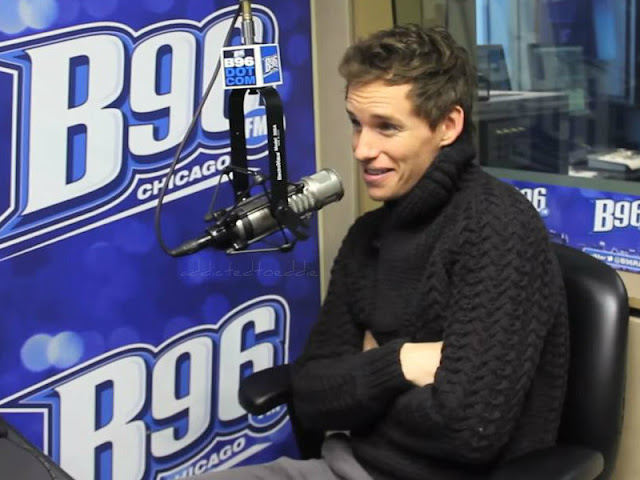 In the video (at the bottom) Eddie Redmayne talks about becoming Stephen Hawking in "The Theory Of
Everything". He talks about his preparations, his meeting with Stephen Hawking. They cannot shoot the
story chronologically, so Eddie made a chart. "The chart mapped that... physically and vocally, what was
going on in the performance, so I could jump into these different scenes and different places..." 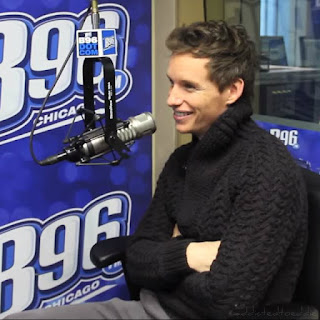 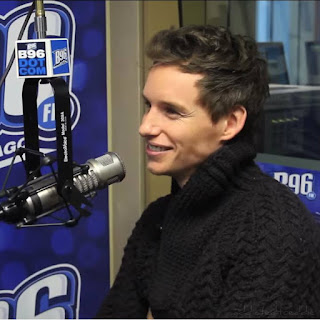 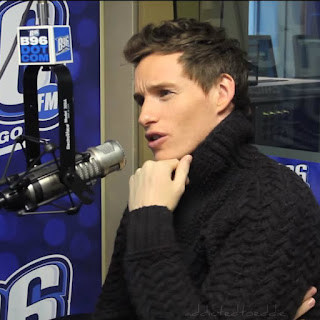 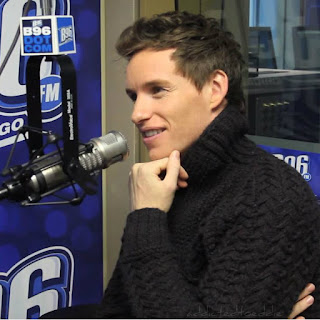 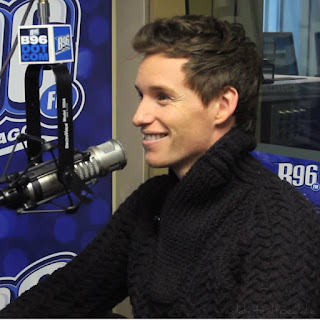 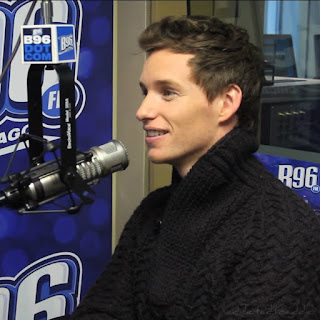 "...Rather than wallow in the horrific news, he (Stephen) chose to live every minute of his life
as fully as he possibly could, and continues to do so, and for me that was hugely inspiring..." 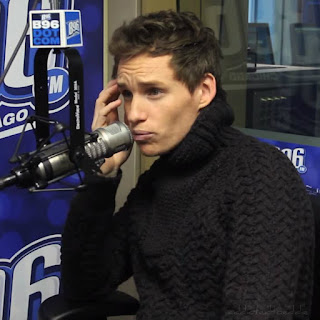 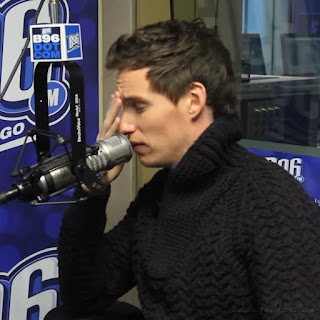 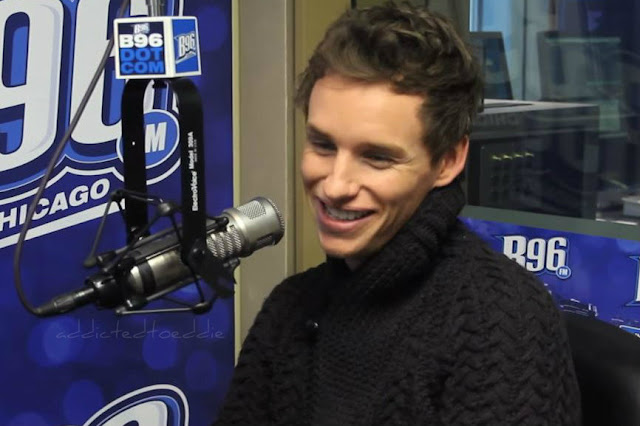 Eddie is asked about if he was in Chicago shooting Jupiter Ascending.
"...all of our staff was shot in Pinewood. A was desperately begging Lana and
Andy ...Wachowski to let me coming shoot here, but sadly it was not to be..." 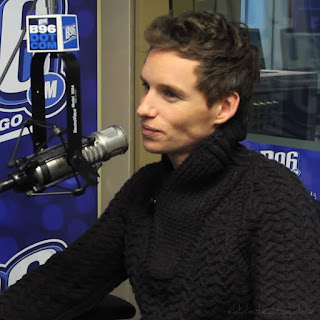 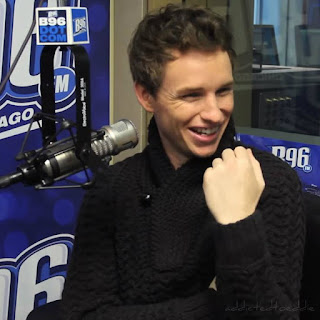 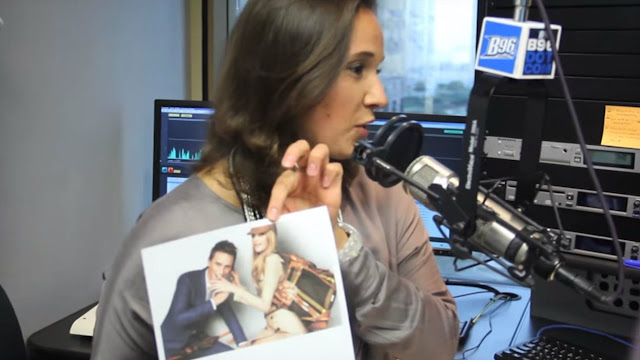 There's a big giant Burberry store on Michigan avenue...this was up on the front
of this Burberry store for many many weeks.... "Wow, what am I doing?..."
Actor, singer, model - "I don't know, just trying to retain employment." 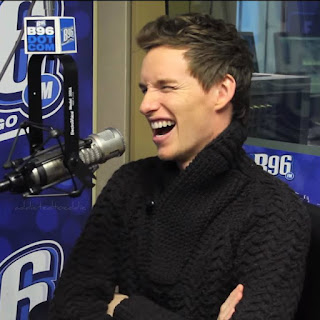 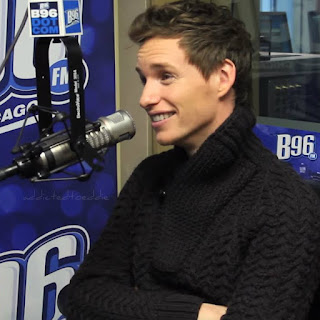 The pictures are my screenshots from the video