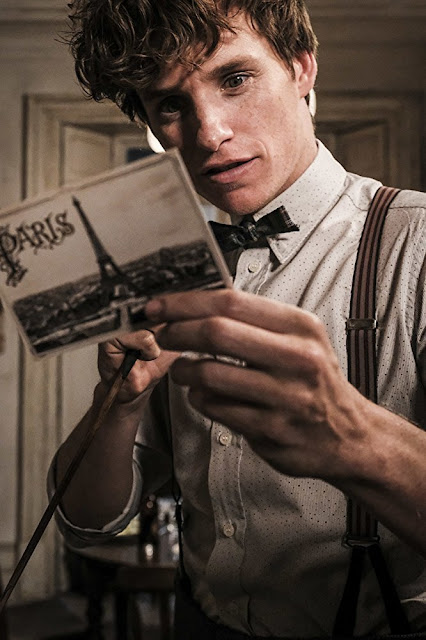 EW: All 5 movies will be set in different cities

“Yes,” Yates replied when asked if each film is set in a different city. “Jo’s already
told us where the next one is taking place. It’s very exciting. This is a global story,
ultimately. And given that there’s a global audience for this, it’s all the more
delightful to take the story to different parts of the world.”

During the Early Man promo Eddie was asked about The Fantastic Beasts sequel too.

Previously producer David Heyman explained how The Crimes of Grindelwald
takes place almost entirely in Paris, though other cities are glimpsed as well.
“We delve deeper into [J.K. Rowling’s] wizarding world — we’re in Paris, we’re
in London and New York — the world is expanding,” Heyman says.
“As you can tell from the [cast photo], we’re following quite a few characters.
The new film has a very different feel than the first. It’s got a thriller quality.
And it’s also a story about love and passion and all its forms — paternal,
romantic, political. And it’s just a thrilling and very fun adventure. We took
all we’ve learned from one and just expanded that and created a richer, deeper
and more thrilling film which I’m excited to be a part of.”

Eddie told RadioTimes: “I’ve known Jude for many years and I like him hugely and
it was really wonderful watching him find the young version of Dumbledore.”
How would he describe his co-star’s portrayal of the iconic future headmaster
of Harry Potter? “Playful”. As for Newt, he’s “pretty central” this time around.
“It’s really a progression of the story as we left off and what’s going on with him
and his relationship with Dumbledore”. (from 1:40 in the video above)

In the Early Man interview for SreenRent he also asked about Jude Law as
Dumbledore (x): “I had talked a little bit with Jo [Rowling] about what Newt
and Dumbledore’s relationship was in the first film because it was alluded to.
And then when they cast Jude, who I’ve known for a long time, it made such sense
because there was a kind of debonair quality to him, but also like a playfullness
that felt entirely appropriate, but also there’s kind of a weight to his…
he’s got a weightiness, Dumbledore… Not physical weightiness [laughs] But
when Jude arrived on set, he just looked so perfect. It all made complete sense.” 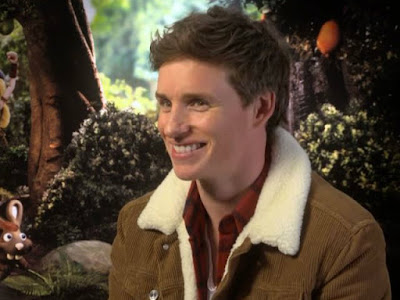 Fantastic Beasts director revealed the French word for 'muggle'. the French term for
muggle in the film is simply: “Non–magique.” David Yates also talked to EW about
the wizarding community in Paris: “[The wizarding world in Paris is] quite glamorous,
it’s quite beautiful. There’s a community that lives alongside the muggle community,
it’s much freer than in New York, where there’s segregation,” Yates told EW. “Paris
is a bit like England, actually, not so hung up about the differences between the two.
Magical people can freely move into non-magical communities as long as they’re
discrete about their talents…”