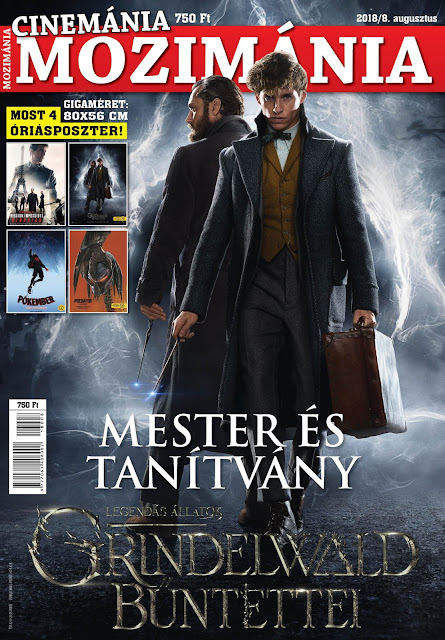 Here's the first Hungarian promo for Fantastic Beasts: The Crimes of Grindelwald.
Magazine cover and poster from the Hungarian Mozimánia Magazine
August 2018 issue - pictures via the magazine’s facebook page. 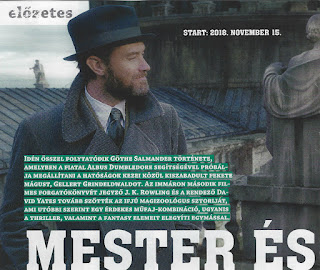 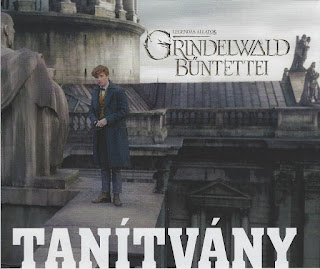 There's a preview article in the magazine about the movie - Title: Master and Apprentice
- focusing mainly on the Potter connections, Dumbledore and J.K. Rowling.
You can buy the digital copy of the magazine here

“The first film had a level of whimsy; the characters felt like children in grown-up
bodies. In this movie, it gets grittier and more nuanced and detailed. It’s quite a
romantic film, it’s a thriller, it’s quite an interesting combination of genres you
rarely see together. I think it will surprise people.”  - told Yates ... 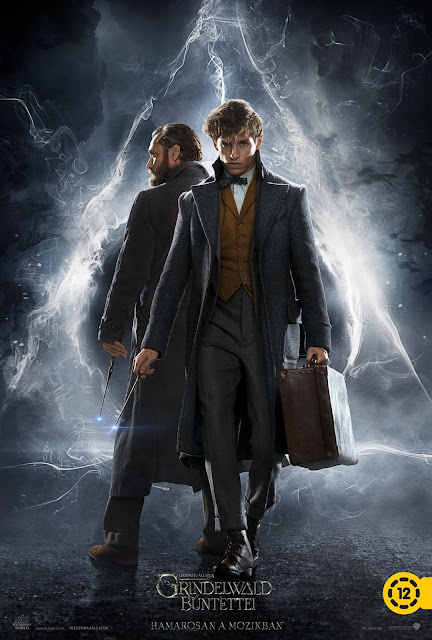 “I had talked a little bit with Jo [Rowling] about what Newt and Dumbledore’s relationship
was in the first film because it was alluded to. And then when they cast Jude, who I’ve known
for a long time, it made such sense because there was a kind of debonair quality to him, but
also like a playfullness that felt entirely appropriate, but also there’s kind of a weight to his… ”
- told about his co-star Eddie Redmayne, who plays Newt Scamander.

"I can't tell you everything I would like to say because this is obviously a five-part
story so there's lots to unpack in that relationship," - Rowling said on the relationship
of Dumbledore and Grindelwald. "You will see Dumbledore as a younger man and
quite a troubled man, because he wasn’t always the sage. He was always very clever,
but we’ll see what I think was the formative period of his life." - revealed Rowling.

I made the quote translations with the help of other interviews
from EW, ScreenRent and EW