Fan encounters near the Playhouse Theatre this weekend (2021-11-13) 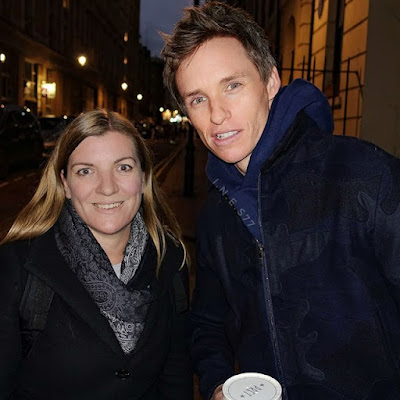 Ines @i.n.e.s77 posted on Instagram (translated from German): What could be nicer
on a perfect day in London to spontaneously see Eddie Redmayne. Shortly before
we went to the airport, we passed the theater where the play Cabaret's playing with
him on Monday. There was a bit of hustle and bustle at the theater, people were going
in and out of the stage door, chairs were being brought in, decorative work was being
done at the entrance. There was rehearsal, you could hear a woman singing. Secretly
we hoped to see Eddie and yes we were lucky 😊 He was super relaxed and really nice.
I was really excited and suddenly I didn't know how to use the flash on the camera😂. 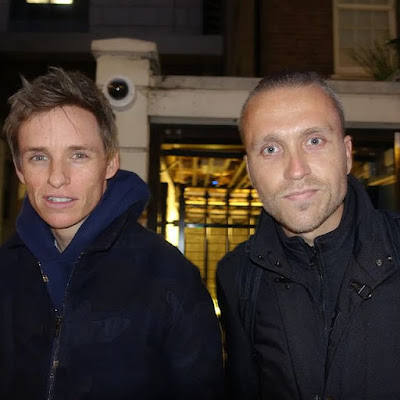 Marcel @izmemarcel posted: "Yesterday we met Eddie Redmayne. Had spontaneously
hoped that he would rehearse on the day because his play doesn't start until 2 days later.
When we had to make our way to the airport, we were still lucky. He was very friendly
and relaxed, it was only me and my friend @ i.n.e.s77 there. We're trying to fly to
London again in the near future to see #eddieredmayne on stage."
Posted by Jutka at 3:30 PM