(x)
Eddie Redmayne's new wife Hannah Bagshawe was seen sporting a sling as the couple stepped out together in New York. Hanna's left arm had been placed in a cast as she and her Theory of Everything star husband made their way to their hotel in the Big Apple on Monday. (x) I checked their recent photos and noticed, that Hannah was injured already when they went to see a play to the Young Vic Theatre on 21 May. 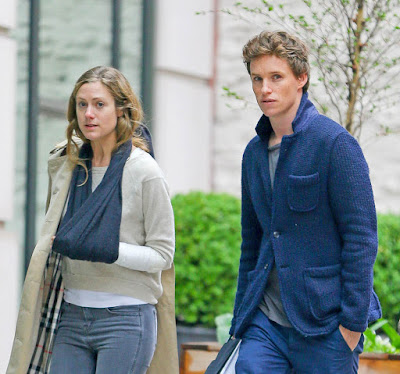 And here's a newly published fanpic from London 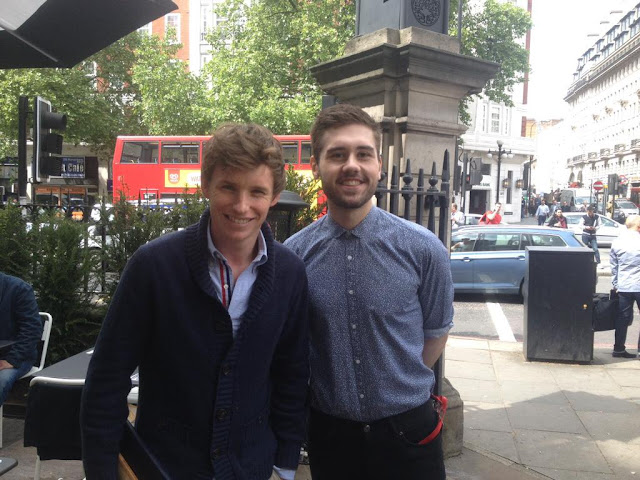 @PizzaExpress (x):  Eddie Redmayne is conquering the film world but still has
time to eat pizza at our Baker St restaurant. What a man.
Based on Eddie's hair style this photo was taken recently, I don't know exactly when.