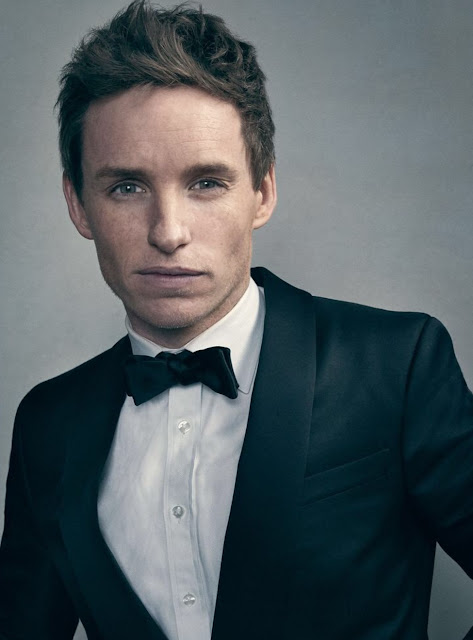 For an actor as distinguishable as Redmayne — the auburn hair,
the narrow eyes, the wide jawline, that megawatt smile — it’s astonishing how he is able to wipe his own personality away so entirely when onscreen. In his most critically acclaimed roles – notably the actor’s portrayal of Professor Stephen Hawking in The Theory of Everything and this year as transgender woman Lili in
The Danish Girl — it is the extraordinary physicality of Redmayne’s acting, his gestures, his gait, tics and so on, that unlock his true potential as a performer. Here’s to the next ground breaking metamorphosis. 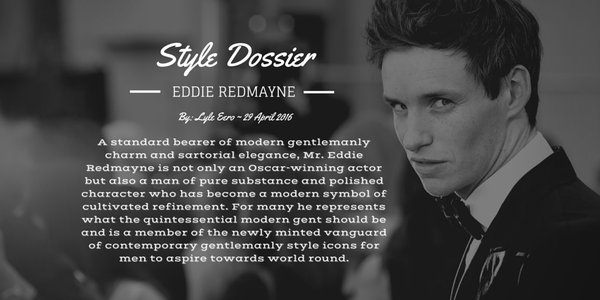 Style Dossier: Mr. Eddie Redmayne
with photos and quotes (via) 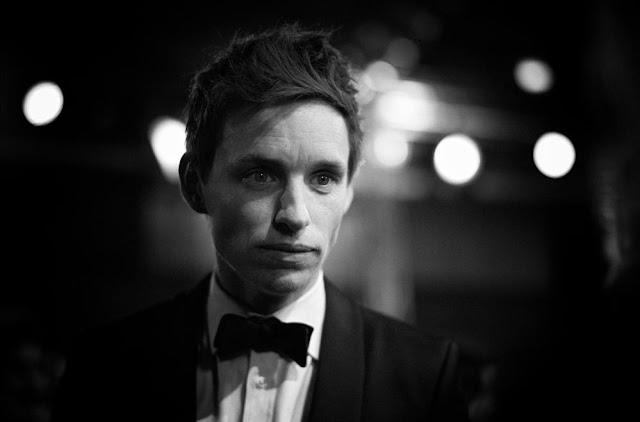 BTS photos from this year's BAFTAs by Sarah Lee (via)

Comingsoon.net: Colin Farrell Talks Fantastic Beasts and Where to Find Them
Farrell on working with Eddie, Ezra and David Yates: "Yeah, he was great, Eddie and Ezra. David Yates is an extraordinary man and filmmaker who kinda feels like a protector of the kingdom. He’s so well-versed in the mythology of that world and has a deep affinity for the characters and the lore of it. He was great to be around"...

Variety: Tom Hooper to Direct ‘Cats’ Movie for Universal
Tom Hooper will direct and produce a movie adaptation of Andrew Lloyd Webber’s musical “Cats” for Universal and Working Title...
The musical “Cats” is based on T.S. Eliot’s poetry collection “Old Possum’s Book of Practical Cats” and centers on a tribe of cats called the Jellicles who must decide nightly which one will ascend to the Heaviside Layer and come back to a new life. The show was first performed in London in 1981 and ran on Broadway from 1987 to 2006...
The Sun first reported in February that Hooper was in talks to direct a “Cats” movie and was seeking Suki Waterhouse to star.

bespokeredmayne: Meow! (check the post! Very amusing)
News of Tom Hooper’s latest project brought out the cattiness in the Twitterverse about casting, including some purr-fect gentle sarcasm about Eddie.