VidCon, Inside the Magic and the Goldstein's appartment - Fantastic Beasts News

Fantastic Beasts Reportedly Set For “Elaborate Stunt” at VidCon
Major movie studios are now heading to this year’s event, held the weekend of June 23rd at the Anaheim Convention Center, where the annual event is now held.”...With an expected attendance of 30,000 or so, that’s the biggest direct line to the 12-24 crowd that marketers have had since the heyday of MTV. And from all reports they are coming to impress...
New York Times reports..., that the studio is planning an “Elaborate Stunt” to get the audience’s attention (and the Internet’s attention beyond), it got just about every Potterhead’s attention. Any “Stunt” they are planning to pull off most likely involves recreating the CGI of Fantastic Beasts’ menagerie in real life for the assembled masses. It could also mean a visit from the movie’s star, Eddie Redmayne.

(x)
Pottermore: Welcome to Tina and Queenie Goldstein’s apartment
...You understand somebody on a very intimate level when you’ve been in their home and I loved that.’ (Alison Sudol)...
‘It’s so nice to have all the books by Tina’s bed and have that environment that says so much about her. It feels like she lives there,’ says Katherine Waterston, our Tina. ‘What’s so great about the production team is that you get an idea in your head and they can manifest it. This is one of my favourite locations of the whole movie.’... 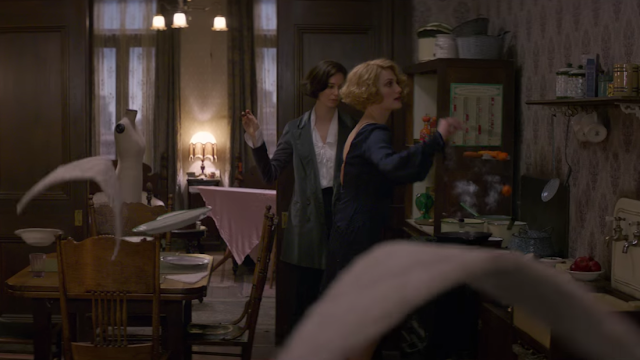 Jenn Murray, who plays Chastity in FB, spoke to BANG Showbiz at the Love & Friendship premiere in London, about working with Eddie Redmayne on set (via Fantastic Beasts Movies):
"I worked with Eddie Redmayne on my first day, it was amazing because he was so relaxed and makes it look easy. But then when you really pay attention and you watch someone; he is so gifted, it was really great and he was so polite and well mannered too."
Sunday World article: Eddie Redmayne makes acting 'look easy' 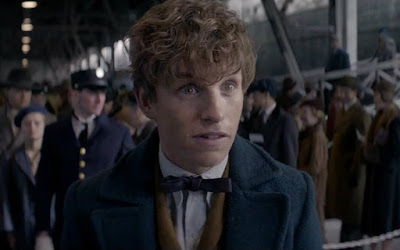