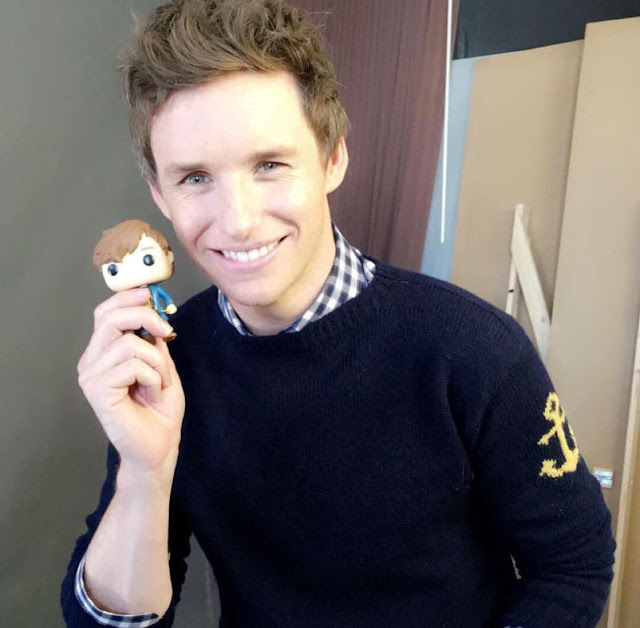 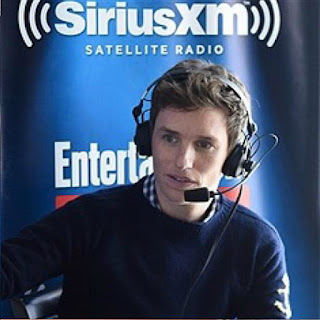 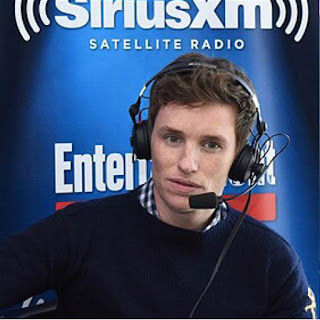 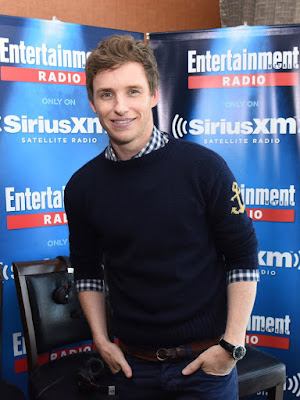 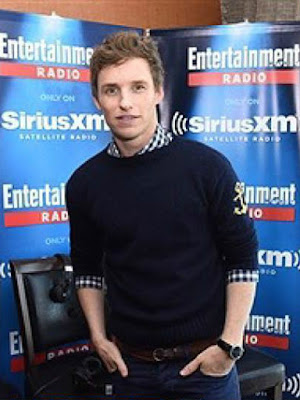 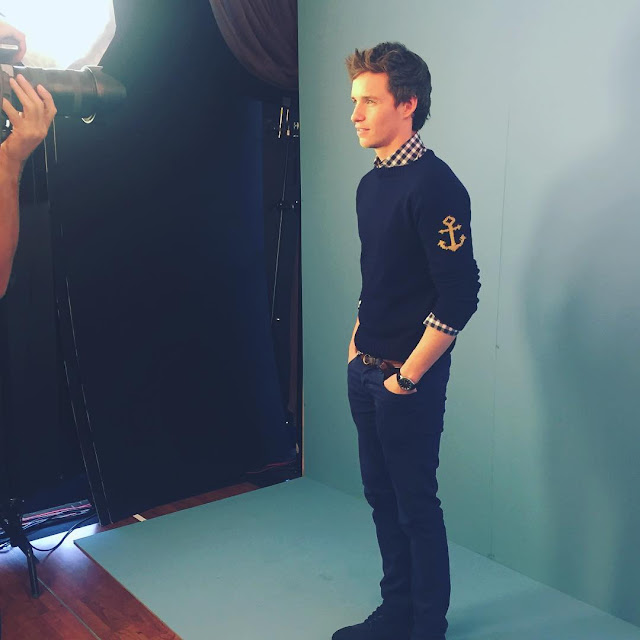 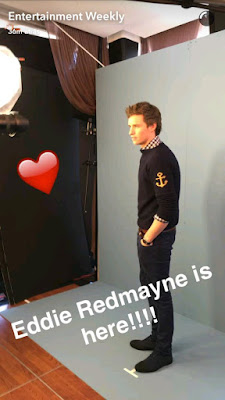 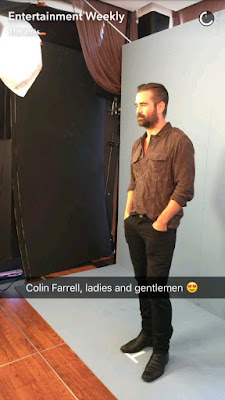 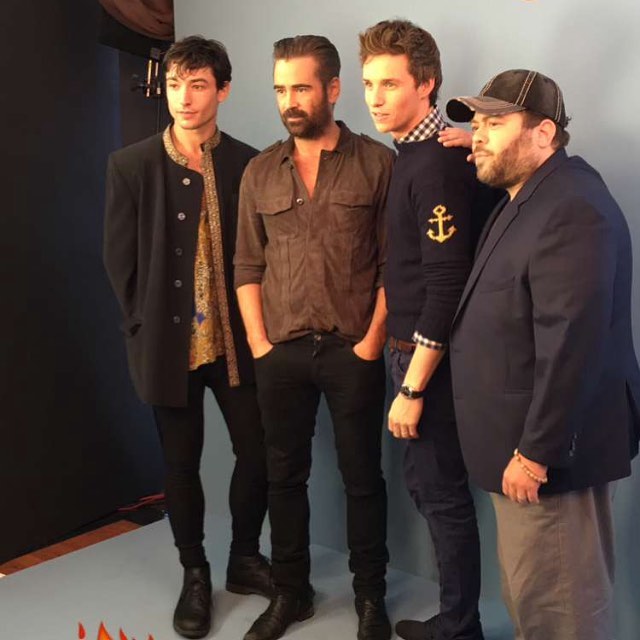 Eddie Redmayne might be playing a Hufflepuff when he hits the big screen as magizoologist Newt Scamander in Fantastic Beasts and Where to Find Them, but when it comes to his favorite character from J.K. Rowling’s wizarding world, he’s a Gryffindor through and through. The cast of the upcoming film made an appearance on EW Radio (SiriusXM ch. 105) on Saturday at Comic-Con, where they revealed their favorite characters from Rowling’s original series of magical books and films. For Redmayne, Weasley is his king... (EW) 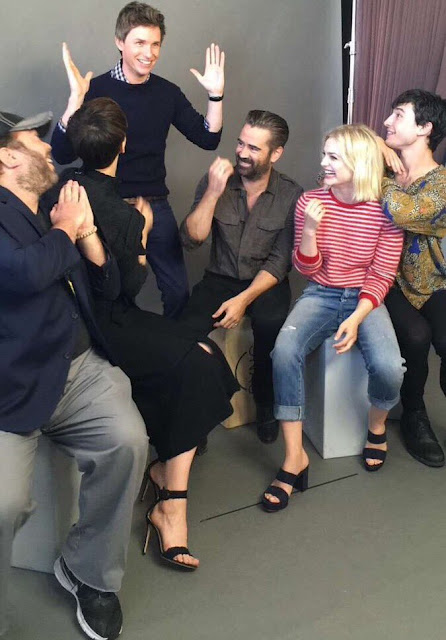 "I was a Ron fan. I thought that Rupert was kind of wonderful from the word ‘go’. Even when he was like really young, he had the most expressive, kind of elastic face. Hair color may be slightly something to do with it."
— Eddie Redmayne, on which of the original Harry Potter characters is his favorite (via)


Colin Farrell, who plays the auror Graves in Fantastic Beasts, chose a fellow auror. “Mad Eye Moody, for the man-crush I have on the actor who plays him,” he said, referring to Brendan Gleeson. Alison Sudol also picked another key figure in Harry’s life: Sirius Black.
The cast also stopped by the EW lounge at Comic-Con, and discussed what it was like when Rowling came to the set. (EW) 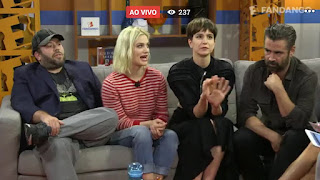 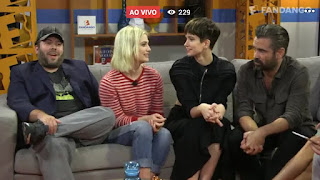 A producer on the Potter movies initially suggested a mockumentary based on the Fantastic Beasts textbook, he said, and when that was brought to Rowling had a different idea.
“She’d said, ‘You know what, I’ve been thinking about this for an age’ – because Jo has such an infinite knowledge of this world – and she’d already had a story of her own that she wanted to tell, it just triggered her,” he said. “So when she said, ‘Yeah, I’ve got a story to tell,’ that’s when I knew we were going back to it.”

EW & People’s Jess Cagle caught up with the cast and crew of the upcoming Harry Potter spin-off movie, ‘Fantastic Beasts and Where to Find Them’. Jess asked them if they had any idea that there would be another Harry Potter film in the wizarding universe.
You can listen to the full interview on the SiriusXM app! - read more 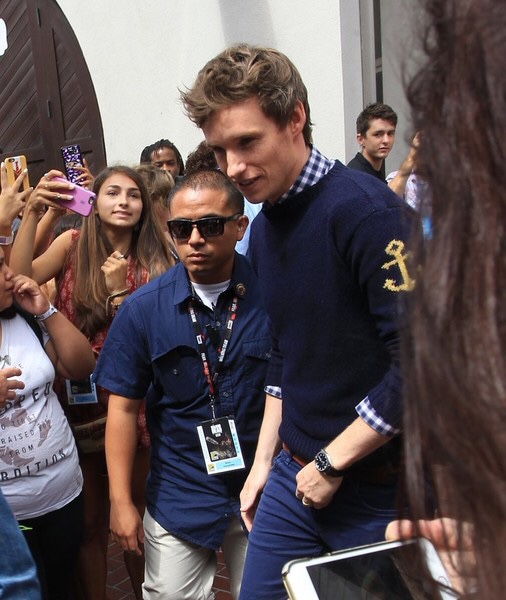 bespokeredmayne: Eddie Redmayne creating a buzz at Comic Con.
My guess is that his sweater/jumper is an homage to San Diego,
a major port and headquarters for the US Navy. 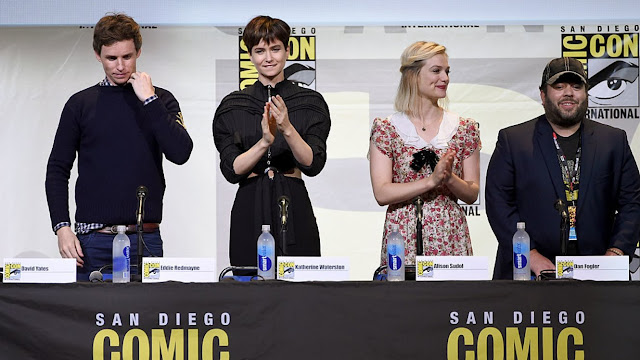 The Pottermore Correspondent chats with Eddie Redmayne, Katherine Waterston,
Alison Sudol and Dan Fogler at the back of a bus at San Diego Comic-Con.

...‘I feel like what’s extraordinary about Comic-Con is that so much energy comes into the city
for four days and you feed off that,’ says Eddie. ‘So, your adrenaline is pumping and pulsating
through your body and you kind of feel elated. Slightly like you’re floating on a different planet.
You almost can’t take it in; it’s too much visual stimulus.  'You see people
everywhere dressed in costume – I saw a guy dressed as Newt Scamander.
I was like “I love it!” And there’s this Funko toy… That’s kind of amazing,
although I think I’m going to take mine home and put freckles on it.’

Potternore: A day at San Diego Comic-Con with the cast of Fantastic Beasts
detailed report about the events and interview with the cast (via)