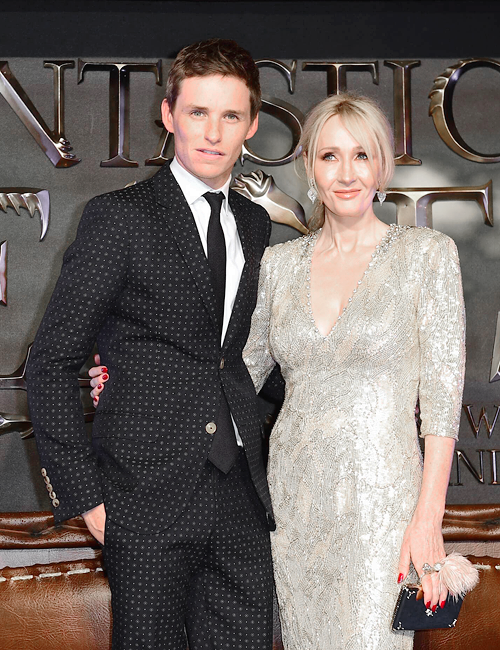 Eddie Redmayne and J. K. Rowling attend the European premiere of ‘Fantastic Beasts
And Where To Find Them’ at Odeon Leicester Square on November 15, 2016 in London
(source: sirredmayne) 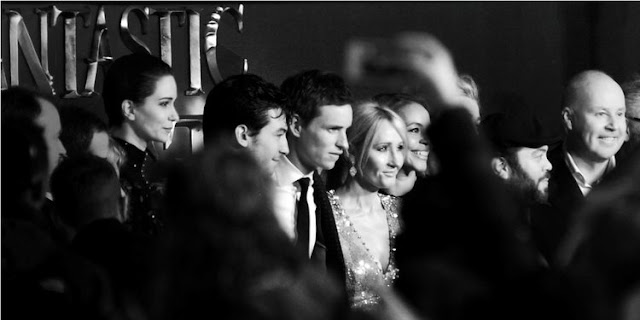 
"...when he got the part of Newt, Eddie asked to spend an hour with J.K. Rowling to talk
about his character. ‘There was no small talk. I just said, “Right, tell me about Newt.”
I had so many questions about his background and his family. It was all about J.K. Rowling’s
vision and how she envisioned the world around Newt. As with all of her characters, Newt
comes from somewhere in her heart. He means something to her. ‘I've played real people
with historical information available about them, like Stephen Hawking and Lili Elbe, and
there was a lot of intense research around those roles. But then came Newt, who is, of course,
a fictional character. Jo became my research, really.’" - Eddie Redmayne (source: Pottermore)

Eddie is a true gentleman, he takes care of J. K. Rowling on the blue carpet
(my gifset - video credit BBC) 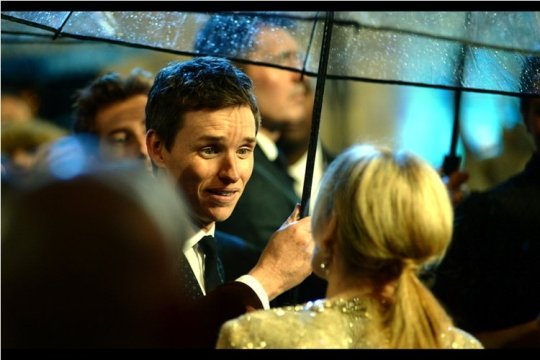 "I feel like J.K. Rowling’s world is one that is owned by everyone in some ways. People have
grown up with it and have such a sense of that universe that there’s something kind of wonderful
seeing everyone get involved...It is intimidating because I love the Potter films. I found them
the most wonderful sort of escapism every year or two. It was a sort of magical place to dive
back into. And if you’ve loved something and then in some ways you become a part of it, you
just don’t want to be the one that screws it up!" - Eddie Redmayne (source: CBS News) 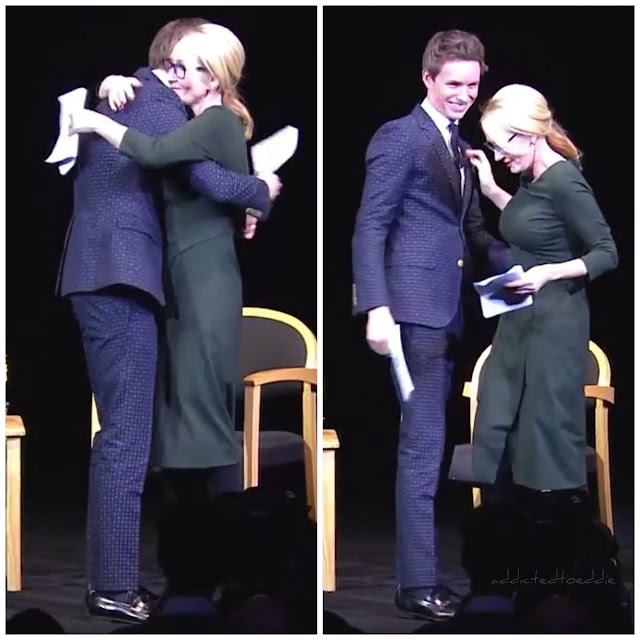 Eddie with J.K. Rowling at the Lumos Charity Screening at Carnegie Hall on November 12, 2016