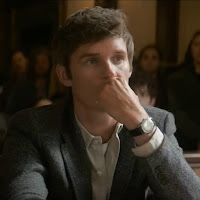 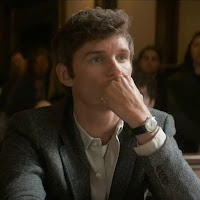 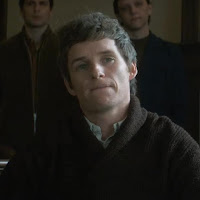 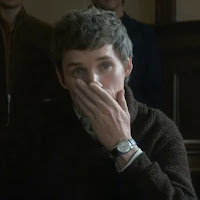 The Trial of the Chicago 7 on Netflix October 16

The movie has 92% on Rotten Tomatoes
You find reviews on the website
Some reviews of the movie from Twitter:

Powerful and oh so important to see now , Aaron Sorkin’s Trial Of The Chicago 7 is a triumph with a superb acting ensemble. Eddie Redmayne as Tom Hayden, Frank Langella, Sacha Baron Cohen, Jeremy Strong, Joseph Gordon-Levitt, Mark Rylance, everyone so great. A must this season


I loved THE TRIAL OF THE CHICAGO 7. The writing, the ensemble (EVERYONE is excellent), the earned sentimentality. Only movie I've watched twice this year. Any movie that can earn a stand up and cheer moment is good by me.

I really liked The Trial of the Chicago 7, though wasn't nearly as Sorkiny as I was anticipating, almost feels like dialogue is coming at 80 percent its usual speed. At least 7 great performances, though standouts for me were Eddie Redmayne, Yahya Abdul-Mateen II & Marky Rylance.

If there was a formal TIFF festival this year, The Trial of the Chicago 7 would’ve likely been your audience winner. There are many audience cues that would’ve had rounds of applause and standing ovacations throughout the film, so it’s incredibly jarring watching this at home!