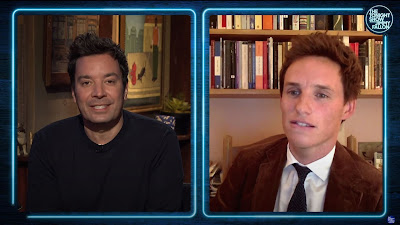 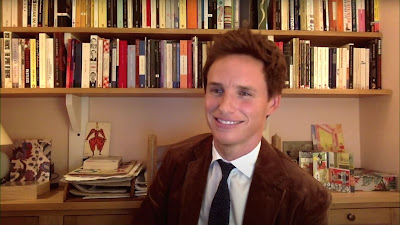 Eddie’s Home Became an Animal Sanctuary During Quarantine
Eddie Redmayne talks about becoming overwhelmed with pride after
building a chicken hutch for his wife before kicking off production
on Fantastic Beasts and Where to Find Them 3.
"I mean, we are basically a parody of lockdown."
Eddie tells Jimmy about his quarantine chickens: Belinda, Sally,
Hennypenny, Blanket, Flower, & Henry! Iris also named their two
adopted cats, they called Catty Redmayne and Scary Catty Redmayne.
Eddie teased Jimmy and us about a Fantastic Beasts 3 scene
"...there is a moment, which I've been sort of working on and hoping will remain in
the film, in which I have been trying to find some sort of dinky little thing that I can
teach you to add. So I mean I can't -- I couldn't do it now but I'm hoping, that come
November, we'll have another, we can add one more move..."

In the second half, Eddie Gushes About Working with Aaron Sorkin
He lays out the story behind his film The Trial of the Chicago 7 and shares
a moment that happened on set with Aaron Sorkin that made it to the film.
"The amazing thing about doing Sorkin is, he's just so much brighter than you are,
and his characters are so much brighter than you are, that you get momentarily
to have this sort of speed of thought and feel slightly more intelligent..." 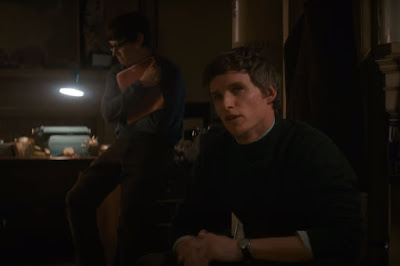 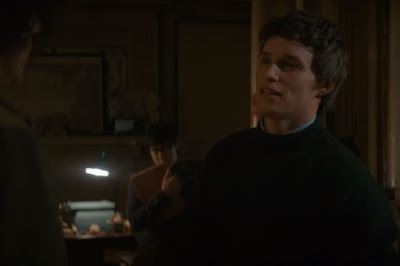 Clip from the movie
I quoted already this part from the script, now we could see the scene.
I can't wait to see the movie on Friday.
Posted by Jutka at 11:47 PM

Email ThisBlogThis!Share to TwitterShare to FacebookShare to Pinterest
Labels: Fantastic Beasts 3, promo, Trial of the Chicago 7