Thousands of young girls flocked to London hoping to star in a Harry Potter spin-off film.
JK Rowling tweeted her excitement as the open auditions for Fantastic Beasts And Where To Find Them kicked off
at the ExCel centre in London yesterday. (x) 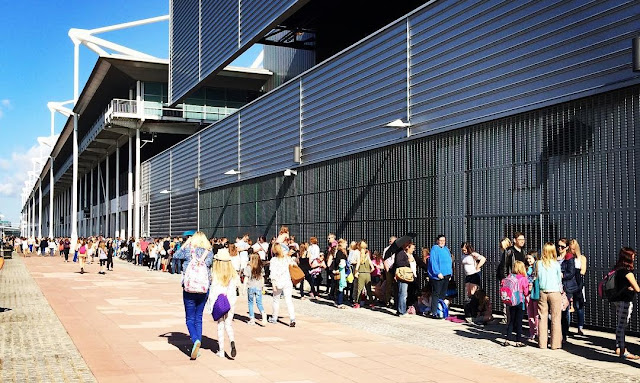 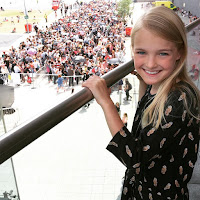 linds1204:
- We made it to #londonexcel for the #warnerbrothers open audition! Hope is going up for the part of Modesty in#fantasticbeastsandwheretofindthem. Now just a matter of queuing for hours and we've started on the packed lunch already! (x)
- The queue behind us.(photo above)
- Five hours of queuing later and the audition is done, with a certificate to take home. Thank you @wbpictures@heydayfilms and @jk_rowling for giving@missswampy a chance and an experience she will never forget. (photo to the left) 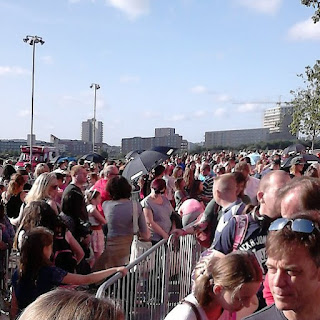 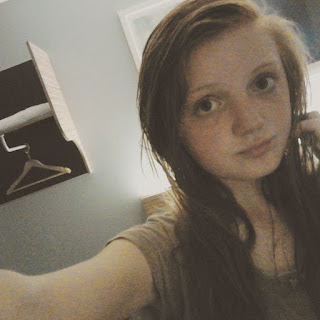 hanxahjudd posted yesterday (she auditioned for the part of Modesty): The crowds were INSANE
at the Fantastic Beasts and Where to Find Them movie auditions today :') (x) (x) 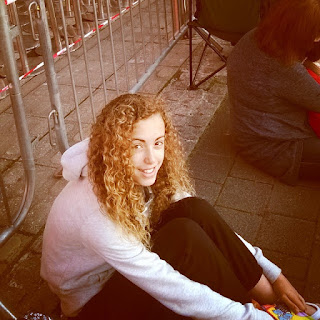 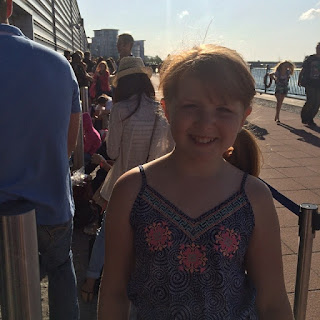 helendouglasbooks: Fun times today at the#fantasticbeasts casting call. In front of us,
someone from Dubai; behind, someone from Texas! (x) - (x) 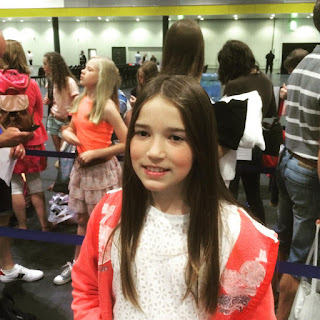 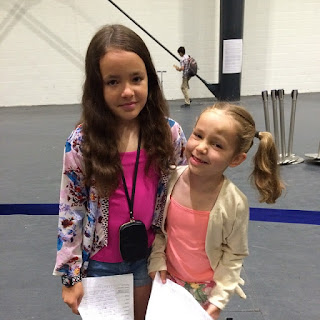 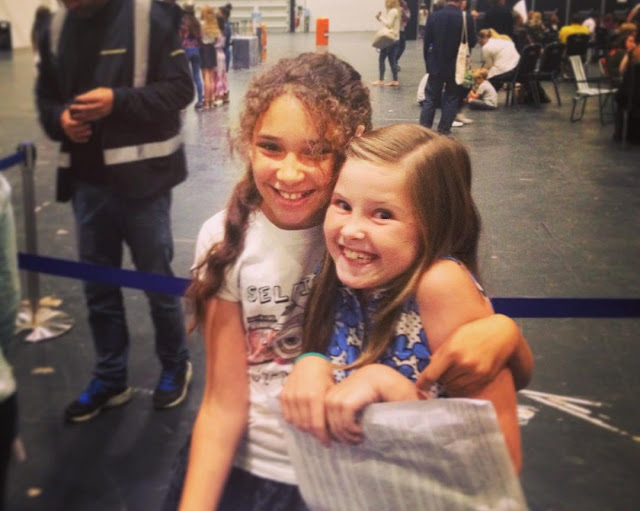 hazelwoods06 (x):Front of the queue after 9hrs of waiting, time to audition! 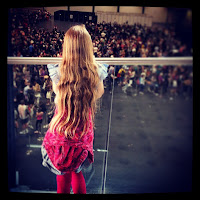 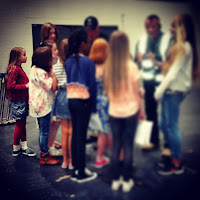 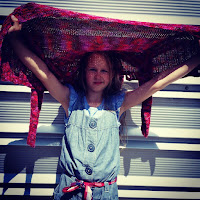 bettimoretti123 (x)(x)(x) did her thing too - A brilliant & exhausting 17 hour day with Coco in London today
auditioning for J K Rowling's Fantastic Beasts And Where To Find Them (along with 24,999 or so others)...
we may not make the studio tomorrow though as I'm not sure my body will forgive me for some time! (x)

Kaitlyn of Manchester seeking the chance to become the next Emma Watson, who starred as Hermione Granger in the Harry Potter series said: "We got our picture taken ... got into a circle and we jumped in the middle doing an action and a sound." (x)
An interview with Chloe Hackett, a young actress who attending the casting call yesterday.

This post is about Eddie's project so we need pics about him as well.
Here are the most recent fanpics with him. 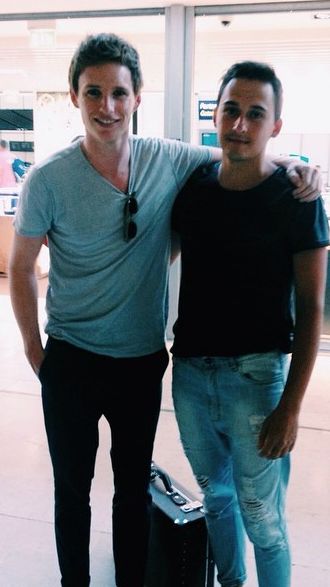 Eddie with a fan posted on Tuesday (x) 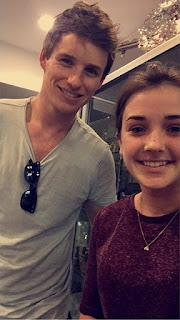 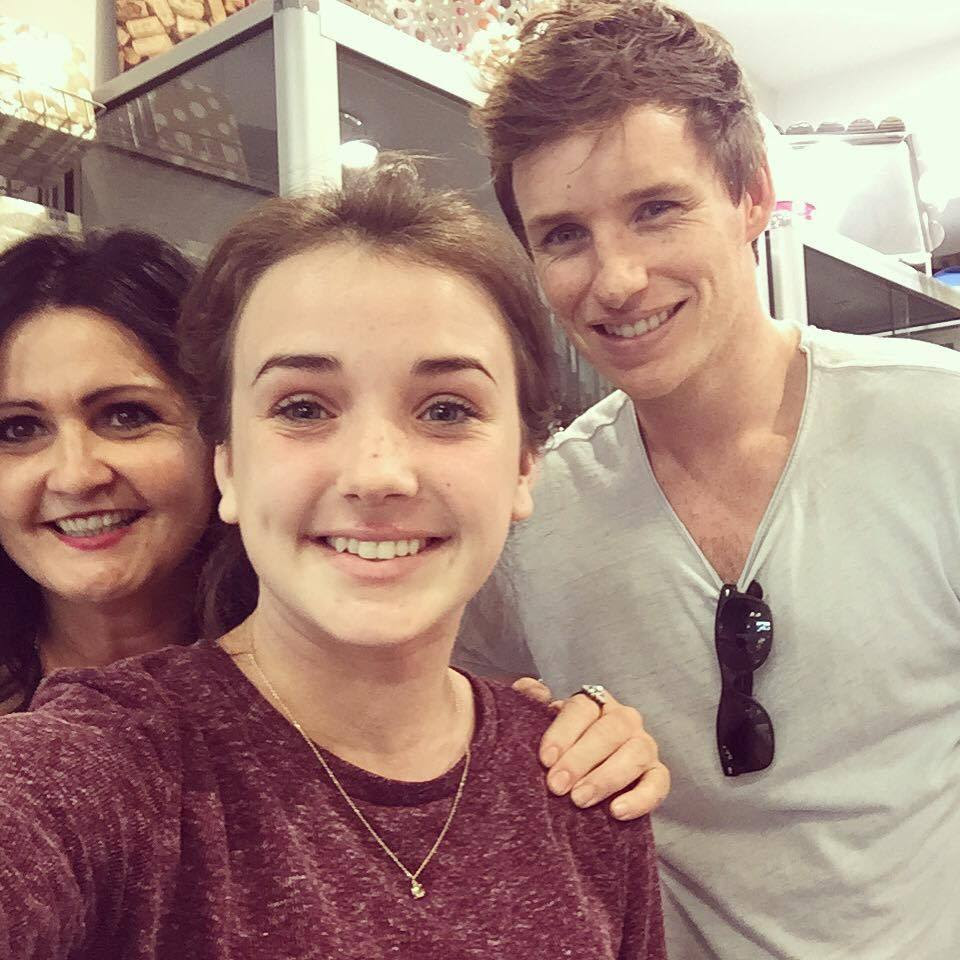 The preparations for the filming continue
Filming is expected to start late this summer, in Leavesden once again, where the original films were shot and the studio tour still runs today.(x)
Mark Wilson, who describes himself as an amateur photographer, posted this set of images from Hertfordshire, England, near Leavesden Studios of Warner Bros...

Two or three huge sets going up at Leavesden Studios, could this be the forthcoming Fantastic Beasts...set #JKRowling pic.twitter.com/l7ePUwQIuC
— Mark Wilson (@Sparks68) June 16, 2015

The confirmation about the photos came from Kitty Thornton, who is a fan of the franchise, in this tweet.
Thornton said she was at the location and that an employee of the studio also confirmed that J.K. Rowling inspected the set recently...The set that she is said to have inspected includes a large gateway in one picture and a green screen in another... (x)

@FBAWTFTmovie It is, I was there last week and an employee not only confirmed this but said @jk_rowling had been inspecting it recently.
— Kitty Thornton (@ThorntonKitty) July 15, 2015 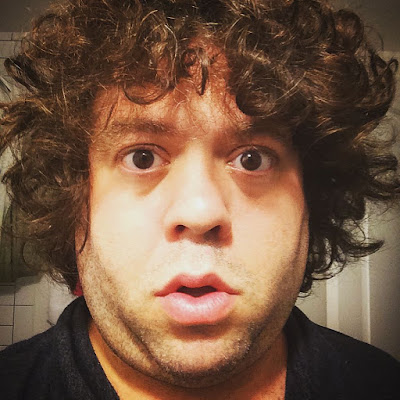 
Update 26 July: Post on snitchseeker.com about Dan Fogler's new project related tweets
Should be clarified that when Dan Fogler answered it will take place both in NYC & London,
he was asked about the filming of 'Fantastic Beasts', not the story.

@bravefawkes both are lovely to a point of brilliance.
— Dan Fogler (@mrdanfogler) July 20, 2015

RadioTimes: Everything JK Rowling's Twitter account has taught us about Fantastic Beasts
(published on 10 June 2015 by Emma Daly)
More:

@jk_rowling @maruaders did you decide the composition of the wands of the protagonists of Fantastic Beasts?
— Art (@_rambleon) July 16, 2015