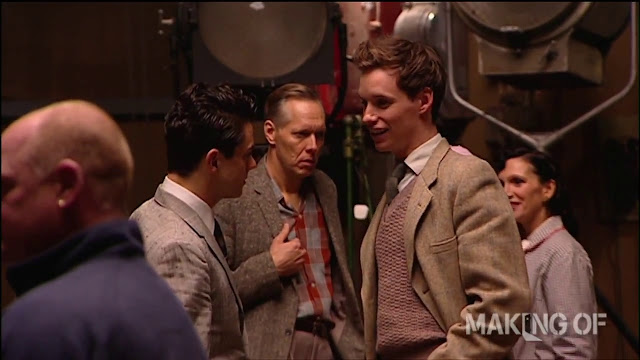 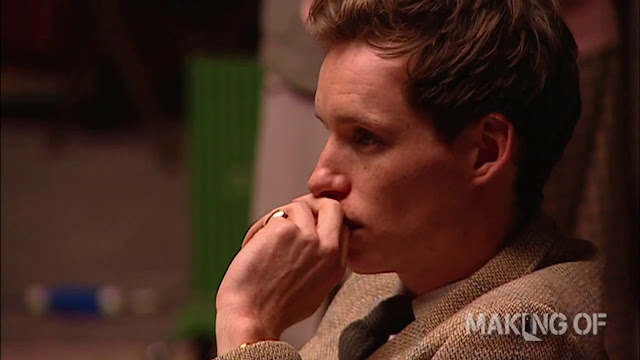 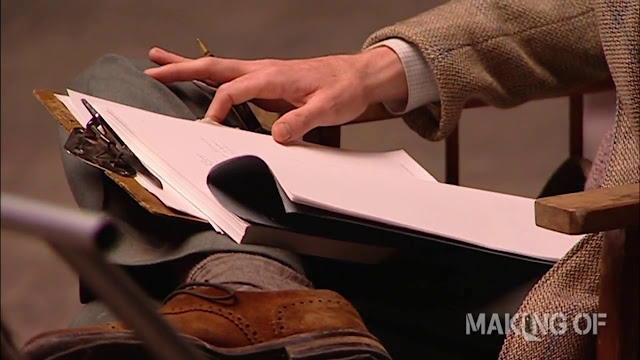 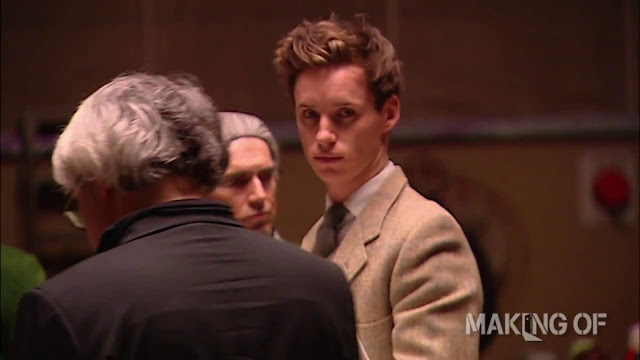 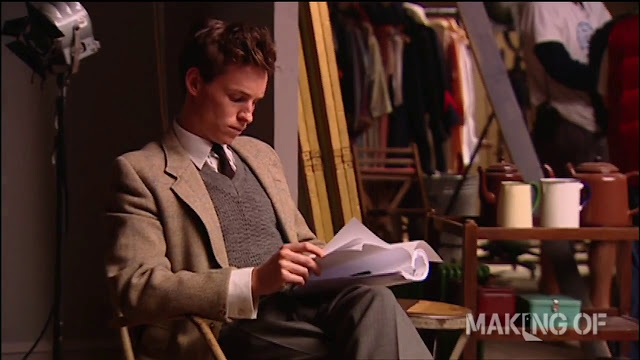 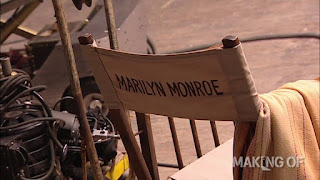 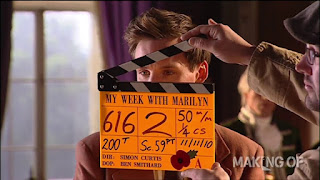 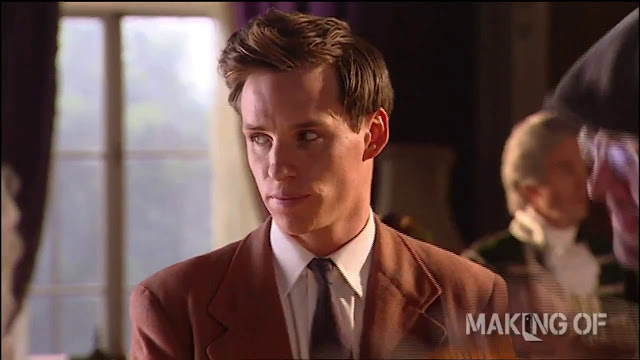 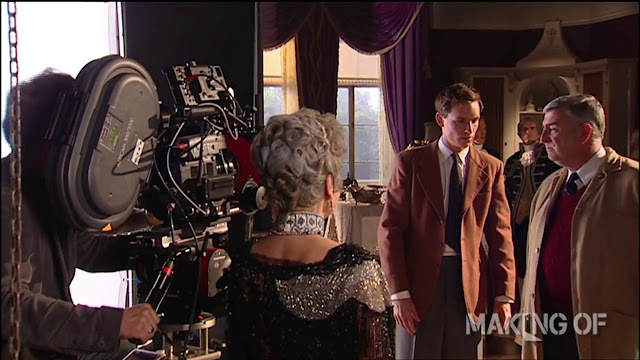 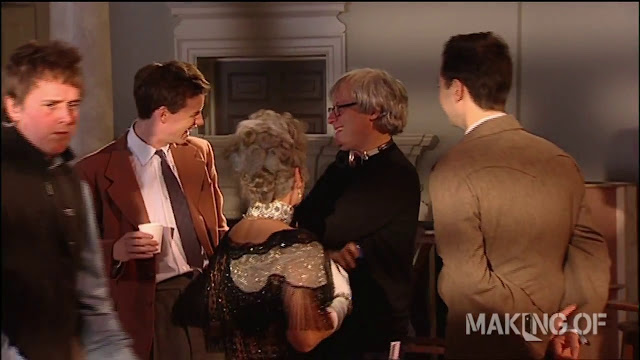 My captures and gifs from the video: On-Set Footage 'My Week with Marilyn'

Filming of the dancing scene with Emma Watson
Is he an awful dancer? Really?

Eddie redmayne quotes from the article:
.
“I’d be sat there every night and another Knight of the Realm would just wander in,”

“There’s something quintessentially British about it,”

“I’m not aggressively ambition. The criteria for accepting work is just whether or not it appeals to me. Whatever medium that is. Whether it’s on stage or television or film is of no consequence really.
And I don’t sit there think ‘Oh God, I wish I had that career’. I remember working with Alfred Molina, when we did ‘Red’ and I remember him saying ‘A career is something you look back on, rather than project’. I feel you take it step by step, pace by pace,”

“With theatre you have to reach the pinnacles of your energies by 7.30 in the evening. The great thing about stage is that if you screw it up one night you can go and sort it out the next. On film you’re working from seven in the morning to 11 at night, and probably six days a week.
You have to hit those emotional moments repetitively while you’re on a scene, and when you go home at night, that’s it done, and you’re never going to have another go at it. So if you haven’t nailed it… then you go and have a sleepless night thinking about how much better you could have done it,”

“Also film takes you to different parts of the world. I was shooting in North Carolina this year and in Hungary, and so it’s much more of a circus like existence. Often all of you are living on location together and there’s a familial quality to it.”

“I’ve lived [in Borough] for about four years. I have various favourite things… The market obviously, all of that Southbank area, right from where the National [Theatre] is, all the way down to Shad Thames. The last ten to 15 years, it has become European in the most wonderfully, uniquely British way. There’s the celebration of the river… and I love the Design Museum in Shad Thames.
I studied my first ever play there. It wasn’t at the Globe Theatre, but it was with the Globe Theatre company. We rehearsed there. That place has always got special value. And you can always nip across the river to St Pauls for evensong. You try and abuse those things, that London has and gives willingly but doesn’t advertise.”

“Do you know a place called El Vergel? It’s a great south American restaurant in Borough that I run straight to when I’m home. I gave away my pub in an interview last time, I think might keep it to myself!”

“[People recognise me] sporadically, more in the States than they do here. But it tends to be more ‘Do I know…?’ rather than ‘You’re the guy from…’ It’s where you’ve sort of battered your way into someone’s subconscious but they think you’re a friend from back at primary school.” 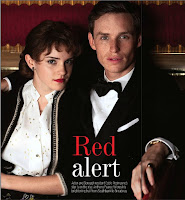