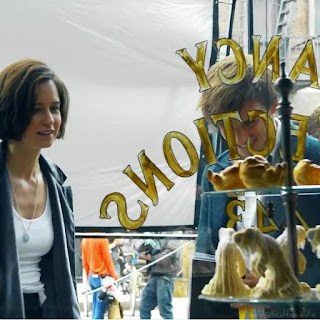 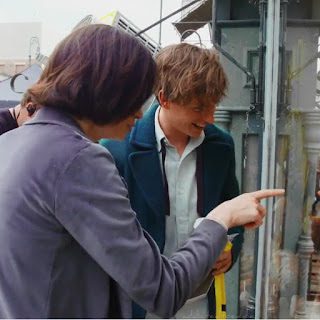 Eddie and Katherine admire the details of the set, the pastries in the bakery'swindow
"It's incredible, with all these amazing perion details..." (Katherine Waterston)
You find videos about the creation of the twenties New York on the
DVD/Blu-ray, including 360° videos - Release date 28 March 2017

"It's pretty mindblowing to me...a moment earlier with Dan. I was standing on the top of the stairs of
the bank, and just looking down, and the scale of extras, the scale of the set, the detail of the set, it felt
like - with all the kind of manholes fuming, it felt like as it were old age Hollywood, here in Watford."

The vast, realistic sets on the Warner Bros. Leavesden backlot will make you feel like you
traveled back to 1920s New York City in this #FantasticBeasts 360 video. 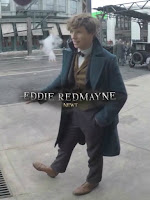 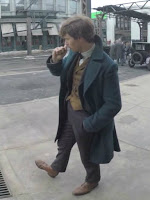 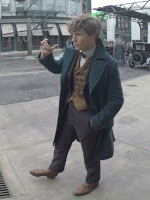 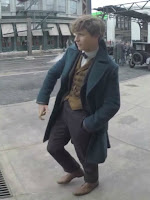 He looks very short in these screenshots, because the panoramic camera distorts
the image, but at least we can see what would he look like as Bilbo Baggins 😂.
I made some correction (strech), here are my modified pics. 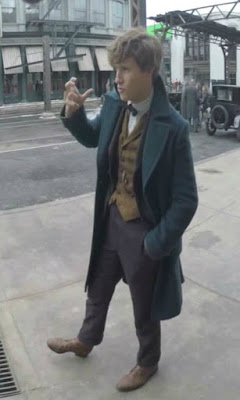 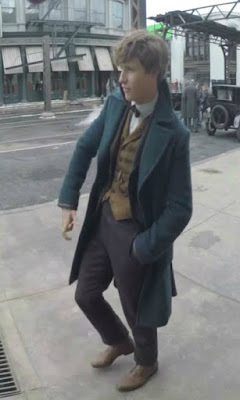 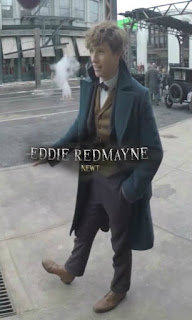 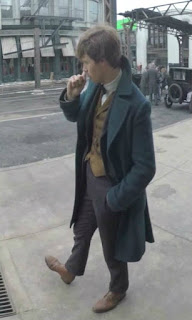 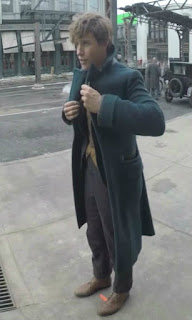