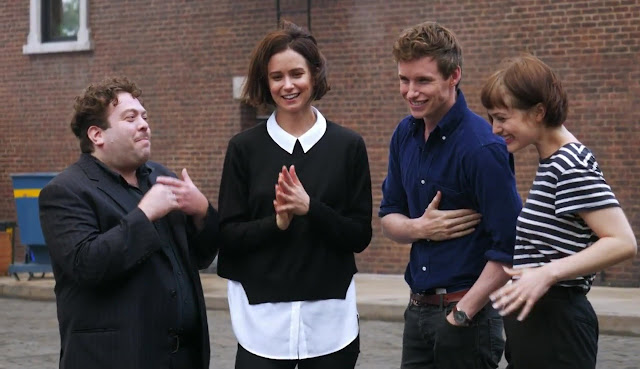 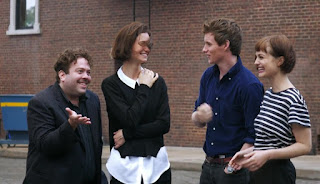 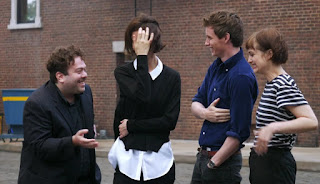 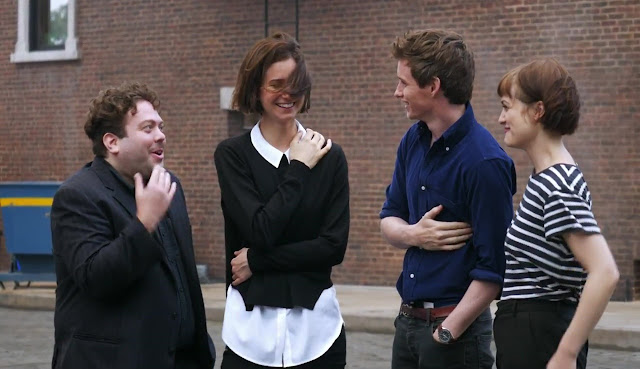 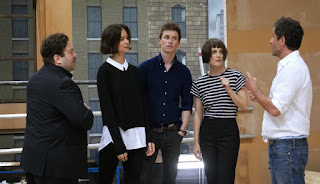 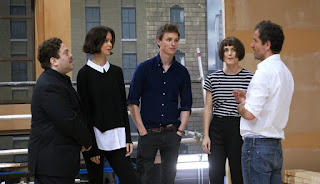 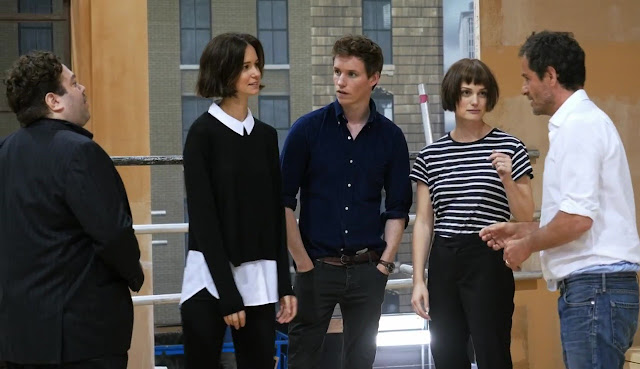 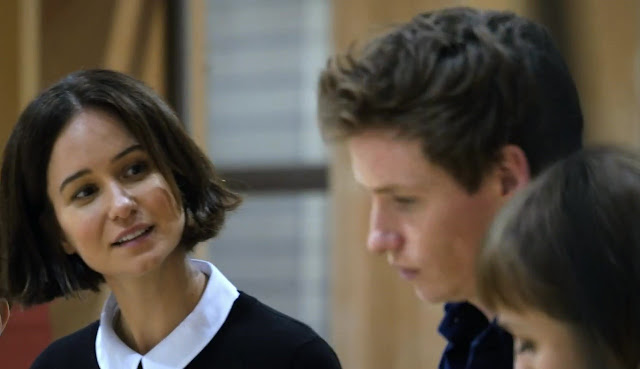 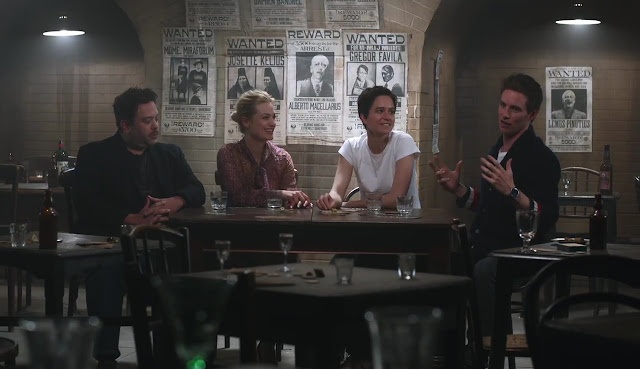 "I'll never forget that first read through, and it was just the four of us and the director, and David
the producer. And I think we were all kind of nervous, we had only just sort of been cast, and we
read through the film, that felt like a  real moment like a start of something. We were just all
kind of excited going...wow." - Eddie Redmayne 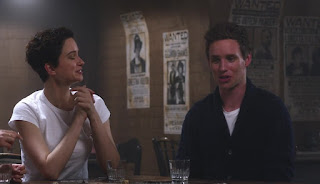 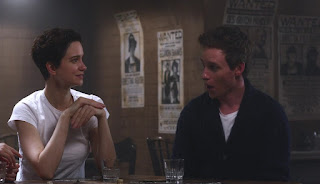 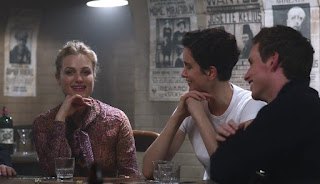 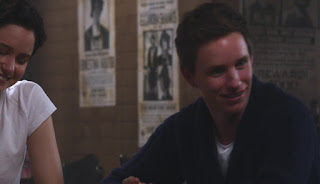 "Also that day started out with Eddie sitting down and going 'I'm so nervous', and I was like
'You've won an Oscar! You're nervous? What about the rest of us? Come on!'" - Alison Sudol
(Look at Eddie's embarrassed, red face!) 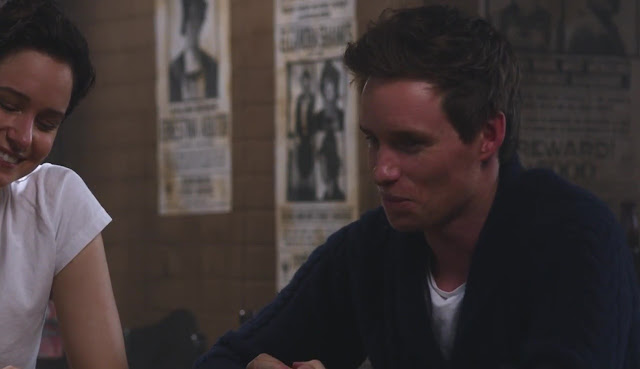 Screenshots and quotes are from the 'Before Harry Potter - A New Era of Magic Begins'
video on the upcoming Blu-ray, DVD - release date 28th March 2017
You can preorder on Amazon here

I don't know exactly when this happened, I think it was in mid-June 2015. 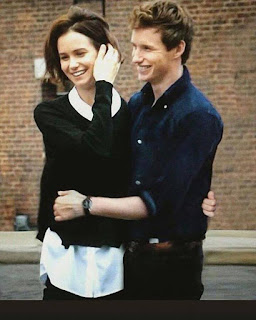 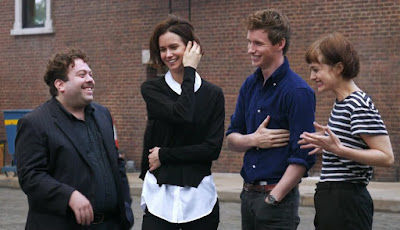 Update: Probably you saw the edited pic on the left (via) Voilá! Here's the original on the right!
A screenshot from the DVD extra video 'Before Harry Potter - A New Era of Magic Begins'