Congrats to Eddie's friend Andrew Garfield on his Tony Award

"We all belong, so let’s just bake a cake for everyone who wants a cake to be baked!” 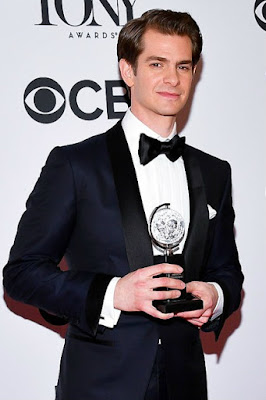 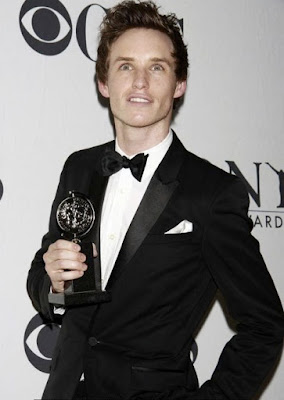 Andrew Garfield, one of Eddie's best friends Won the Best Actor for his performance
in 'Angels in America' at the Tony Awards yesterday. Now they're both Tony winners.
Eddie won for 'Red' in 2010 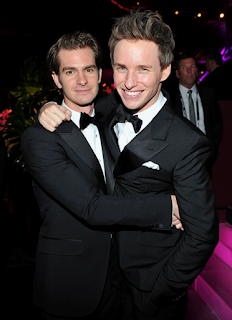 AG: There’s a way to create community in theater that you can’t so much in film because, maybe, there’s just too much money involved.
ER: One of the great New York experiences is where you have a dress rehearsal before your first preview. It’s in the middle of the day so all the other actors and people from other shows can come. I remember Alfred Molina saying, “Ed, don’t expect this audience to be like any other. They will be the most generous audience you’ve ever heard.” .We’re so lucky to have the experience of performing on Broadway, or the experience of living in LA. When we started, I would turn up in my really shoddy rental car and park it as far from Paramount as possible, and walk in and pretend as if I knew what I was talking about—you pretend to be living one life when you actually can’t afford to pay your rent. It’s something that has really made our group of friends; it’s so amazing to be able to share that with people.
AG: It’s unlike anything we were raised in, right?
ER: It’s also beyond anything we could have dreamed.
(Gotham Magazine)