The redhead of the moment has come to take a cup of coffee with our Patricia Zavala.
Don't miss our new interview with Eddie Redmayne! /My translation of the description/ 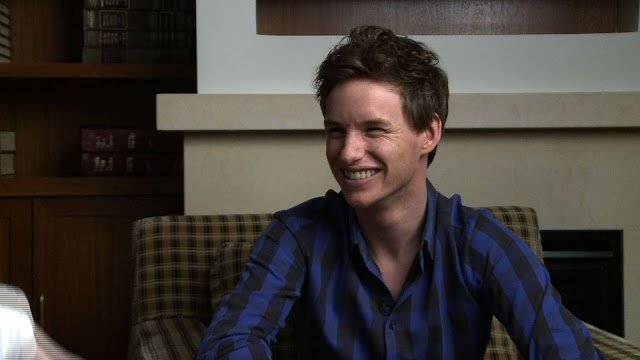 (x)
What we didn't know about Eddie Redmayne... He went to high school with Prince William. He's colorblind.
He shared a flat with Andrew Garfield and Jamie Dornan-during his early days as an actor in New York. (x) 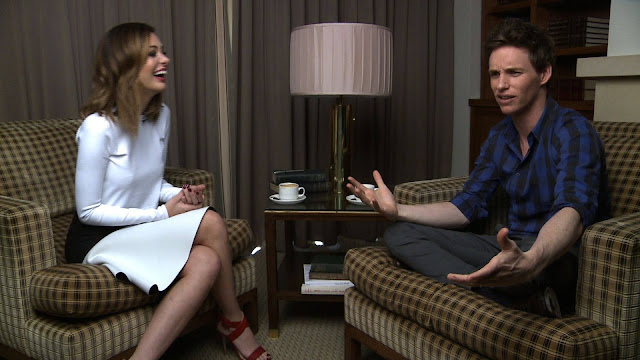 (My quick translation using Google translator - sorry for any mistakes, my English is not perfect)
Eddie Redmayne takes the screen of Coffee Break
The protagonist of "The Theory of Everything", the British Eddie Redmayne was available to a warm chat with
Patricia Zavala on his recent role, and the impact it has generated in this awards season.
Coffee Break moved to Los Angeles to meet Eddie Redmayne and talk about his successful present, details, anecdotes of filming, the wait of the Academy Awards and his next steps for 2015.
A Golden Globe, SAG Awards and the strong possibility of getting his first Oscar for best performance, are some features of the present of Eddie, who confessed he was overwhelmed by the circumstances and moved by both recognition.
Responsible for portreying the brilliant Stephen Hawking also told our new Coffee Break that he barely read the script
of 'The Theory of Everything' he felt it would be something very special. He said he had never read anything like that,
it's a passionate and complicated story of an extremely powerful love, but you never know how it can be.
The actor received a hard physical training during filming and learned about the disease: ALS (amyotrophic lateral sclerosis). It's a human story, not about the disease, but it seemed important to accurately reflect the reality of living with ALS.
The actor also struck up a great friendship with Stephen Hawking and his family and Patricia wanted to delve a little deeper into this relationship and Redmayne moved once again with his answer: "When I met Stephen I found a great sense of humor and optimism. That smile! When Stephen smiles the world is a better place. And I want to confess
that worked hard to replicate that smile with that warmth ".
He declared he's privileged just because of being nominated and have been awarded a Golden Globe, SAG and confesses that the arrival to the Red Carpet bothers yet amuses:
"They scream you smile, you have a thousand cameras aiming at you, it's really bizarre. Who could be the same
under these circumstances? But it is very fun." (x)
If you want to know what happened in this funny and touching interview, be sure
to tune in this Friday February 20 at 11:00 pm E! Entertainment Television. (x) 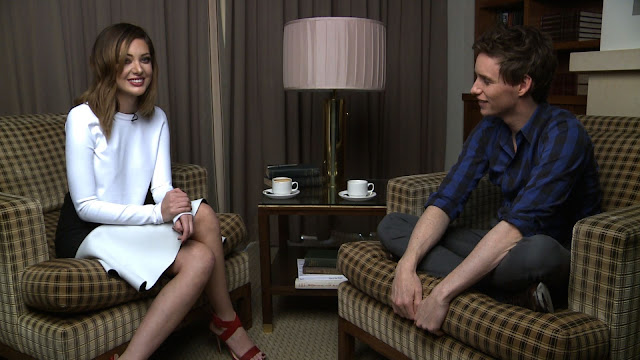