I still couldn't see this episode, but thanks to heatworld at least we have some pictures and a clip from it.
EDDIE REDMAYNE’S FIRST EVER TV ROLE: At 16, the babyfaced ginger was billed as “Edward” Redmayne in the “Bunnies in the Bathroom” episode of Animal Ark. Not too young for his first screen kiss. (via bespokeredmayne) A 16-year-old and very floppy-haired Eddie played John, who returns home from his posh school
for the holidays to find his dad (who owns the local pub) has become engaged to Sara the barmaid
without telling him, three years after his mum’s death. 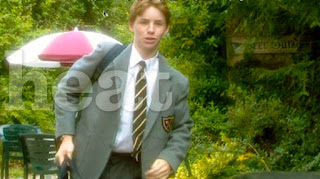 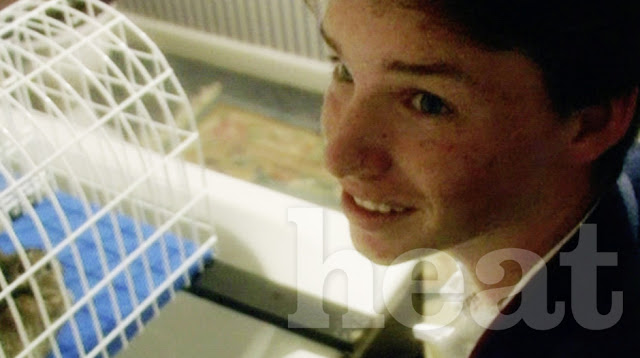 Chuffed with his rabbits 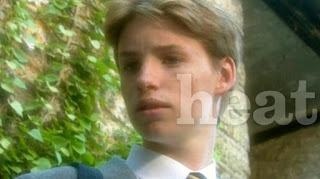 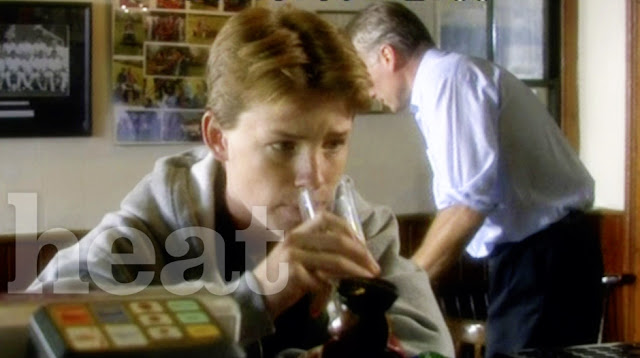 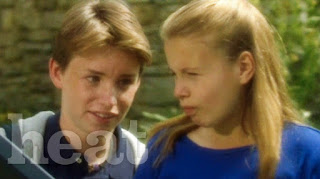 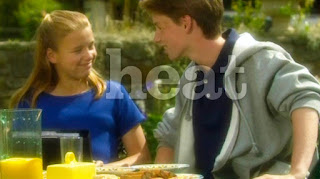 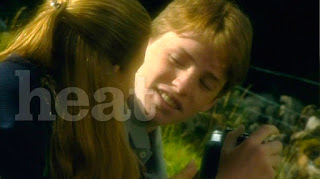 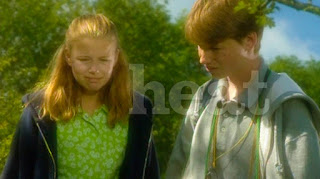 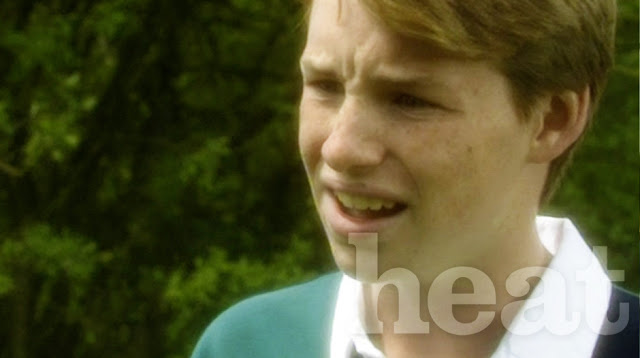 You can read the full story in this week's heat magazine - OUT NOW!
source - more pictures from the episode here - video

The show sees 16-year-old Eddie play John, who returns home for the summer to find out his Dad is engaged to another woman, just three years after his mum's died. SHOCK! However, he instead spends his time with Mandy Hope, who persuades him to concentrate on his school project, on bunnies, instead. He gets to be a stroppy teen, fights back against some men that are rabitting and even gets his first on-screen kiss! Swit-swoo.
John is crazy about rabbits! He's got his heart set on Button and Barney, two baby rabbits in the local pet shop. But when he goes to buy them, they've already been sold! Mandy and James decide to track down the new owner and try to get the bunnies back...(x)

In the IMDb-Leaky Cauldron interview in response to a question about his first TV appearance he reveals
how he was responsible for his own ginger look:
“Well, Animal Ark, was when I was fourteen years old, and it was an ITV children’s program and I did an episode called, “Bunnies in the Bathroom.” And I’m not sure if it was my finest hour. My memory of it was that I was on holiday from school and I was going through a period of trying to sort of momentarily rebel, but I didn’t want to dye my hair in peroxide ’cause I wasn’t quite that rebellious so, I put that Sun-In stuff in that– And so, I just went more– and it was during this week of filming this thing and my hair just went more and more ginger. So, progressively each day the character went…”

Email ThisBlogThis!Share to TwitterShare to FacebookShare to Pinterest
Labels: TV