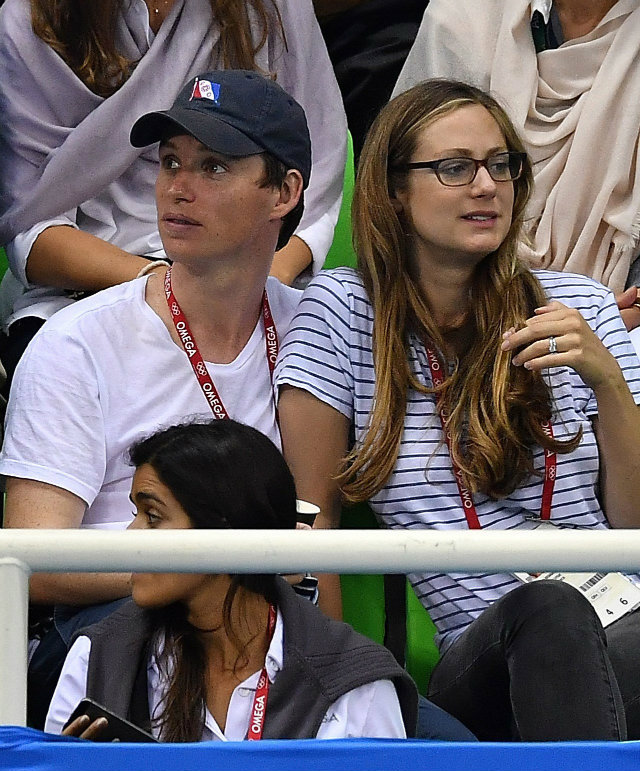 EDDIE REDMAYNE has revealed that he is revelling in his new, and most important, role to date - being a father to his newborn daughter Iris Mary. "Well, it's only seven weeks in, but it's amazing. It's wonderful," he said. "All of the stuff you've heard for years, it's all true but utterly extraordinary." "The notion of coming to Brazil and Rio was extraordinary," he told Hello! magazine. "And the idea of bringing Iris on her first trip abroad to the Olympics in Brazil was too much of an extraordinary opportunity to turn down." Redmayne also revealed that he has been making the most of his trip by taking midnight trips up to landmarks such as the iconic Christ The Redeemer statue that towers over the Brazilian city, as well as indulging in some beach action. "All you need to do in Rio is just sit on Copacabana and let it all wash over you," he said. "In my case, apply a lot of sun cream! But generally, just try and take in the atmosphere by osmosis." (via) 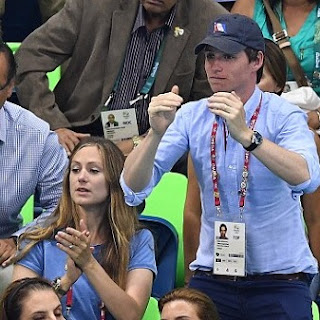 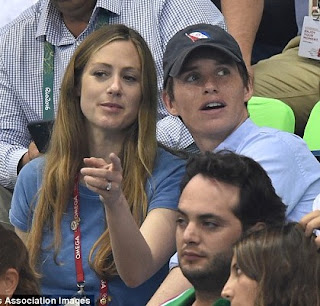 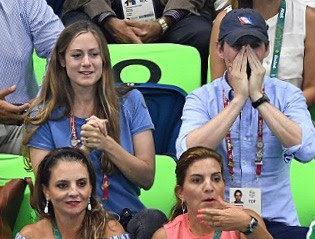 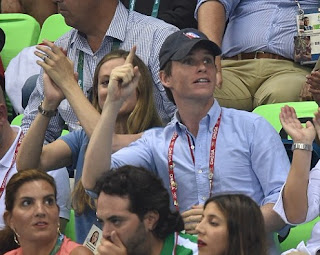 USA Today: Eddie Redmayne is the most magical Olympic swimming cheerleader
If you want to see A-listers like Fantastic Beasts star Eddie Redmayne, the Olympics are where to find them.
Redmayne was spotted with wife Hannah Bagshawe at the Aquatic Stadium Tuesday, where they cheered on British swimmer Siobhan-Marie O'Connor, who claimed the silver medal in the women's 200-meter individual medley.... 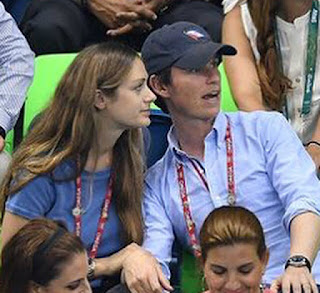 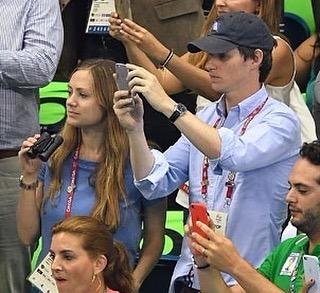 Eddie and Hannah coordinated in blue with Olympic collectable pins on their lanyards. (x) (x)
Preserving memories at the #RioOlympics2016 for posterity. (x) 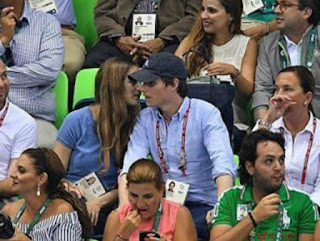 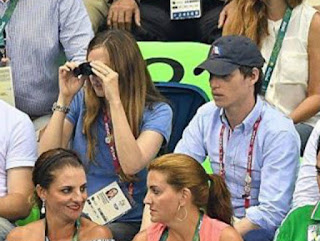 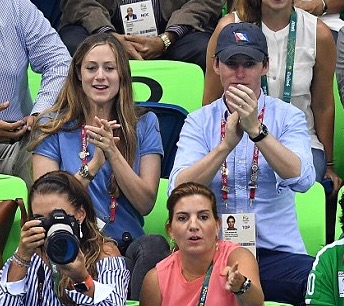 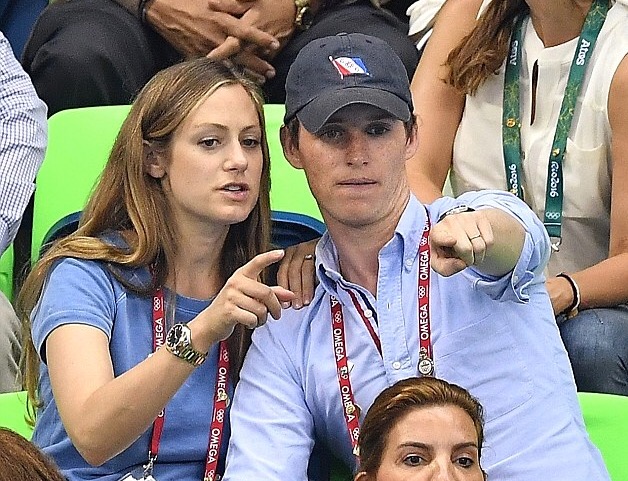 Eddie and Hannah get caught up in Olympic swimming Tuesday in Rio, watching
the 200m women’s individual medley. (via)


Hungarian swimmer Katinka Hosszu won!!! Even as they chase history, Katie Ledecky and Michael Phelps could be overshadowed by Katinka Hosszu, who won the 200-meter individual medley on Tuesday, adding to her wins in the 100-meter backstroke and 400-meter individual medley. Hosszu, of Hungary, joined the likes of Shane Gould, Janet Evans, Kornelia Ender and Inge de Bruijn as triple gold medalists in individual events in a single Games. (x) 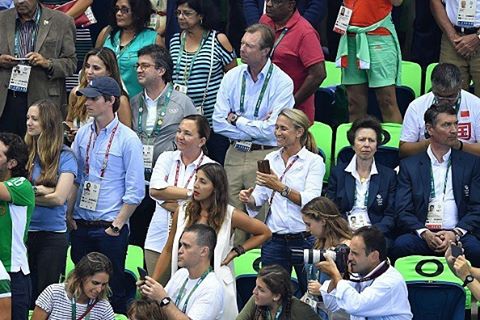 ...Eddie Redmayne is certainly making the most of his time at the biggest sporting event in the world. The Theory of Everything star has been soaking up the atmosphere at the swimming competitions this week. Eddie could hardly contain his excitement as he watched the Women's 200m Individual Medley on Tuesday. The star jumped to his feet and whooped and cheered as the swimmers competed for a medal....(x) 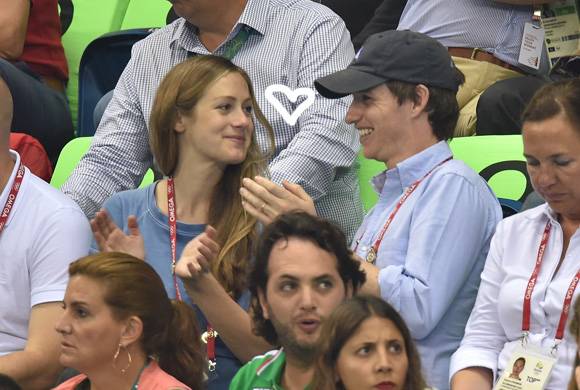 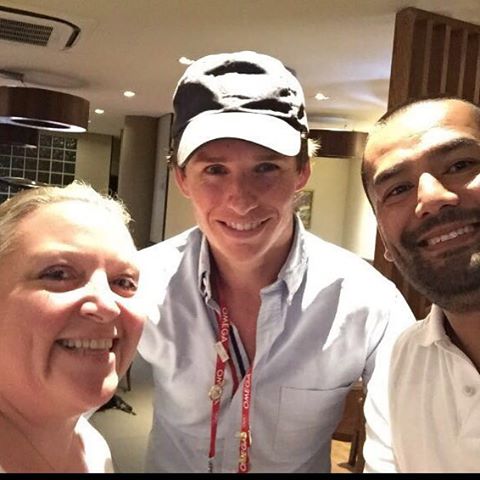 ladhi: #100HappyDays #Day54 Escaped the office for a quick coffee and look who we bumped into.
Stopped for pics even in a rush!! #EddieRedmayne #Gentleman @starbucks #Copacabana #Rio2016
(via) 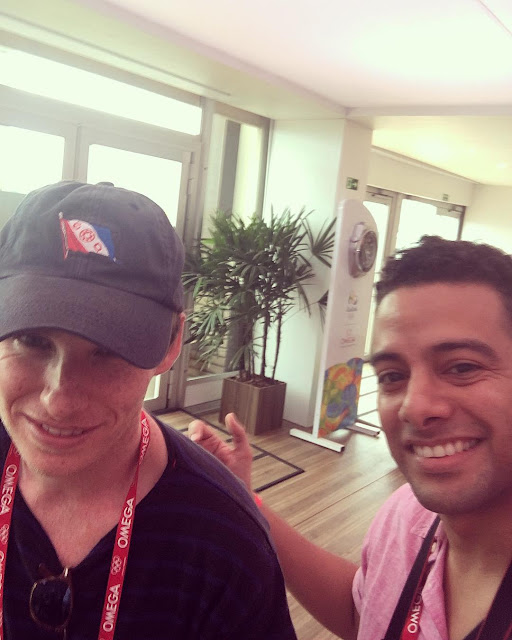 enriquekirchman: Look who I came across with at the Olympic Games.
Another Academy Award winner: the amazing Eddie Redmayne.
He was kind of in a rush, but he stop for a quick #elfie. My Hero