'Fantastic Beasts' darker sequel confirmed for November 16, 2018,
No word yet on when production will start, though it is rumored to be sometime in summer 2017.
'The second “Fantastic Beasts” movie moves deeper into an increasingly dark time for the wizarding world,
where Newt and our other heroes have to decide on their allegiances.'
- Warner Bros. said in a statement Wednesday (x) (x) 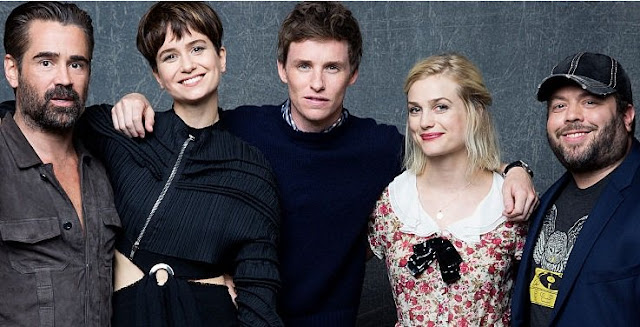 
Director David Yates, who helmed the final four Harry Potter films as well as Fantastic Beasts, will return to the director's chair for the follow-up, which brings back producers David Heyman, Rowling, Steve Kloves and Lionel Wigram. Neil Blair, Rick Senat and Danny Cohen will serve as executive producers. Though Warner Bros. made no mention of Fantastic Beasts stars like Eddie Redmayne, Ezra Miller and Katherine Waterston, all are expected to return for the second outing. The announcement was made by Warner Bros.' president of creative development and worldwide production Greg Silverman and president of worldwide marketing and distribution Sue Kroll. (x) 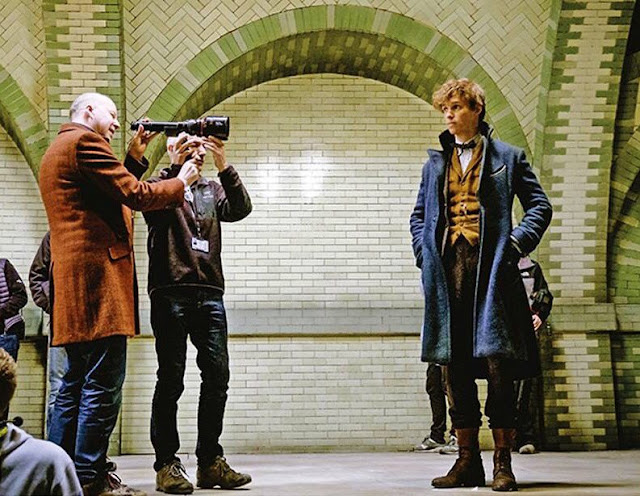 
The wand, we’re told, chooses the wizard. But when starring in Fantastic Beasts and Where to Find Them, actors got to help design their characters’ wands themselves. Oscar-winning actor Eddie Redmayne, who plays magizoologist Newt Scamander, put a lot of thought into his. - Read more

Where’s an invisibility cloak when you need one? Newt Scamander (Eddie Redmayne) and
Tina Goldstein (Katherine Waterson) take cover while sneaking around the MACUSA
building (that’s the Magical Congress of the United States of America, of course (x)

“It’s this fish out of water story of an Englishmen in New York,” says director David Yates, “and you get this wonderful juxtaposition between the two cultures, because there are very different rules and politics in the American wizarding world.” (Still, this Magical Congress would be hard-pressed to be any weirder than our actual Congress.)
EW has Fantastic Beasts scoop every day for 10 days leading up to the reveal of our Fall Movie Preview. Follow along on Twitter and Instagram with the #FantasticBeastsAreComing hashtag. (x)

New stills and article about Fantastic Beasts and Where to Find Them. Empire Magazine Sept. 2016 (x)


Lastly photos of Eddie and Colin Farrell with a fan from Comic Con: 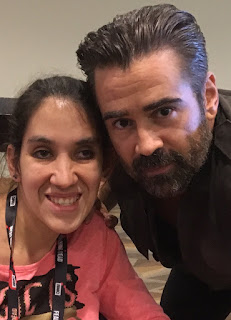 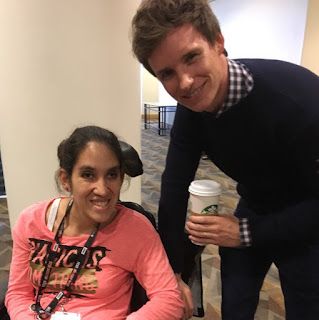 Ok I have never choked up meeting an actor in my life but this one got me. (x)