Fan selfies from old events and nice allegations from Twitter 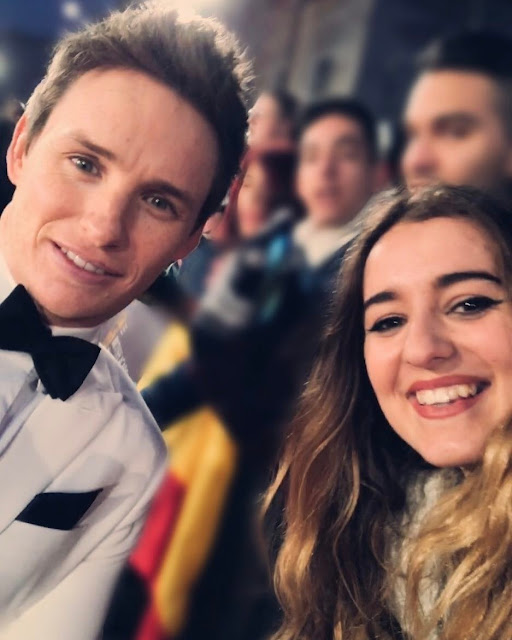 Ana is an editor at 360 Magazine. She posted a lot of selfies with stars
on her Instagram accounts. Here are two of them with Eddie Redmayne
from  BAFTAs 2017 in February this year (above), and the
Fantastic Beasts London premiere in November 2016 (below). 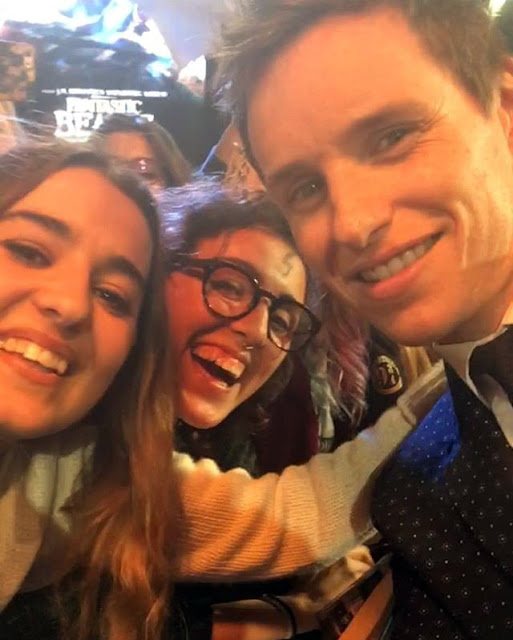 Many people replied with a short story for the tweet below, there are some about Eddie too:

if anyone has any nice allegations against a celebrity that would be great too. does a famous actor give good christmas presents. does lady comedian alwyays smoke people out
— BAKOON (@BAKKOOONN) November 9, 2017

Here are some of the answers:

Eddie Redmayne is a gentleman. Always lovely to his fans. I met him after an event, I spied him in a room on my way to the loo and I asked someone near the door to go and get him. He came out, chatted, took pictures and was just so humble and sweet! https://t.co/T6nH1xW355
— Louise (@Louwritetravel) November 11, 2017

Many years ago before he was famous, Eddie Redmayne did a workshop with my 6th form class at Highbury Grove School and spent time working with a boy who was hearing impaired. He could not have been nicer.
— JennyCameron (@JennyCameron) November 11, 2017

The year I moved to London, 2013, I spotted Eddie Redmayne on an escalator in a tube station. I approached him and told him my sister was a huge fan. Could I take a photo? He said of course, and even cracked a pose for me. He was so lovely 👏 https://t.co/Q6uzveue6L
— Cristina T (@lapotipoti) November 11, 2017

saw eddie redmayne help this old woman whose papers fell on the street and he repeatedly asked her if she wanted more help https://t.co/Hp7XulxFiP
— A PEACH NAVIDAD ❄️ (@noctisserie) November 10, 2017 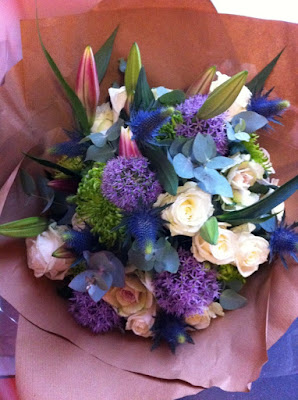 Eddie Redmayne also once gave my friend the BIGGEST bunch of flowers for running his first ever fan site and coming to London from America to see him perform in a play. Precious human.
— Olivia Smith (@oliffia) November 17, 2017

The beautiful bouquet of flowers mentioned
in the tweet is pictured on the right.
Read Kate's story in her blog here.

Email ThisBlogThis!Share to TwitterShare to FacebookShare to Pinterest
Labels: fans