The second movie still doesn't have a title. J.K. Rowling Tweeted, that it will be revealed
soon, until then I just call it Fantastic Beast 2. The original Twitter account of the movie
recently released two pictures teasing the plot of the film. 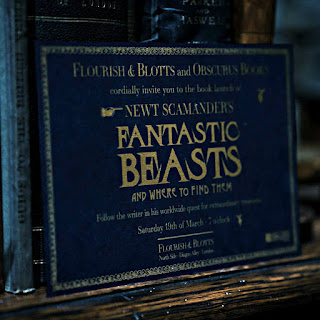 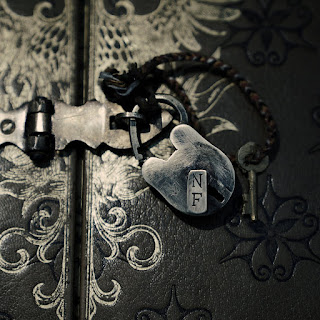 Left: @FantasticBeasts: A newly published author must have a book launch party.
Newt Scamander has been busy. - The image up left shows the book's launch event
date, Saturday, March 19, 1927, in ties with Obscurus Books (the publisher), and
Flourish & Blotts in Diagon Alley - it seems like fans will see Diagon Alley (x)
Right: @FantasticBeasts: The only known maker of the Philosopher's Stone.
What mysteries may be locked away? - New promo picture for Fantastic Beasts 2
Next Fantastic Beasts film reveals new characters – including Nicolas Flamel
We suspect you may recognise a few of the names. (Pottermore article)

"I think the pleasure of these Fantastic Beasts films is that they'll work on their
own terms. You don't need to know Harry Potter to enjoy them, but if you do,
you have another layer, another level to enjoy," David Heyman told Digital Spy.
"I'm very excited as more nuggets drop and audiences respond. Fans will be
incredibly excited. This next film is different to the first, but each film will
march to its own beat and have its own tone. I don't yet know if the series
will get darker, although all of them will be fun and entertaining."(via) 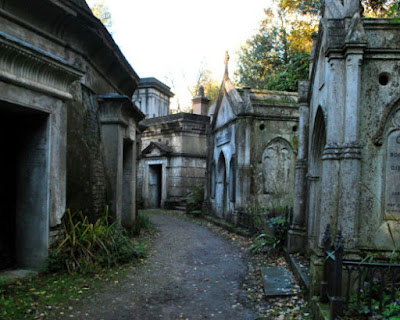 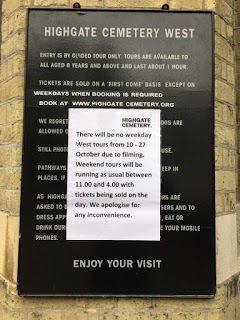 Highgate Cemetery was closed for filming for over a fortnight in October
Ham&High: Filming for ‘secret’ Hollywood blockbuster takes place in Highgate
camdennewjournal.com: ...Film crews descend on historic burial ground
Ms Causer said: “Our clues were Warner Bros and Triton Films, and the addition
of a black column by the Egyptian Avenue and the sign, ‘Le Prevost de Basserode’,
added above one of the vaults in the Circle of Lebanon. “My son thinks it must be
Fantastic Beasts. The new one is set partly in France, so it makes sense.” (via)

Update Nov 12: Another location, that became a film set Saturday 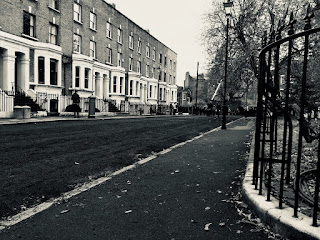 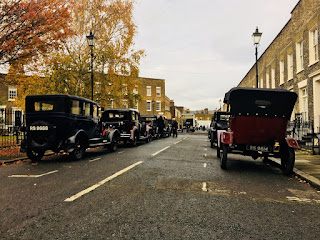 @NMurrayBeale Tweeted: My street is a film set today. Circa 1930 curtains
and spotlights upstairs. Waiting for #Eddie & #Johnny...

Later she added: Just a regular Sat night watching #EddieRedmayne pace
elegantly up & down my street. It’s the green door!!! 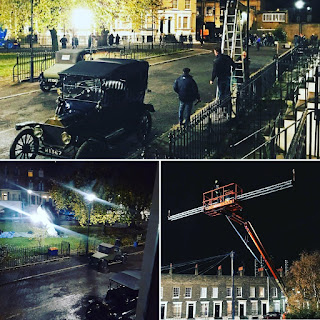 Filming of Fantastic Beasts 2 in my street, outside my house! #LondonLife 🎥🎬🎩 pic.twitter.com/wTbjiRg1Av
— Rachel Marsh (@RachelC247) November 12, 2017


More from the London filming this weekend. 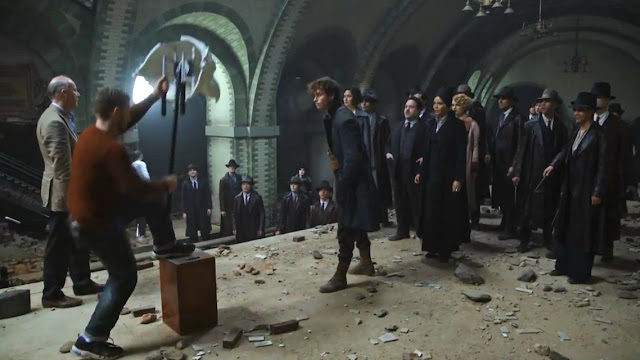 In her Collider interview Carmen Ejogo admitted she doesn't expect her role to be
as prominent in the second movie as it was int he first installment, Fantastic Beasts
and Where to Find Them, and that she will return to the UK next week to continue
shooting more scenes for the still-unnamed feature, out next November. (via) 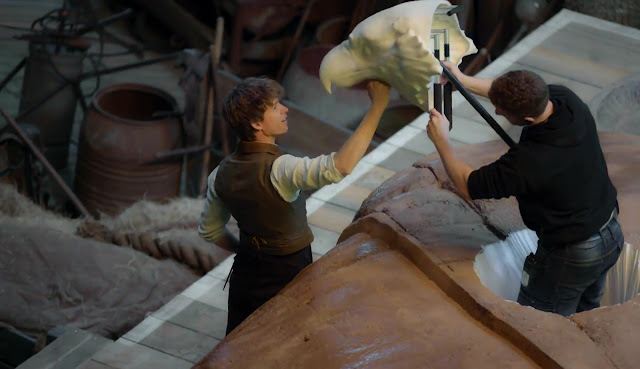 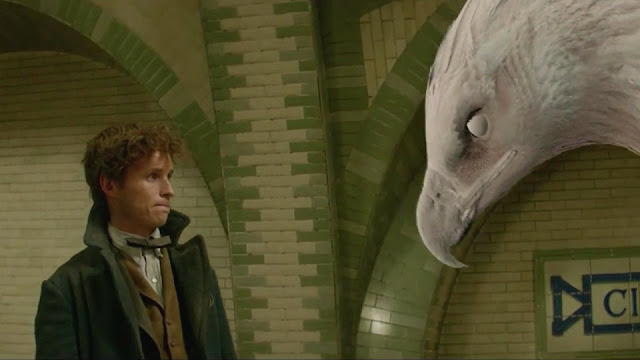 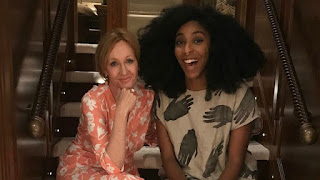 Jessica Williams on how did she get involved in FB2:
"I hung out with J.K. [Rowling], and she had reached out to me
a couple of days after we met. She sent me these emails about
this really amazing character that she had been working on.
That’s pretty much how it all got started. It’s really exciting.
I leave next Friday for London, so I’m really
excited about this. It’s like my wildest dream."
(source ew.com via snitchseeker.com) 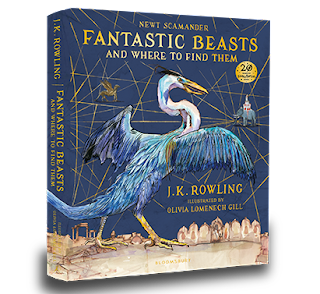 Fantastic Beasts and Where to Find Them Illustrated
Edition sneak peek
This glorious new edition of Newt Scamander's Fantastic
Beasts and Where to Find Them (considered a classic
throughout the wizarding world) features an extraordinary
array of magical creatures, from Acromantula to Yeti via
ten different breeds of dragon – all beautifully illustrated
in full colour by the brilliantly inventive, Greenaway Medal shortlisted Olivia Lomenech Gill.


Pottermore: Meet the Graphorn and Snallygaster from Bloomsbury’s new book, illustrated by Olivia Lomenech Gill.
Pottermore: Interview with the artist behind the Fantastic Beasts and Where to Find Them Illustrated Edition
The Magic of “Fantastic Beasts” Is Coming to PlayStation! 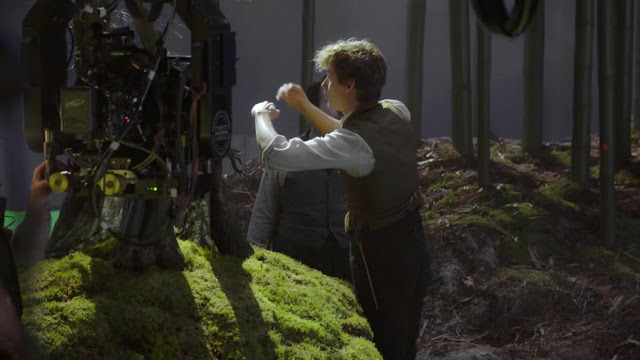 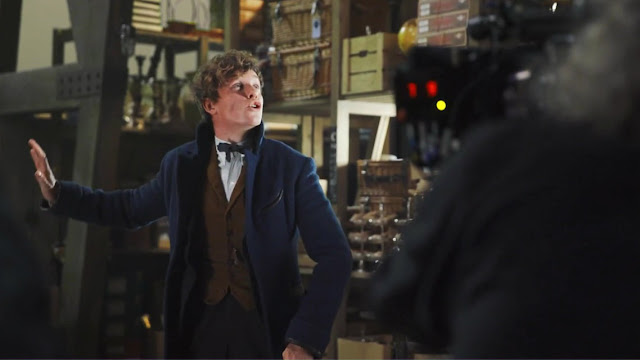