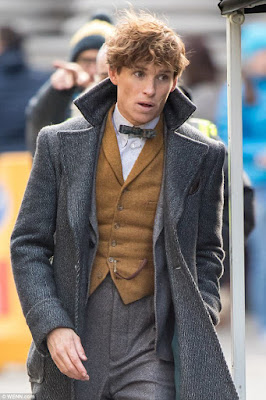 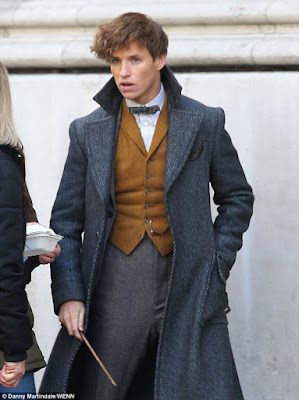 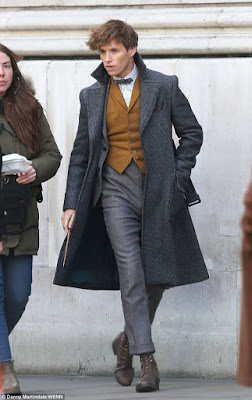 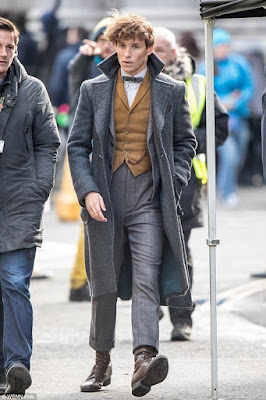 Newt has a new coat, and it's grey (via @shr_burg)

Eddie Redmayne spotted filming Fantastic Beasts 2...
...The London streets had been transformed into the Fantastic Beasts world,
complete with old vehicles littering the roads... The star was also spotted
laughing with cast and crews, and messing around with his wand on set...
(article in METRO with photos) 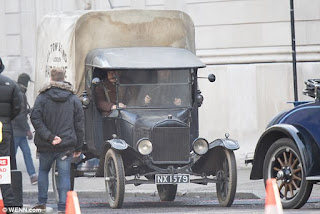 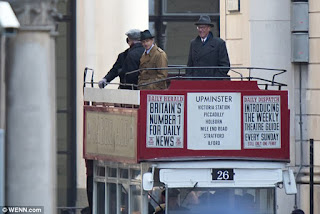 'The Crimes Of Grindelwald' set photos from Sunday (19.11.17) in London
(via @FBAWTFTfilms) The Newton Scamander’s smile is really contagious! (via eddie-redmayne-italian-blog)
A ray of sunshine 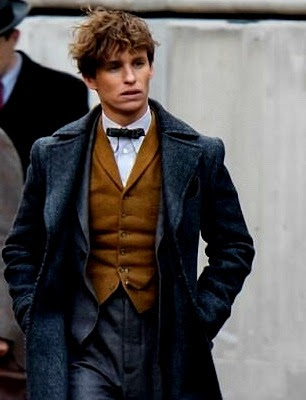 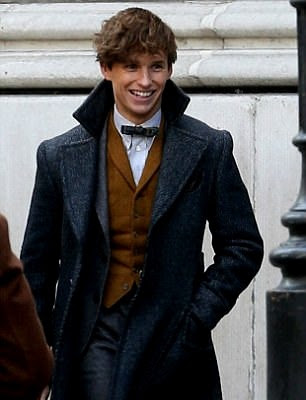 EW: David Heyman producer on why the sequel is better than the first.
“We delve deeper into [J.K. Rowling’s] wizarding world — we’re in Paris,
we’re in London and New York — the world is expanding,” Heyman says.
“As you can tell from the [cast photo], we’re following quite a few characters.
The new film has a very different feel than the first. It’s got a thriller quality.
And it’s also a story about love and passion and all its forms — paternal,
romantic, political. And it’s just a thrilling and very fun adventure. We took
all we’ve learned from one and just expanded that and created a richer,
deeper and more thrilling film which I’m excited to be a part of.”
EW: Fantastic Beasts sequel confirmed set 'almost entirely' in Paris

Update 22nd Nov.: Eddie Redmayne in full Newt Scamander gear while filming
Fantastic Beasts 2 on Saturday - short video by @pearlanddean on Instagram
Newt and Eddie - Filming a take, then back, to prepare for one more.