Japanese (International) trailer for The Crimes of Grindelwald

Several new scenes are featured in the new Japanese trailer, including
one of Newt's reunion with Queenie and Jacob.

The new trailer reveals lots of brand new footage from the film,
with new scenes of heroes' reunion, French Ministry chase, showing
off the Dark Wizard and new creatures in action.

According to Eddie Redmayne the way Tina says hello to Leta for the first time
is the most beautiful little moment. I think this is it.

More shots of the adventures in the French Ministry.

I think this "big kitten" will be very helpful.

We'll need some tissues as well, I think. I read some spoilers in the Hungarian VOX magazine's
character descriptions about what happened to Queenie and Jacob at the beginning of the film.

The picture below is not from the trailer, this is a new still of the movie, and
I think the sad expression on the face of Newt and Tina related to Leta's story. 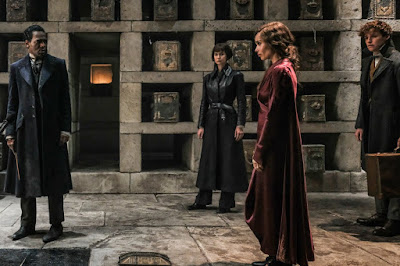 source: @FBFilmSeries on Twitter
More new stills on beautifulballad.org via mj-cat.tumblr.com
You can find the 55 hi-res images in the Collider article too

Grindelwald's attack against the good guys. 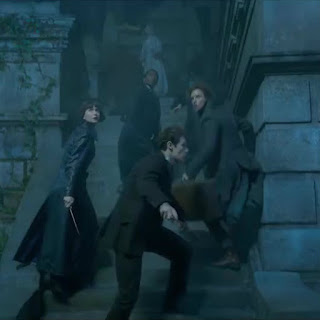 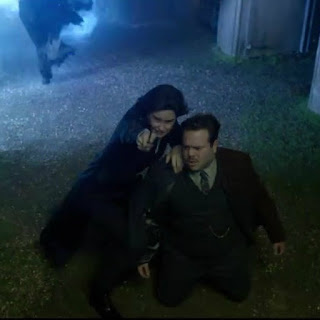 Newt, Theseus, Tina and Yusuf Kama in action together.

One more new still shows this scene from an other point of view. (beautifulballad.org)
I think the man in the distance is Albus Dumbledore

One of Eddie's new favorites, a baby niffler in action.

I'm trying to keep up with the accelerated FBTCOG promo, and
make posts about the events and publications as soon as possible.
Please check my tumblr for more news.