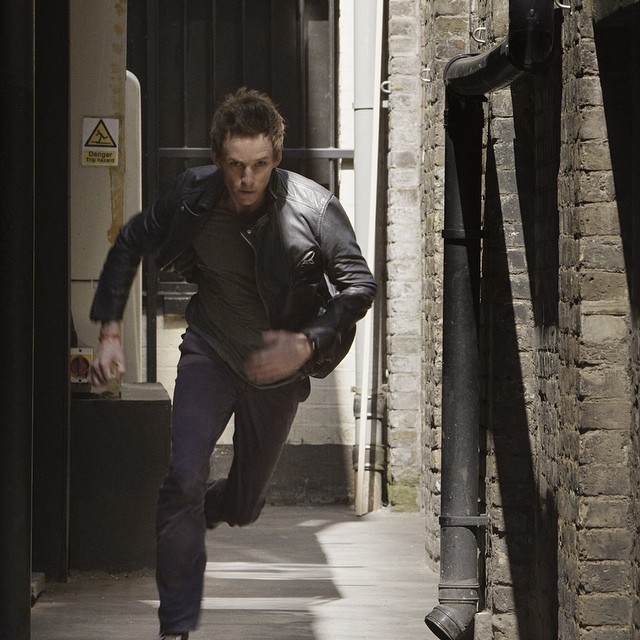 Article: British Stars Take A Run At Beating Cancer
British actors have been filmed running toward a camera to demonstrate the urgent need to accelerate new cancer treatments in the UK. Tom Hardy, Benedict Cumberbatch, Michelle Dockery, Gillian Anderson and Idris Elba who were filmed and photographed for the Stand Up To Cancer campaign. The short film also features Eddie Redmayne, Anna Friel, Sheridan Smith and Steve Coogan.
The Cancer Research UK campaign was shot by English photographer Greg Williams...

Akt Now. Save Lives. Stand Up To Cancer. 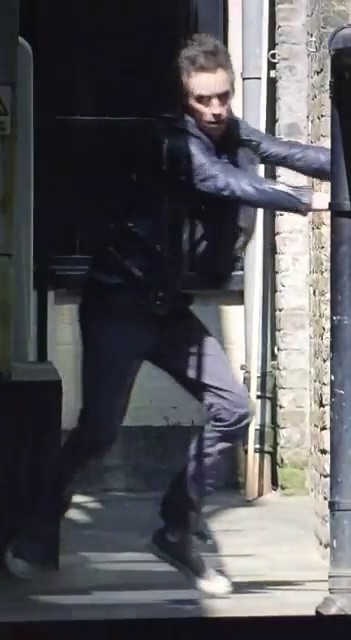 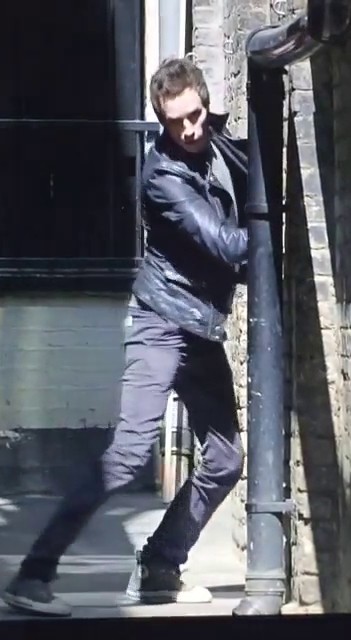 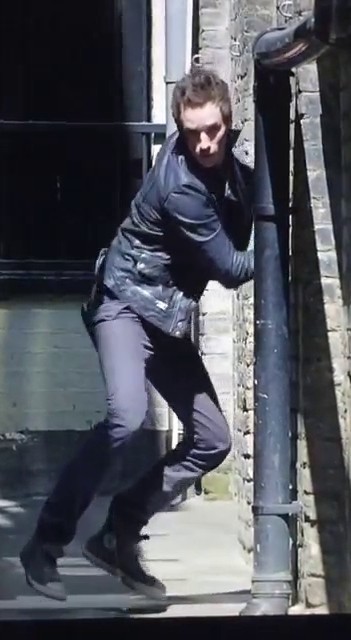 (x)
The campaign in The Times Magazine (Sept.6):
Dashing celebrities – all part of photographer Greg Williams’s charity campaign.
When the photographer Greg Williams took these pictures, he was looking for one thing: urgency. Gillian Anderson flung off her heels and ran barefoot along the pavement; Idris Elba bolted down a London street; Steve Coogan leapt over a hedge. It was all in aid of the Stand Up To Cancer campaign, which launches this autumn.
Williams lost his mother to ovarian cancer in 2008, after three relapses that spanned 19 years. For this project he asked his subjects to sprint towards him “as fast as they can, as if trying to save a life”.
The first person Williams enlisted was his good friend, the actor Tom Hardy, who charged down the road near his house in a dressing gown and boxer shorts. The idea was that, “He could have just been making his breakfast at home and then suddenly it’s this mad call to arms. He drops everything and the most important thing in the world is saving that life,” says Williams.
Other stars soon came forward to support the campaign. Benedict Cumberbatch, Eddie Redmayne and Anna Friel all took part in a bid to increase awareness. “The quicker we move, the faster we can find cures and help people,” says Williams. “It makes perfect sense really.”
Stand Up To Cancer is a joint national fundraising campaign from Cancer Research UK and Channel 4 standuptocancer.org.uk 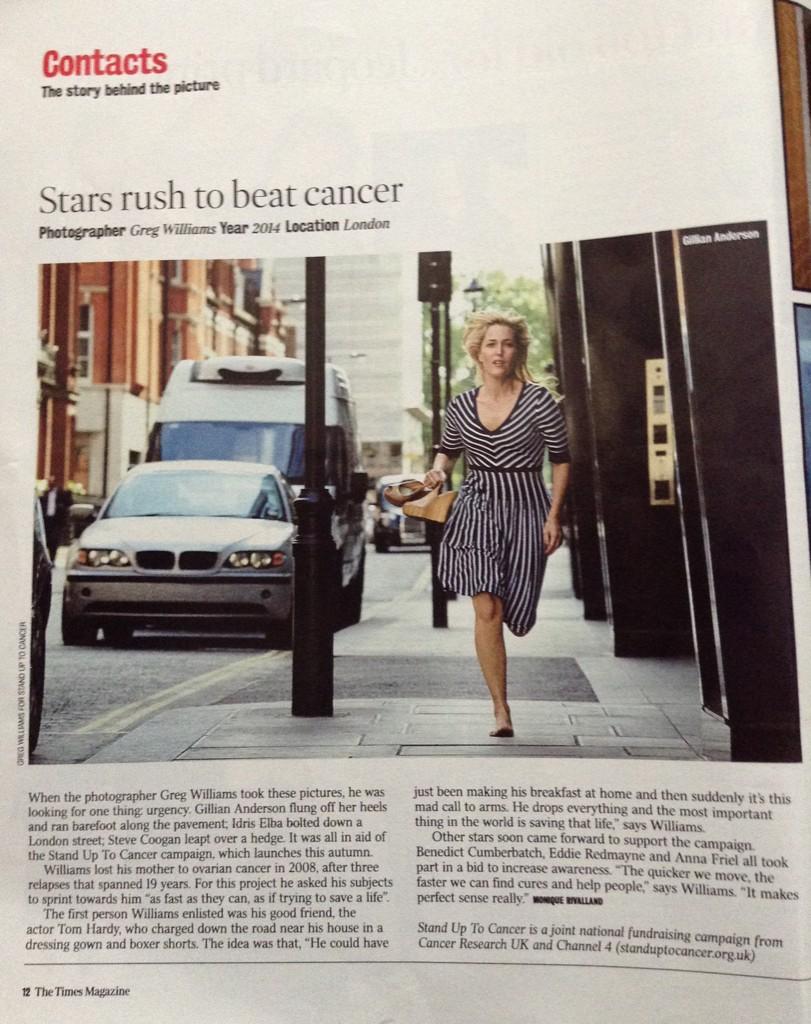 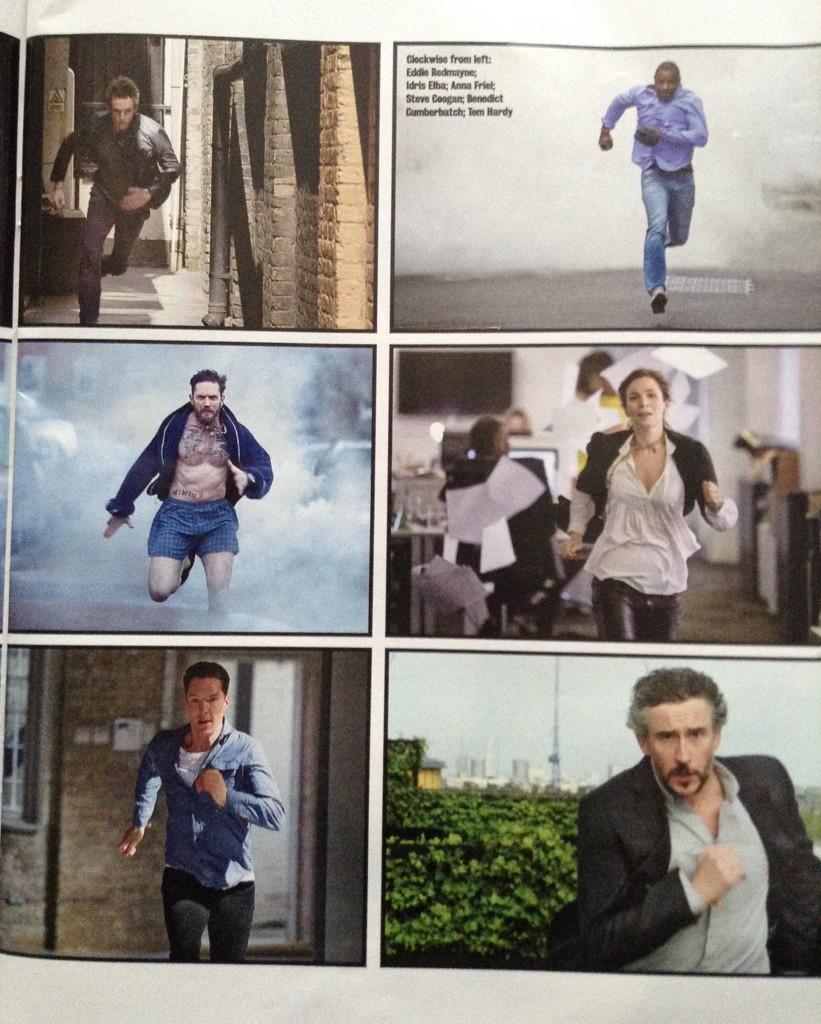