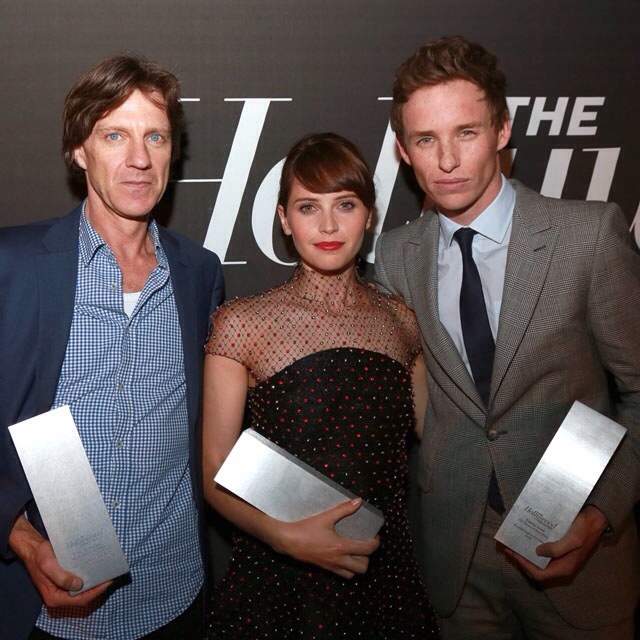 (x)
The Hollywood Reporter:
Toronto: THR Honors 'Theory of Everything' Stars and Director With Breakthrough in Film Awards

Eddie Redmayne, Felicity Jones, and director James Marsh were recipients of the 2nd annual award at a bash at the Thompson Hotel.
The pink-emblazoned clouds from the setting sun on Saturday night were a far cry from the previous 24 hours, where apocalyptic thunder and lightning engulfed Toronto, and was a gentle backdrop to The Hollywood Reporter’s 2nd Annual Breakthrough In Film Award cocktail reception which honored the talent behind Focus Features’ love drama, The Theory of Everything.
“It was like Batman lightning!”said honoree Eddie Redmayne,who portrays Stephen Hawking in the adaptation of Jane Hawking's memoir, of the previous night's torrential downpours... 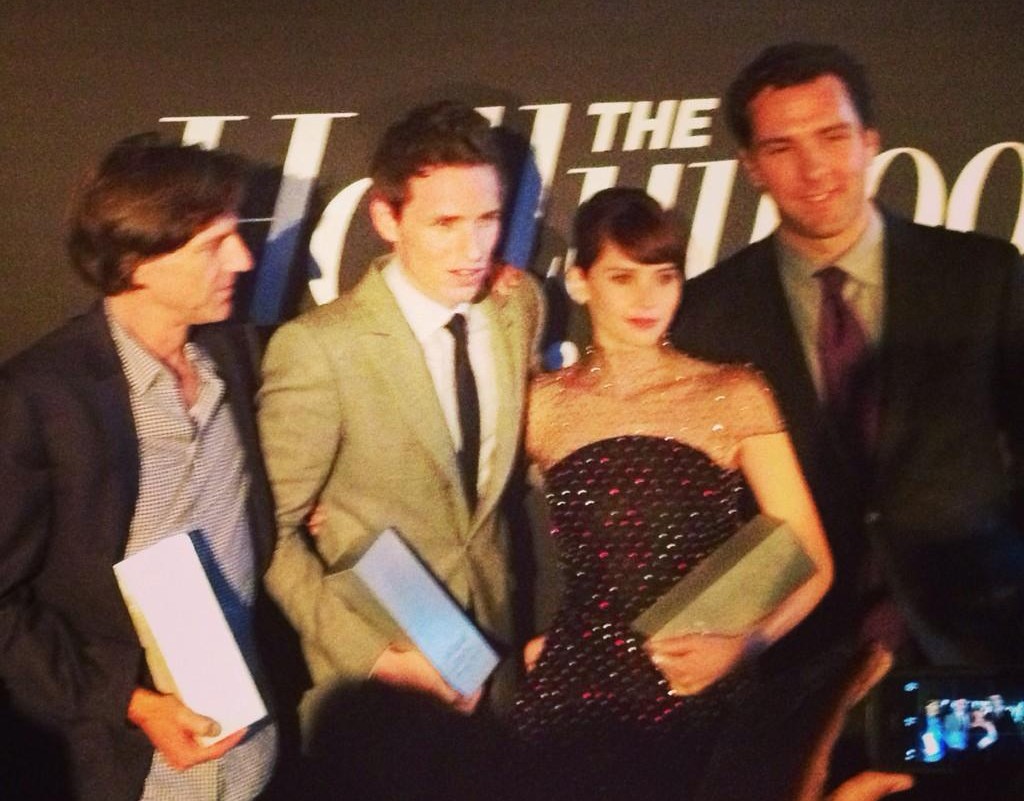 (x)
If the weather was a top conversational topic, the top entourage of the evening was Everything’s group of Redmayne, Felicity Jones, and director James Marsh, the evening’s honorees, as well as screenwriter Anthony McCarten, and producers Eric Fellner and Lisa Bruce. Marsh, Redmayne and Jones were presented with their Breakthrough in Film awards by THR Executive Editor Matt Belloni... 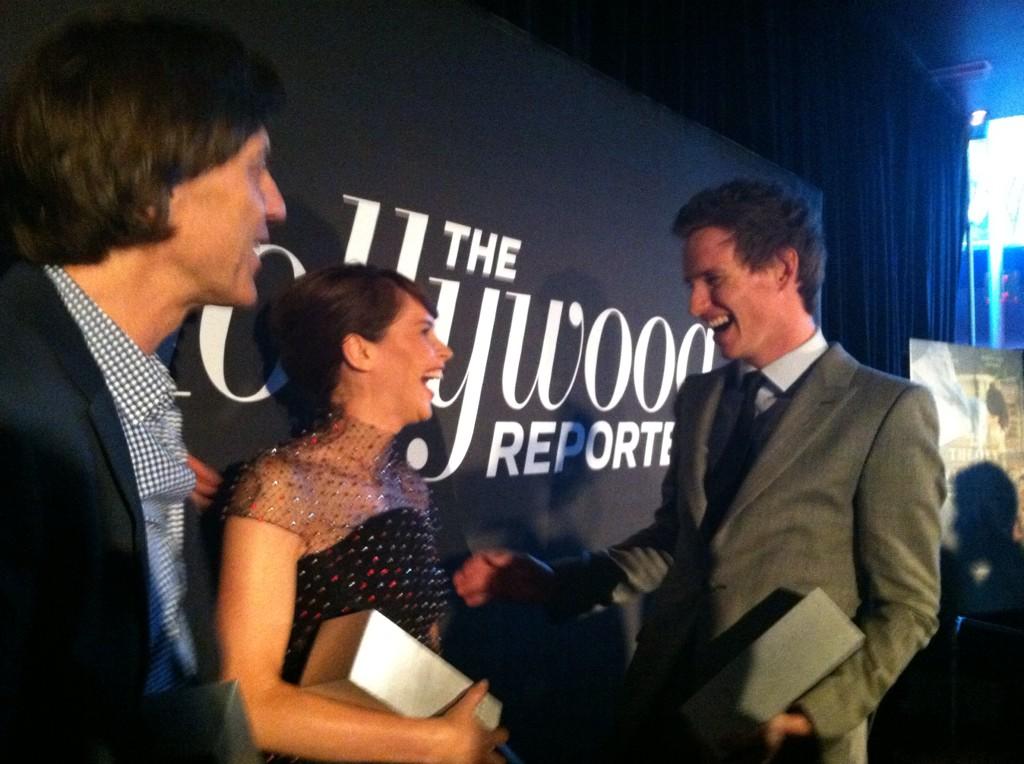 (x)
...Jones admitted she and Redmayne were nervous ahead of the movie’s Sunday night premiere, mainly because they were so invested in their real-life counterparts. “We care about the story and we care about the people,” she said. “They let us into their lives and it was an intimate process. It feels personal for us”...

THR's Breakthrough in Film Awards Soiree
From the Toronto Film Festival, The Theory of Everything stars Felicity Jones, Eddie Redmayne and
director James Marsh share what it was like to work on their movie about the life of Stephen Hawking.
Update: link to gifs from the video  - gifset2 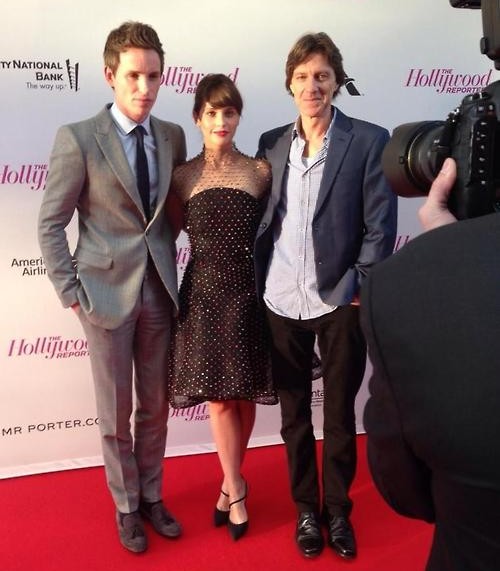 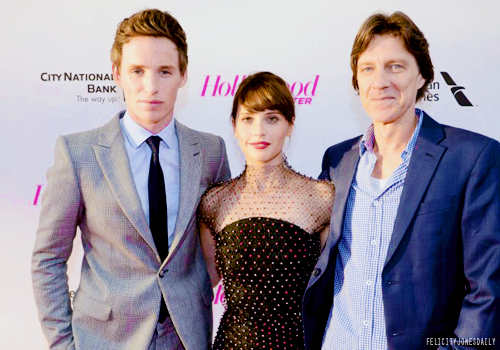 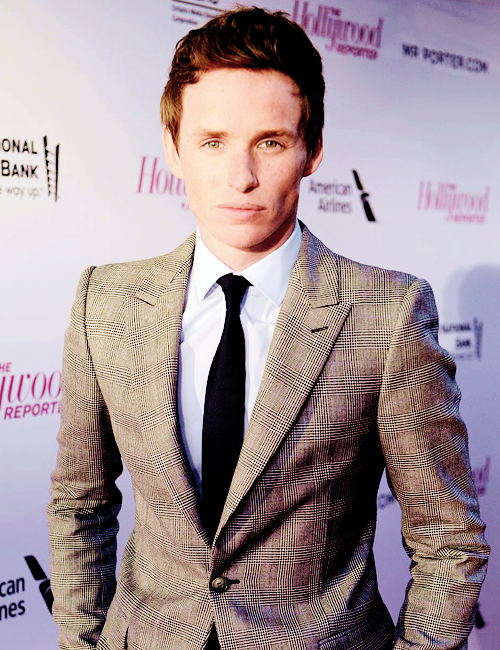 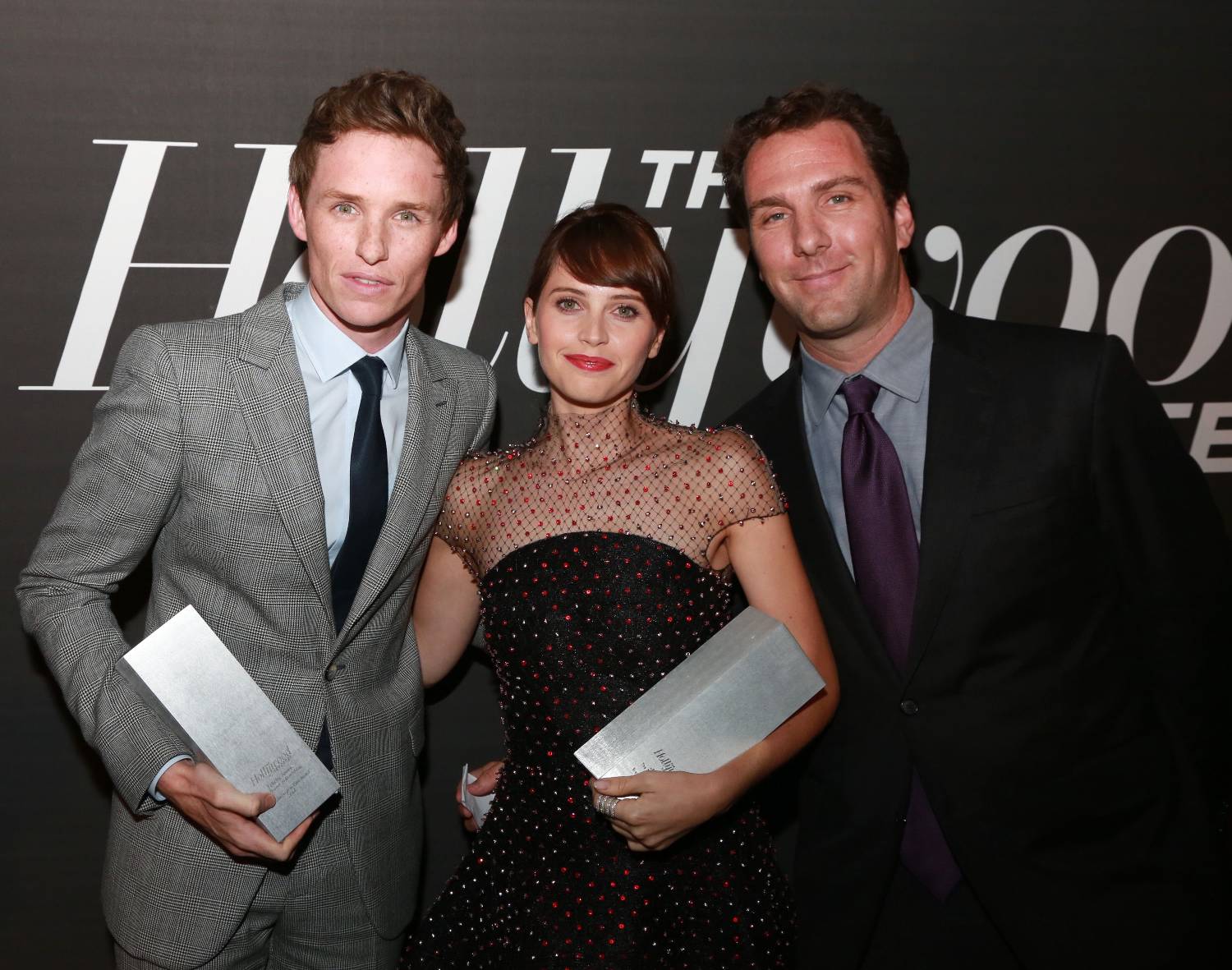 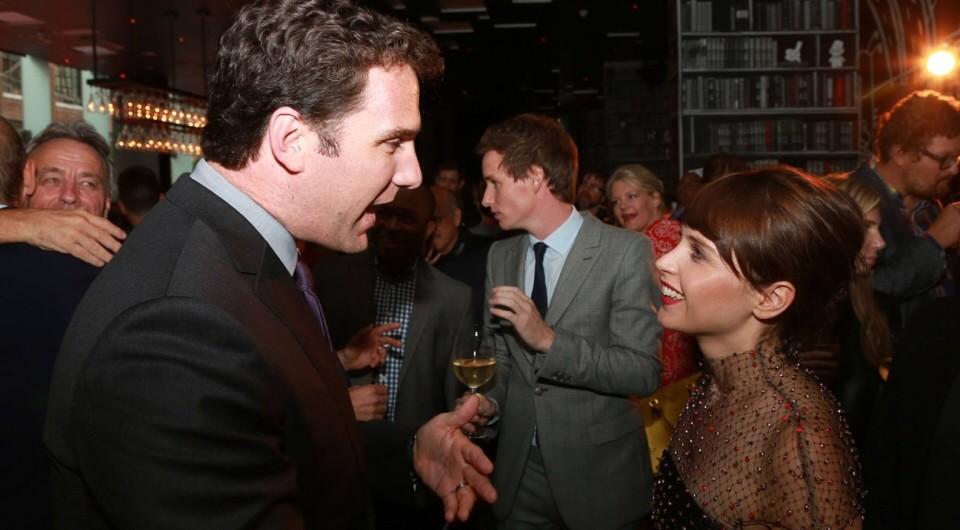 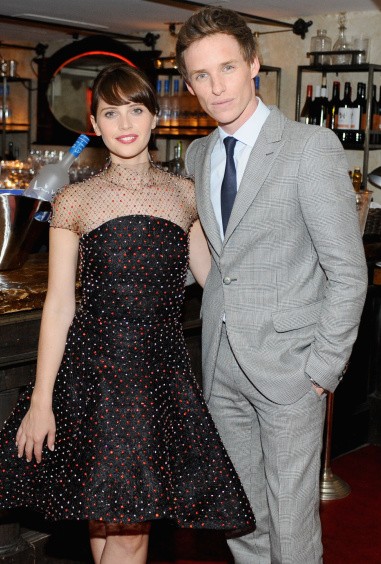 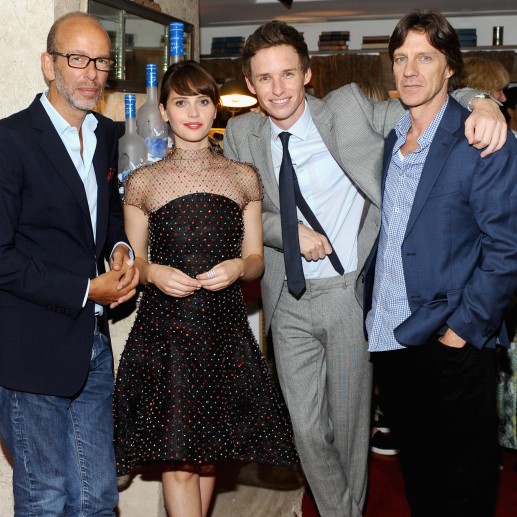 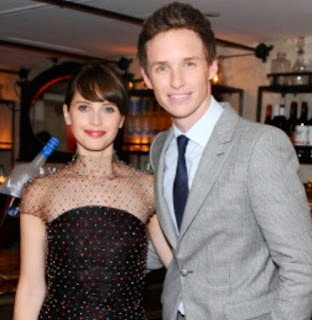 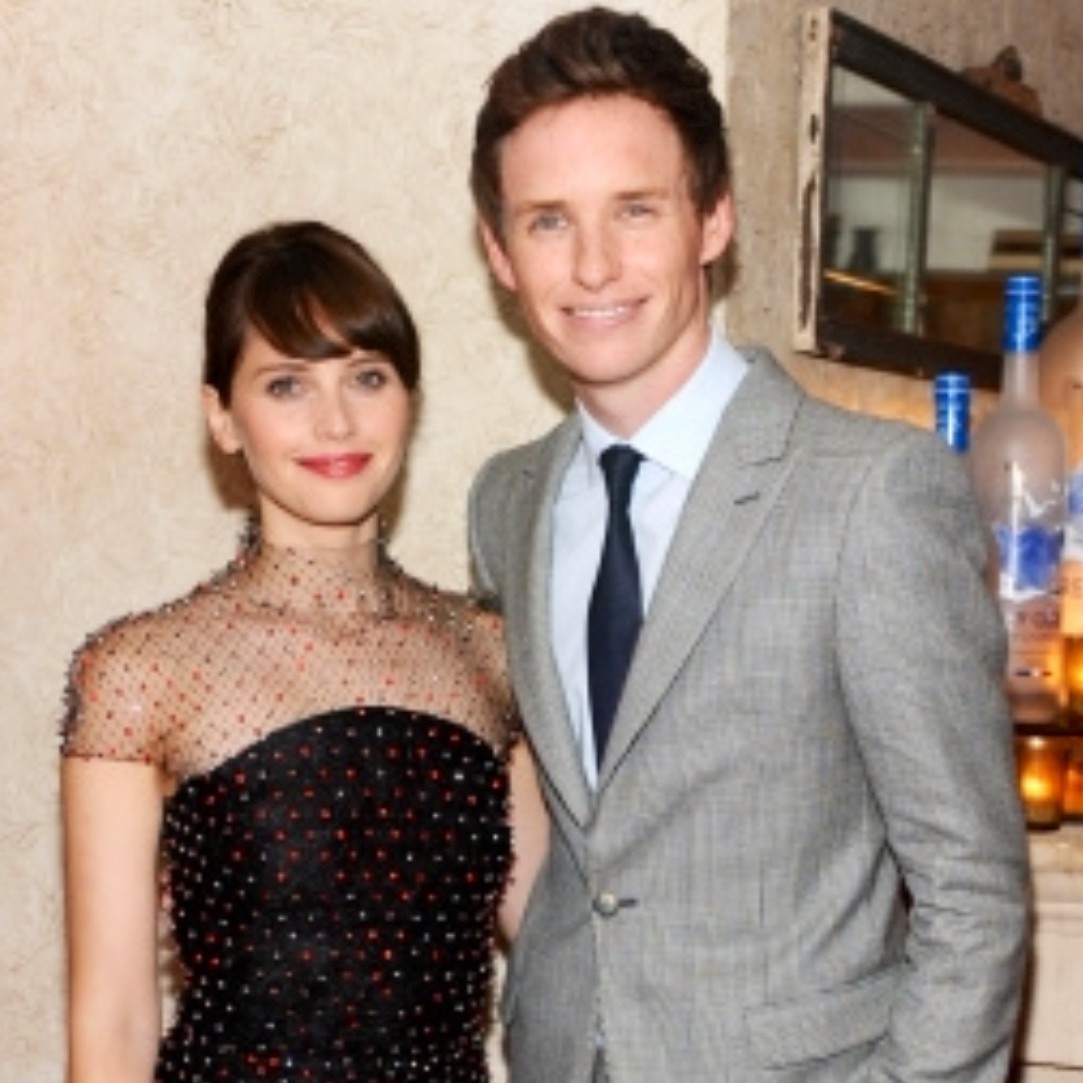 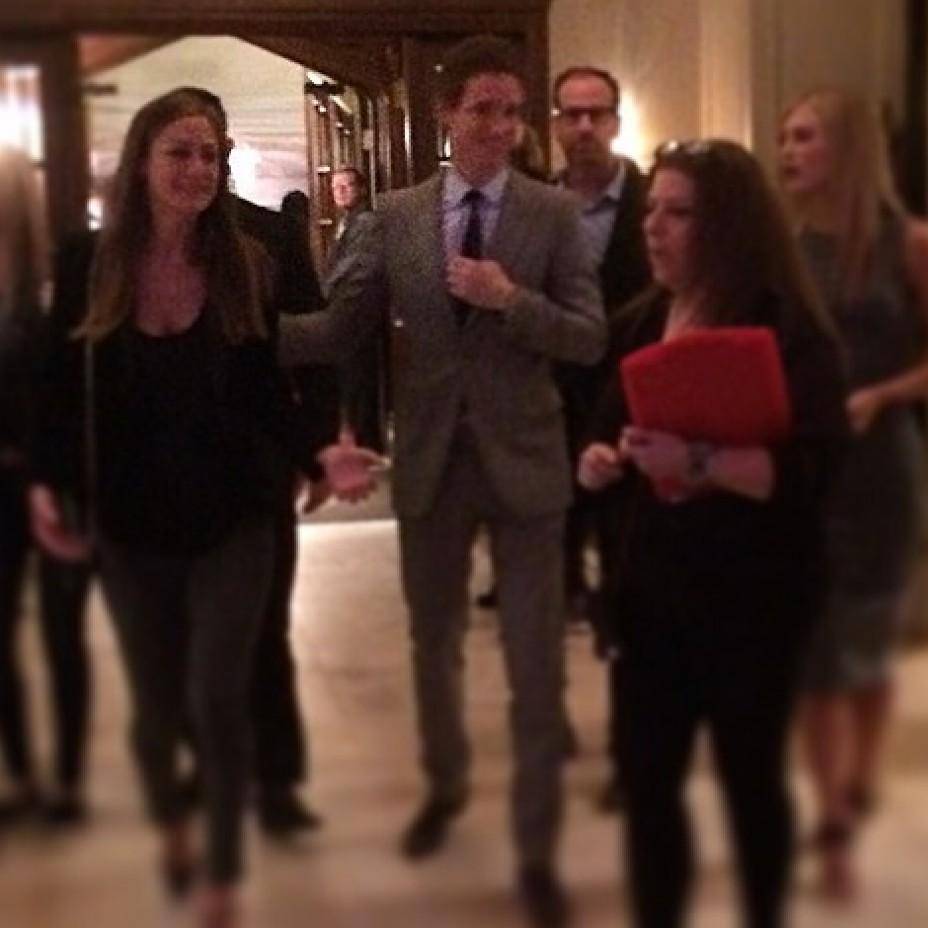 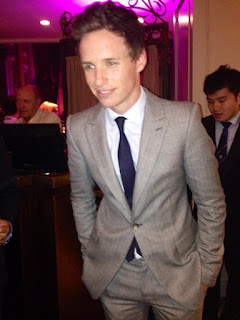 theglobeandmail: Last Night's TIFF FOMO
...The ratio of celebs and civilians was close to 1:1 at last night’s InStyle party at The Windsor Arms, easily last night’s hottest ticket given the guest list that read like the Vanity Fair Oscar bash. Famous faces included Jake Gyllenhaal, Naomi Watts, Benedict Cumerbatch, Jon Stewart, Channing Tatum, Laura Dern, Matthew Goode, Felicity Jones, Eddie Redmayne, Madeleine Stowe, Patricia Clarkson, Juliette Binoche, Chloë Grace Moretz, Josh Charles, Gael Garcia Bernal, Greta Gerwig, Ben Stiller, Mark Ruffalo, Paul Dano and Chris Evans – who joked about his apparently devolving acting skills, telling pals, “I saw an old performance of mine recently and I think I’ve gotten worse in the last 10 years.” Inside there was a lot of “you were great in this” and “looking forward to seeing you in that.” Redmayne, who stars as a young Stephen Hawking in The Theory of Everything, fielded a particularly high number of back pats. So did Dano, who stars as a young Brian Wilson in Love & Mercy. Gentlemen (and ladies), start your Oscar pools. 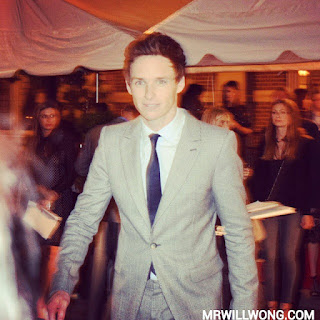 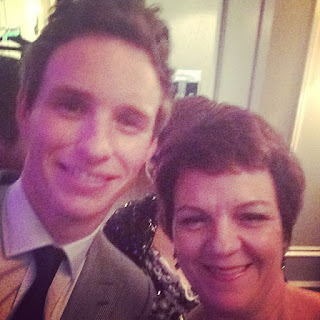 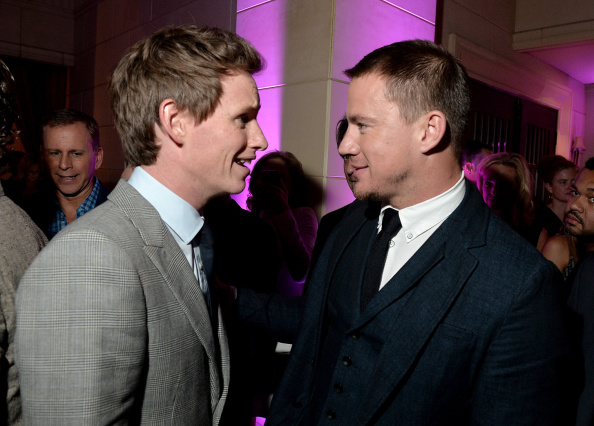 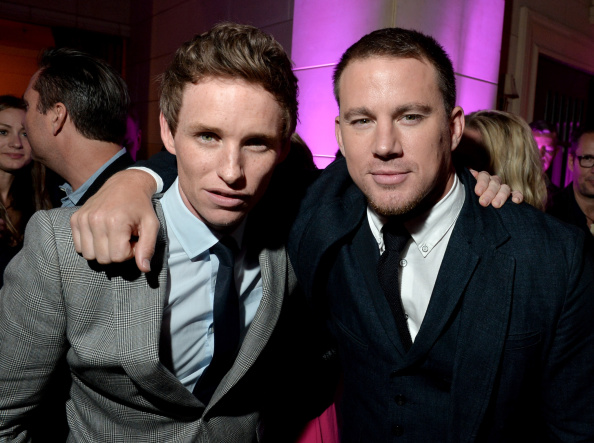