TIFF 2014 Day5 - At the Variety Studio with Hannah, friends and fans

Eddie Redmayne attended the Variety Studio presented by Moroccanoil at Holt Renfrew
during the 2014 Toronto International Film Festival on September 8, 2014 in Toronto 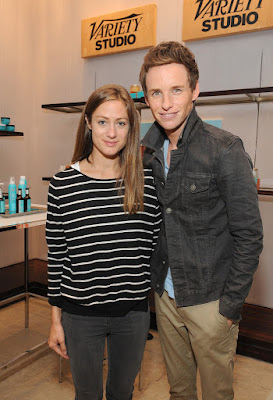 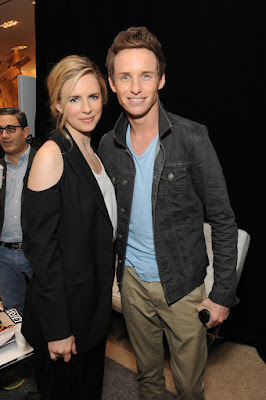 Eddie with Hannah and Brit Marling 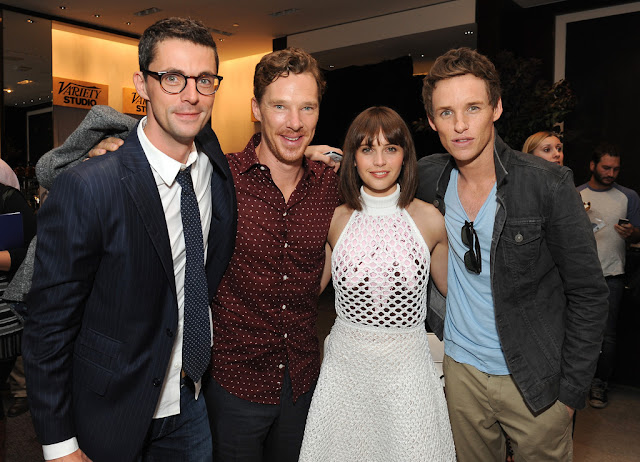 There were plenty of famous faces at the Variety at Holt Renfrew photo studio today, but Benedict Cumberbatch and Eddie Redmayne had eyes only for each other!
In one of the sweetest moments of the morning, the two greeted each other with big (very manly, we assure you) hugs, Redmayne actually bounding across the room when he saw his fellow Brit was in the house. While Benedict sipped on a Fiji water, the two then proceeded to have a proper chinwag, joined by Redmayne’s fiance.
The two are both serious Oscar contenders in 2015 (Cumberbatch for his film at TIFF, The Imitation Game, and Redmayne for The Theory of Everything, also at the fest) but somehow we don’t think they’re letting the competition get in the middle of this bromance. (source) via (x)

I haven’t seen it, but I’ve heard he’s done something truly extraordinary,” Benedict told USA TODAY on Monday morning in Toronto. “He’s a really good friend of mine. We talked about it at the beginning before he started filming. I sort of cheer him on, really, and I think he feels the same with me.
Benedict Cumberbatch on Eddie Redmayne playing Stephen Hawking (viaredbatchedcumbermayned) Benedict Cumberbatch:
“I turn my back for five minutes and there’s somebody playing something I’ve already played before. You can’t be possessive about people you play. I had an extraordinary experience which gave me a relationship with Stephen when I was 26, 25. It was an amazing moment for me, a really defining moment for me. Nothing can take that away from me.
“And nothing can alter the fact that what Eddie’s done in (The Theory of Everything) film is different. And I can sit as an audience member and cheer and be happy about it. For two reasons: It takes Stephen’s story to an even broader audience, and it’s going to celebrate a talented one of my friends who’s one of our best actors. It’s a win-win.”
Photo: Brilliant Brits at TIFF 2014 Vanity Fair Studio today - Matthew Goode, Benedict Cumberbatch, Felicity Jones and Eddie Redmayne (x) (x) 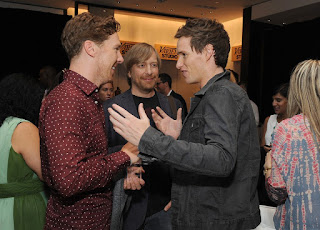 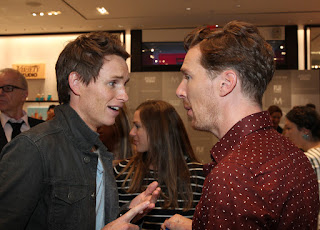 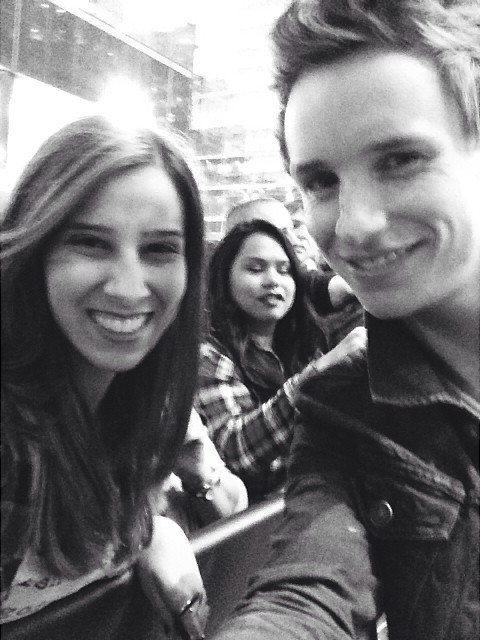 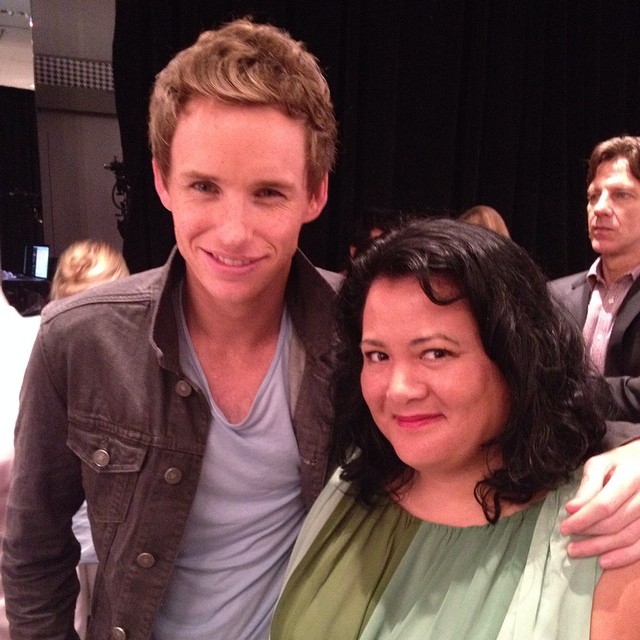