BreakingNews.ie: Eddie Redmayne speaks about his Bafta nomination
“I’m feeling amazing, I’m feeling really extraordinary, we’re in Los Angeles and we just found out so we’re about to open a bottle of something. I grew up watching them and so many of those great actors that I admired growing up were British and I’ve been lucky enough to go to them a few times, and it’s a really phenomenal event, so being nominated and being included in that list of people is a real privilege for me.” 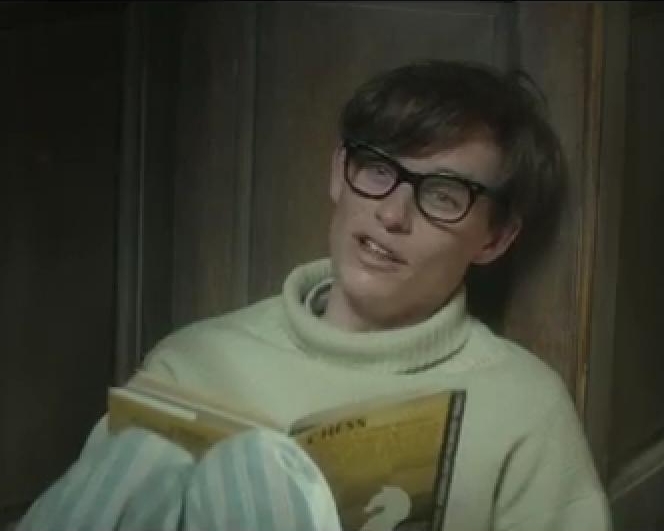 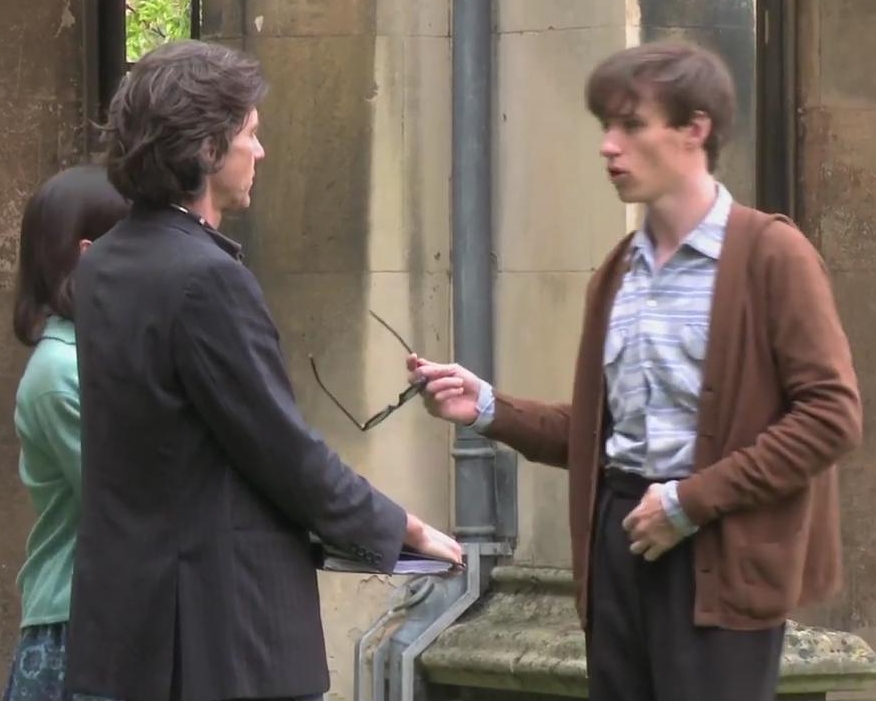 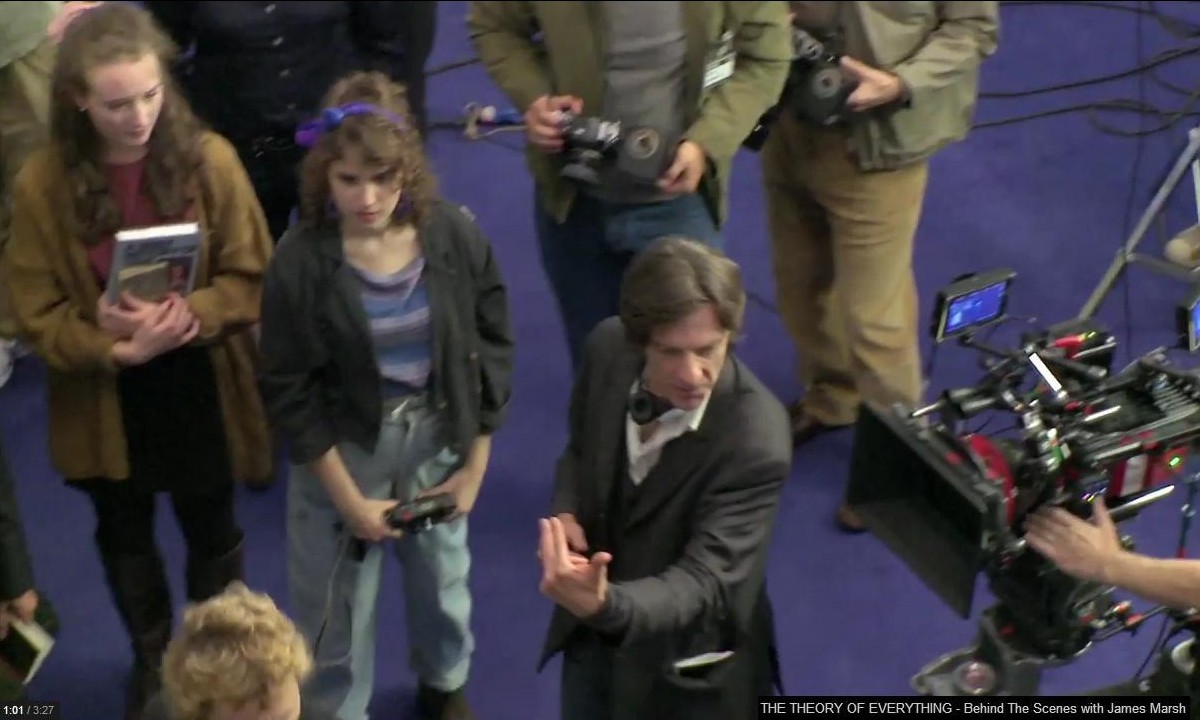 One of my Redmayniac friends Olivia with James Marsh on the last pic (x) She was an extra. Golden Globes weekend is upon us! The editors of InStyle kicked off the party-filled weekend last night (Jan. 9) by co-hosting a soiree alongside Focus Features and L’Oreal Paris to celebrate the cast of The Theory of Everything’s nominations at the Chateau Marmont in Los Angeles.

Star Eddie Redmayne was the first to arrive in a Gucci suit. “A night like this is all about friends,” the Best Actor nominee said as he walked into the sixth floor suite overlooking the Los Angeles skyline, where he soon found himself in a room full of old and new pals. He stopped to chat with everyone in his path as he made his way to the balcony and did not turn down one selfie request– a class act! “Frankly, the fact that people enjoyed the film is such a wondrous relief,” he said of the emotional movie. “And I apologize for the Kleenex sales!”

Felicity Jones quickly joined him in the celebration, radiant in an Alexander McQueen black dress and Sophia Webster shoes (both British labels and a nice nod to her home country). “It’s lovely to share this with Eddie because he’s such a special actor and such a special person,” said the Best Actress nominee, as hits like Sam Smith’s “I’m Not the Only One” played in the background. “Every week when we keep getting these nominations, which is so exciting, [he sends me texts] like Aghhh! Woohoo! Ahh! It’s like a scream—terror and excitement in one.”

Friends Kate Mara and Jamie Dornan (a.k.a. Mr. Christian Grey from the upcoming 50 Shades of Grey) stopped by to offer their own congrats to Redmayne, Jones, and director James Marsh. “Eddie and I have known each other for 12 years or something,” said Dornan, while sipping a beer. “He’s been nominated for everything! And the energy that takes over this period of time, over awards season, I can’t really believe his schedule. I’m so proud of him.”

Guests munched on truffled risotto arancini, and lobster and chive salad tarts while they mingled and chatted about awards season revving up. And now that the season is fully in motion, we wondered, does Redmayne have his own “theory of everything” about Hollywood? Turns out, he does. “When it’s good, it’s extraordinary,” he said. “When it’s bad, get out of town.” (x) 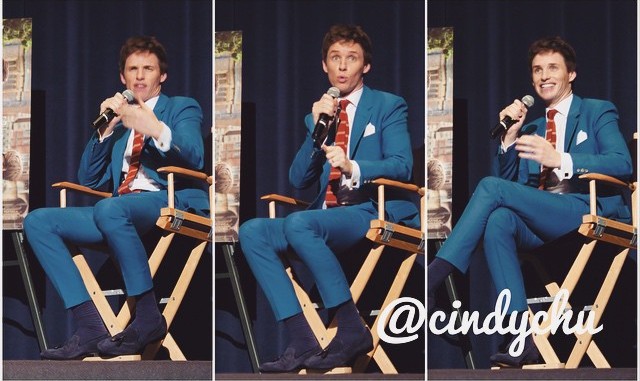 cindy-chu: The many faces of Eddie Redmayne! Had such a blast at the #theoryofeverything screening
for @sagaftra today w/live Q&A with #eddieredmayne! at Harmony Gold Screening Room (x)