Eddie Redmayne spotted at LAX Airport on Saturday. He attends a few events in Los Angeles and it's neighborhood. He attended the PGA and SAG Awards this weekend (more about these in my next posts). 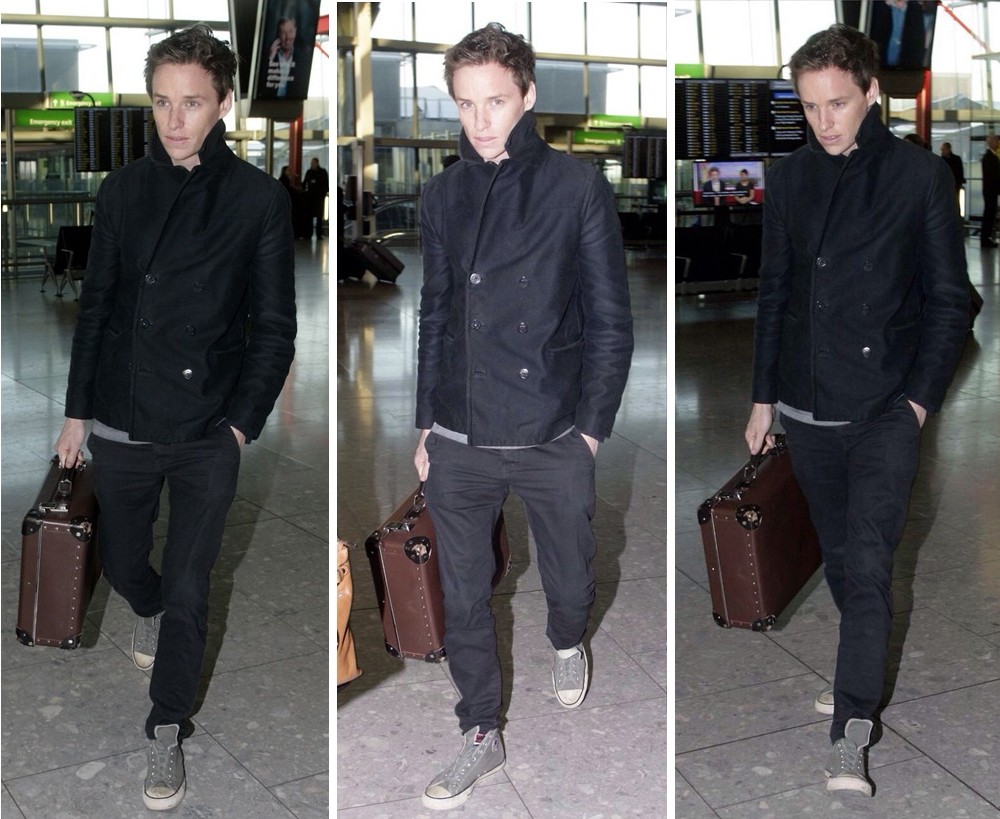 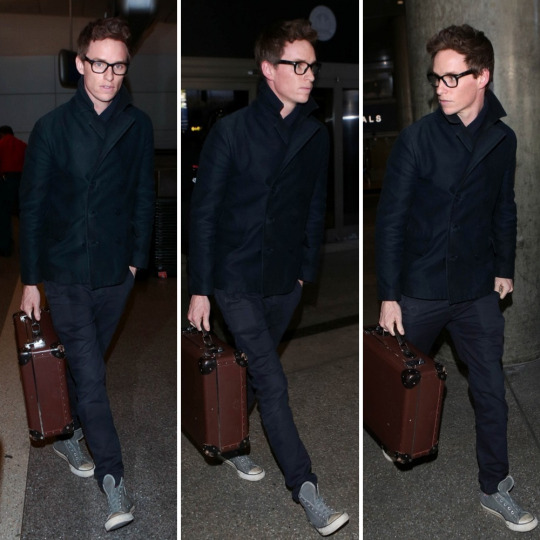 
Facebook Q&A on Wednesday, Jan. 28, 1 pm EST
Here’s your chance to ask Eddie Redmayne about his film, “The Theory of Everything,” in which he plays cosmologist and physicist Stephen Hawking. Redmayne will be taking over the WSJ Speakeasy Facebook account Wednesday at 1 p.m. ET / 10 a.m. PT to answer some questions by readers.

“These two actors continue to impress, and we are honored to have them at SBIFF to celebrate their fantastic body of work. Eddie Redmayne’s and Felicity Jones’s performances together in THE THEORY OF EVERYTHING are nothing short of an astonishing collaboration, recalling the alchemy of Daniel Day-Lewis and Brenda Fricker in MY LEFT FOOT.” – Roger Durling, SBIFF Executive Director
The Cinema Vanguard Award was created in recognition of actors who have forged their own path – taking artistic risks and making a significant and unique contribution to film.(x)
The event takes place on Thursday, January 29, 2015 8:00pm Arlington Theatre
At the dramatic and beautiful setting of the historic Arlington Theatre, SBIFF tributes are an all-star experience, where crowds of fans line the streets to catch a glimpse of the celebrity honoree’s walk down the red carpet. Over 2000 guests fill the theatre and are treated to an hour and a half of intimate conversation about the tributees career, complete with clips and montages from their body of work. The evening culminates with an award presentation by a special guest to applaud their great film achievements. Always insightful, and often humorous and thought provoking, tribute nights are not to be missed.
This tribute was created with the intention of honoring actors with the tenacity to forge new ground in their craft. Past recipients: Martin Scorsese and Leonardo DiCaprio, Amy Adams, Jean Dujardin, Berenice Nejo, Nicole Kidman, Vera Farmiga, Peter Sarsgaard, Stanley Tucci, Christoph Waltz, Kristin Scott Thomas, Ryan Gosling (x)

19th Annual Art Directors Guild Excellence in Production Design Awards Jan.31, 2015
Eddie is among the presenters on Saturday at the Beverly Hilton Hotel’s International Ballroom with comedian Owen Benjamin serving as host. The Theory of Everything is nominated for Best Production Design, Period Film.

SAG Awards Auction
Benefiting the SAG Foundation. Auction runs Friday, January 23 at 9 p.m. (ET) / 6 p.m. (PT) through Monday, February 2 at 9 p.m. (ET) / 6 p.m. (PT)The auction offers movie and television fans the chance to win autographed collectibles signed by this year’s nominated actors and casts, including an original wardrobe piece worn by Eddie Redmayne in The Theory of Everything. - A sneak preview of the auction items
Now is the chance to bid on Eddies glasses from TToE:
Rare "Theory of Everything" Package - Eddie Redmayne, Felicity Jones

One more auction in support of St Mungo’s Broadway
(help homeless people get ahead)
Stars like Eddie Redmayne, Hugh Jackman, Ed Shearan, Hugh Laurie, Brian May etc. offered their hats for the auction.
(On eBay from Friday 23 January to Sunday 1 February)
You can bid for Eddie's signed white Christy's panama hat here.