(x)
Felicity Jones: SAG Career Q and A in NYC

“Theory of Everything” star Felicity Jones, and her onscreen hubby, Eddie Redmayne, attended a
Screen Actors Guild “Career Q&A at NYIT Auditorium on Broadway” on Monday.
The small venue, with a running time of just over an hour, brought the two leads of a much buzzed about film to discuss the Steven Hawkins biopic – seriously… how do you do justice to a certifiable genius on screen? – and, assuredly, how it feels to have so much talk about OSCAR nominations.
The duo arrived separately and were quickly whisked away into the event. But not before we were able to snap a few keepsakes....full article 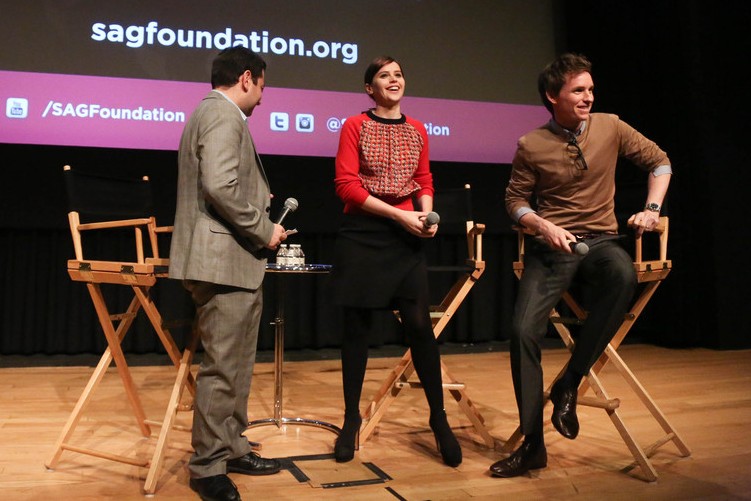 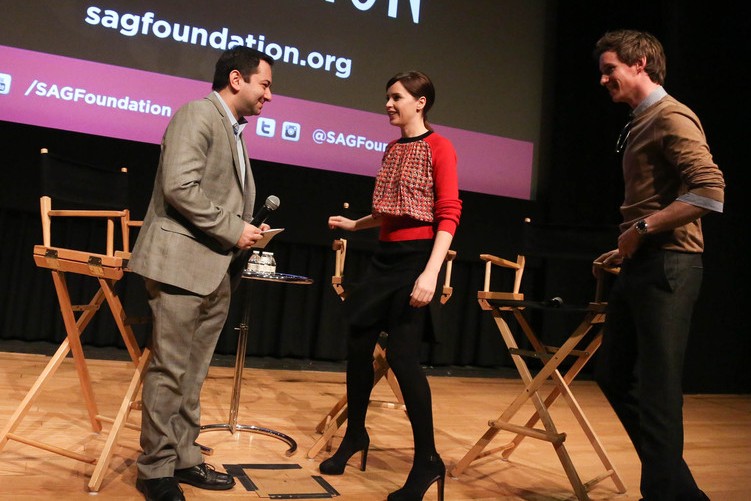 The Theory of Everythingthrough good-natured verbal criticism.
"Eddie and I developed this method where we would give each other direction from behind the camera," Jones explained. 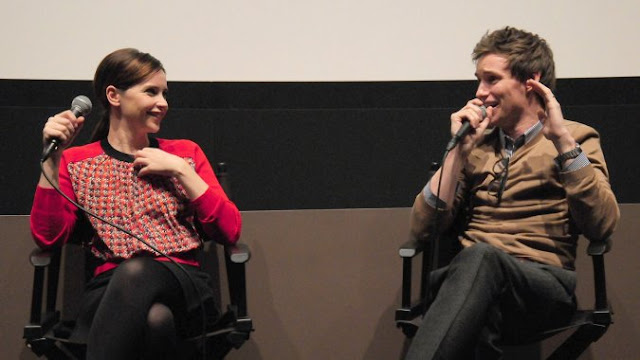 "Felicity is being really polite," Redmayne said, cutting in. "Actually what we'd do — you know that croquet scene? ...
As Stephen was trying to keep it together, I said to Felicity, 'Will you scream some abuse at me from off-camera?' Because we were old friends, she went for the jugular, and I was trying to keep it together. And what was absolutely hilarious is the poor producers and all the crew, here were these two actors on day two of a two-month schedule,
they were like, 'Oh my God, they hate each other!' " ...read more Eddie Redmayne and Felicity Jones at Lincoln Center NYC Film Inc forum on The Theory of Everything,
Jan. 5, 2015. (Instagram christine.minas and indiebizliz) (x)